A beloved poet, Abnoudi was credited with the vernacular poetry movement in the 1960s and using colloquial Arabic in his writings Egyptian poet Abdel Rahman al-Abnoudi reading a poem at the Cairo Opera House, on May 2, 2002 (AFP)
By
MEE staff

Egyptian poet and songwriter Abdel Rahman al-Abnoudi, widely known for his revolutionary verse and criticism of two toppled presidents, passed away on Tuesday at the age of 76, after a long battle with lung disease.

A renowned poet of Egypt's famous 'Sixties Generation,' al-Abnoudi, whose career spanned four decades, was known for his leftist views and published several volumes of medieval poems on Arab hero Abu Zeid al-Hilali and his tribe that travelled through the Middle East and North Africa.

Born in 1939 as 'Abdel Rahman Wahab' in a village called Abnoud in Upper Egypt, the poet later adopted the name “Abnoudi” which helped propel his status as a household name and as a voice of the rural masses.

Poets don't die. They live every time their words are read and heard. https://t.co/Qi41FC3ay1
May Your Soul Rests in Peace. #AlAbnoudi

Abnoudi’s high school teachers in the southern Qena province recognized his writing talents and encouraged him to pursue literature.

After graduation, he enrolled at Cairo University’s Faculty of Arts, but was too poor to complete his studies and instead returned to Qena where he worked in the ministry of justice as a clerk, recording the minutes of court proceedings.

Abnoudi wrote songs for famous Arab singers, including the ever popular Abdel-Halim Hafez nicknamed as the “Andaleeb” or Nightingale, Najat al-Saghira, and Mohamed Mounir. Lebanese singers, such as Sabah and Majda al-Roumi also sang his songs.

Abnoudi is credited as the driving force behind the vernacular poetry movement, in which poems are written in colloquial Arabic that can appeal to everybody, especially those from humble backgrounds, and not just to the elite.

“The movement…addressed extremely important needs in the human dimension of poor people’s lives,” he said in an interview in 2002.

“When it became obvious just how far illiteracy extended, some of us decided to resort to a language understood by everyone. Notwithstanding our different cultural backgrounds, experiences, visions and ability to communicate, the generation of the sixties as a whole had the single inclusive aim of revitalising literature.”

One of his famous works, Al-Mashrou’ wa al-Mamnou’ (The Allowed and the Prohibited), was a response to former president Anwar Sadat’s visit to Jerusalem in 1977 to meet with Israeli prime minister Menachem Begin.

Other poems included Zahma (Crowdedness), Samt al-Jaras (The Silence of the Bell), and his Palestinian epic 'Death on the Asphalt,' which was listed as one of Africa’s Great Books of the 20th Century in 2011 at the Zimbabwe International Book Fair.

Egyptian President Abdel Fattah al-Sisi reportedly called Abnoudi’s wife to express his condolences. A statement released by the presidency on Tuesday described Abnoudi as a sincere and great poet.

“Egypt and the Arab world have lost a great poet and a sincere pen, a citizen who loved his country and the Arab nation,” the statement said. “He enriched vernacular poetry through his poems, which reflected the authenticity of the Egyptian citizen and Egyptian reality, especially in Upper Egypt.”

Sisi has ordered the Egyptian military to organise the late poet’s funeral procession, which is scheduled to take place today in Ismailiyya.

However, there are some who criticize Abnoudi for supporting the Egyptian army which in 2013 overthrew Egypt's first demoncratically elected president, Mohamed Morsi after mass protests and launched a fierce crackdown on his supporters.

Shahira Amin, the former deputy head and anchor for the state-run Nile TV who had resigned over what she described as the channel’s “biased coverage of the Tahrir events” tweeted that she will choose to remember Abnoudi as how he was in the past, as "a free man."

Abnudi is survived by his wife, TV host Nehal Kamal, and their two daughters, Aya and Nour.

I choose to remember Abdel rahman el abnoudi the way he was in the past...A free man . I will block out the memory of his last days #Egypt 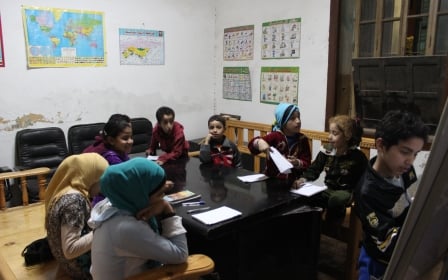 Samih al-Qasim and the language of revolution