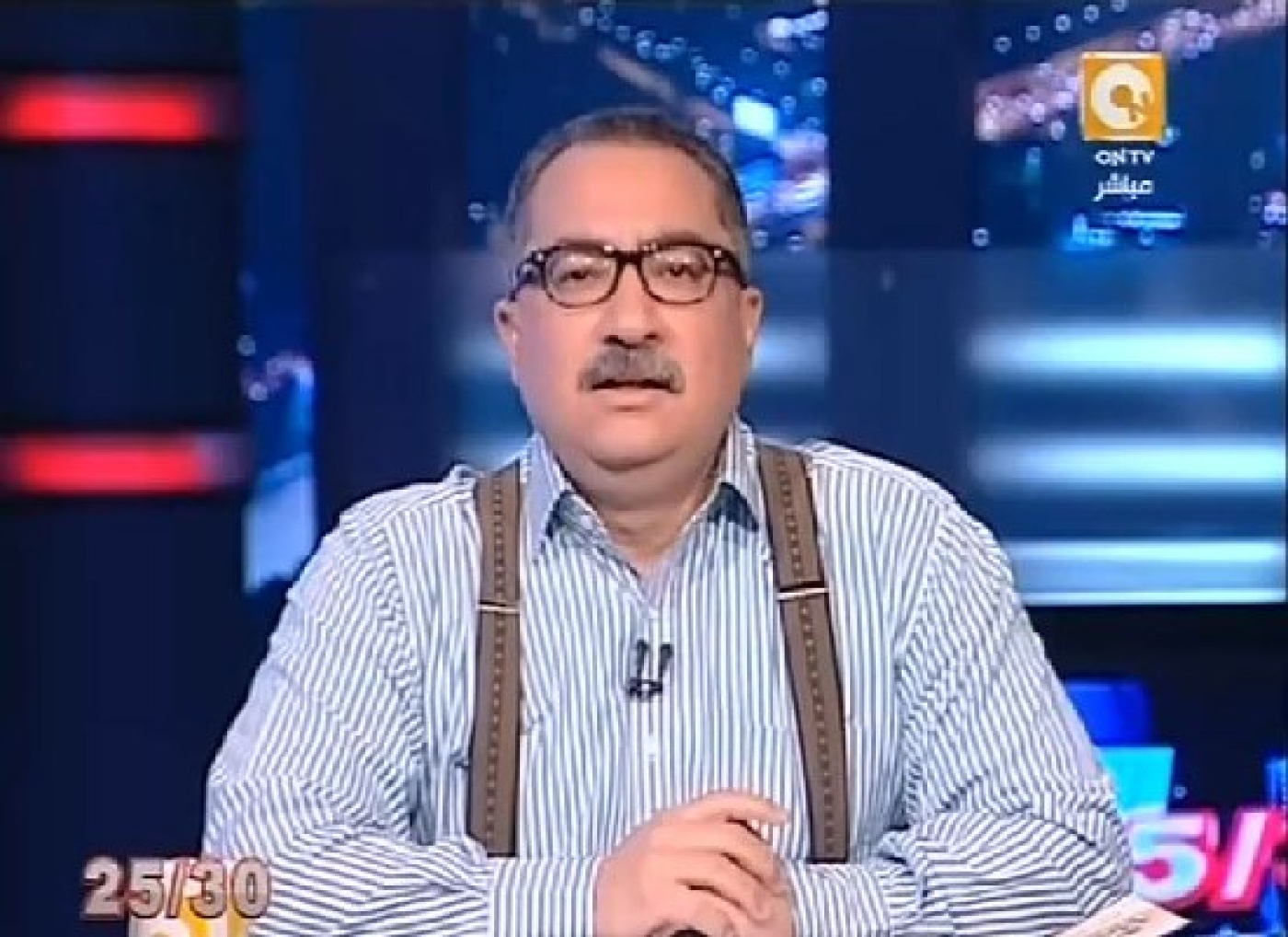 Ibrahim Eissa on his program 25/30, broadcasted on ONTV channel
By
MEE staff

In an unprecedented act in Egypt, a television anchor criticised President Abdel Fatah al-Sisi on Monday for holding celebrations of Labour Day ahead of the international 1 May workers' holiday.

Usually held on 1 May, Labour Day commemorations were held at the police academy in Cairo this year on 27 April due to an upcoming visit by President Sisi to Spain.

Ibrahim Eissa, a long-time television anchor and commentator, criticised Sisi’s decision to hold the celebrations at the police academy rather than at a more worker-orientated venue like a factory.

“Celebrating the day at the police academy is something that cannot be accepted whatsoever,” said Eissa during his Tuesday talk show 25/30 on Egyptian satellite channel ONTV.

Eissa also expressed his surprise that President Sisi’s address was not aired on television, stressing that this was the first time the presidential address for Labour Day had not been broadcast.

“I can understand that there are security concerns, but who said security measures can’t be taken in other places like a factory or the like,” Eissa went on to say.

“What does that mean? Celebrating Labour Day at the police academy - there is a meaning behind that and it is a negative one. We cannot overlook these things,” he added.

An annual holiday in Egypt, Labour Day celebrates the achievements of workers and has its origins in the trade union movement.

Eissa has generally been seen, like other media figures in Egypt and the rest of the Arab world, as reflecting government policies and thoughts on major issues.

In recent months, spats between prominent media figures in Egypt and Saudi Arabia have been seen to highlight policy differences between the two countries.