Only 28.3 percent of electorate voted in parliamentary election that President Abdel Fattah al-Sisi said would mark the return to democracy Fewer than a third of Egyptian voters cast ballots in a national election that returned an overwhemlingly pro-government parliament, according to official results.

Ayman Abbas, the head of the election committee, said that 28.3 percent of voters, roughly 15 million people out an electorate of 53 million, had cast ballots over more than six weeks of voting.

Experts say the new 596-member parliament is expected to have politicians who firmly back the president, Abdel Fattah al-Sisi.

Voters cast ballots for 120 seats that went to party lists and remaining seats for individual candidates. All party list seats went to the For Love of Egypt coalition, a pro-Sisi alliance of parties.

Several secular and leftist groups either boycotted the vote or were poorly represented.

The Brotherhood had dominated elections in 2011 and 2012 for a parliament that was dissolved months later by a court on technical grounds.

Sisi, the former army chief who removed Morsi before becoming president himself, had promised the parliamentary election as the last stage in a return to democracy after toppling his predecessor.

Sisi does not have a party, and had refused to endorse any of the coalitions that contested the election, but he has called for a unified parliament.

Egyptian media has reported that at least 80 members of the parliament were at one time members of Hosni Mubarak's National Democratic Party, which was disbanded after his removal in a 2011 uprising. 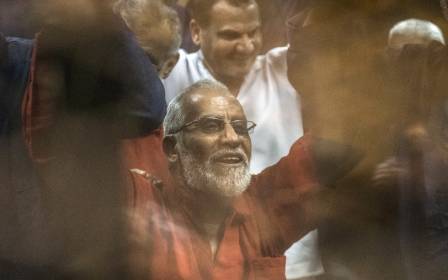