Former vice president absolves himself of blame for killings, and hits back at attacks on him in state media 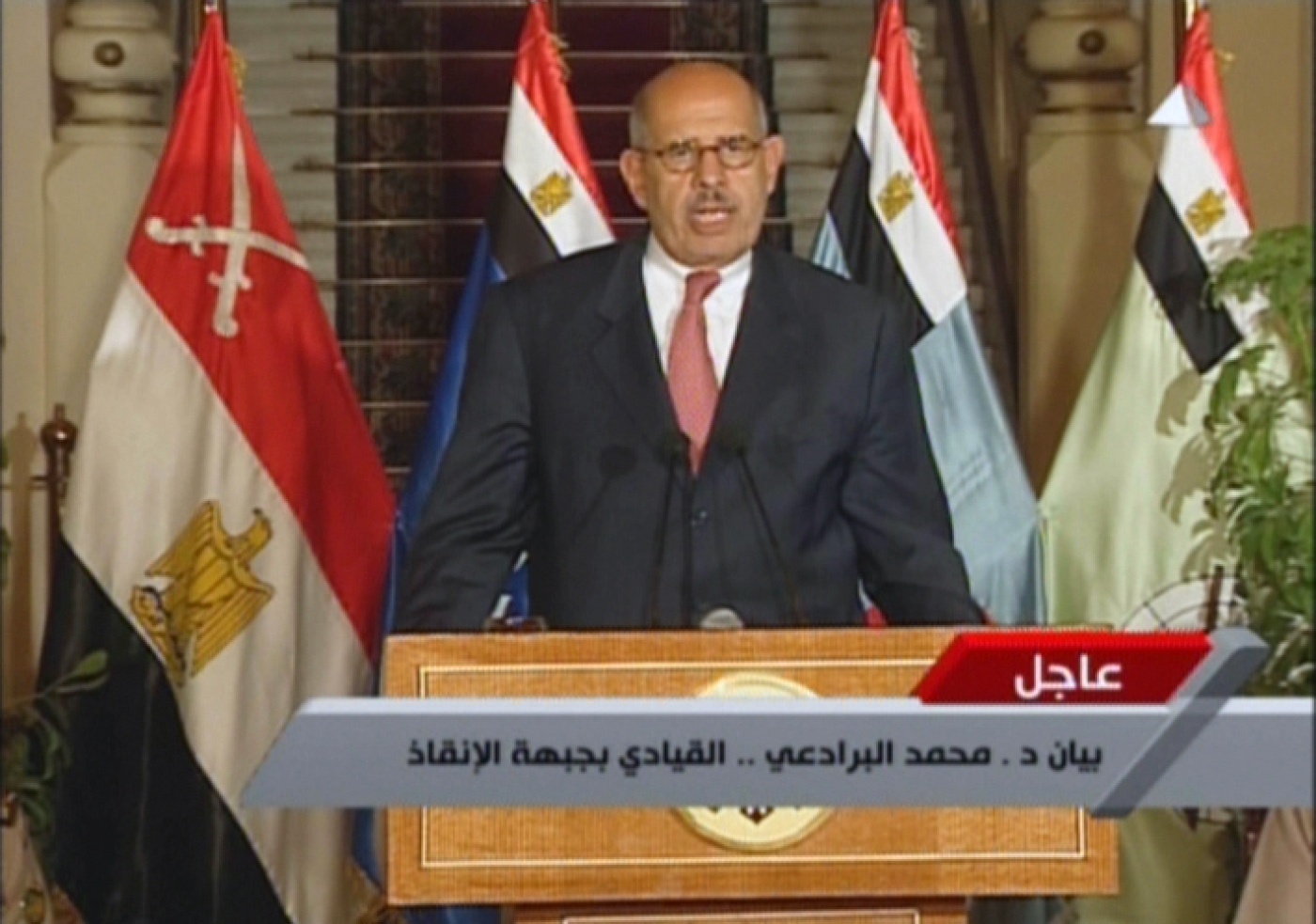 Mohamed el-Baradei delivers a statement on 3 July, 2013 after the military coup against President Morsi (AFP)
By
MEE staff

After a three-year silence, former Egyptian vice president Mohamed el-Baradei on Wednesday published a lengthy social media statement attempting to absolve himself of blame for the Rabaa massacre, and hitting back at recent attacks on him in the state-run media.

Baradei wrote that the country's armed forces had called him, along with "representatives of all the political forces," to a meeting on 3 July 2013, the date of a popularly backed military coup against elected president Mohamed Morsi.

"It was believed that this aimed at discussing the explosive situation on the ground, in response to the demands of the huge crowds. They had been rallying across Egypt since 30 June calling for an early presidential election, due to the sharp polarisation in the country and the threat to national unity,” it went on.

“I was taken by surprise at the start of the meeting to learn that the president of the republic [Mohamed Morsi] had in fact been detained by the armed forces on that very morning, without the prior knowledge of the national forces… As such, the options available became limited. Naturally, these did not include the possibility of conducting a referendum about holding early elections,” the statement added.

Baradei, 73, was appointed vice president following the military coup against Morsi, which was led by then army chief and now president Abdel Fattah al-Sisi.

Baradei's spell as vice president was short-lived, however - he resigned on 14 August, hours after security forces violently dispersed protests at Rabaa square, the focal point of pro-democracy protests during the crisis.

Over 1,150 people were killed across Egypt – 817 in Rabaa alone - in what Human Rights Watch has called the “worst single-day killing of protesters in modern history”.

“My priority was to work to avoid a civil war and to maintain peace and social cohesion through a road map,” el-Baradei claimed in the statement.

"Regrettably, however, and despite having made tangible progress to ending the impasse through dialogue...matters took a completely different turn after the use of force to break up the rallies,” his statement read.

“That was action that I had absolutely opposed... not only for ethical reasons but also because of the existence of political solutions almost unanimously agreed upon,” it said.

‘They have fallen forever’

The remainder of Baradei's lengthy statement complains at the Egyptian media's treatment of him, saying that particularly after his resignation “the severity of the vicious attack on me increased. This was launched by the media and remains based on lies and disinformation to misguide the public.”

He was especially enraged at the “recording and then broadcasting of my private phone calls, in violation of the constitution, the law, ethical values and conventions, apart from those in fascist regimes.”

He also criticised media attacks on his record at the International Atomic Energy Agency (IAEA), which he led from 1997 to 2009 - and for which he won a Nobel Peace Prize in 2005.

Following the release of his first statement on the bloody and contentious events of the summer of 2013, pro-government media continued to attack Baradei as a foreign agent, while many on social media slammed him for his lengthy silence.

Translation: Words not spoken at the time, whether they are the truth or lies, have no meaning whatsoever. I’m speaking of el-Baradei’s (Facebook) post

Translation: No matter how much el-Baradei and his ilk from the shameful, catastrophic elite try to recreate themselves after they participated in the coup in Egypt – they will not succeed. They’ve fallen forever