Poverty rates in Egypt have soared since a $12bn loan deal signed with the IMF in late 2016, sparking downward mobility for most Egyptians Economists have hit out at pension plans that would give senior officials preferential treatment while the majority of the population struggles to make ends meet.

A bill, approved by a majority of votes in parliament on Tuesday and sent to President Abdel Fattah al-Sisi for ratification, would allocate pensions to the parliamentary speaker, ministers and governors depending on their years of service.

Those who have had 10 years of service, for example, could receive up to 80 percent of their final salary, called “the settlement wage,” according to the new law.

The law is a continuation of old policies that Egypt has witnessed over the past 40 years, giving privileges to those in power

That compares to a maximum pension of 30 percent for any public and private sector employees who have worked for at least 36 years, according to the Egyptian social insurance law.

"The law is a continuation of old policies that Egypt has witnessed over the past 40 years, giving privileges to those in power," he said.

He said that the new pensions will be on top of previous pensions held by officials before they were seconded to their new roles.

"Ministers are public sector employees. There should be one law governing the wages of all employees."

An earlier version of the law, ratified by Sisi in April, increased the salaries of top officials by 100 percent of the maximum monthly wage of around $2,350.

On 17 June, the same law was amended to calculate the pensions for senior officials based on their years of service, awarding them a pension of between 25 and 80 percent.

In June, the Egyptian government raised the wages of approximately five million public sector employees by 10-15 percent and their pensions by 15 percent ahead of fuel price hikes and the corresponding increase in transportation tariffs and electricity prices.

There should be one law governing the wages of all employees

But poverty rates in Egypt have soared since a $12bn loan deal signed with the IMF in late 2016, intended to quickly cut Egypt's budget deficit by reducing government spending and boosting revenues.

But economic reforms associated with the deal, such as fuel subsidy cuts and currency devaluation, have resulted in three waves of price hikes hitting the poor and middle classes hard, sparking downward mobility for most Egyptians.

Poverty rates in 2018 reached as high as 60 percent in some Egyptian governorates, according to the World Bank. 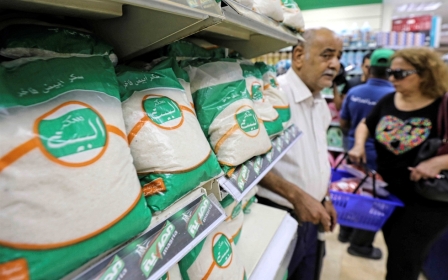