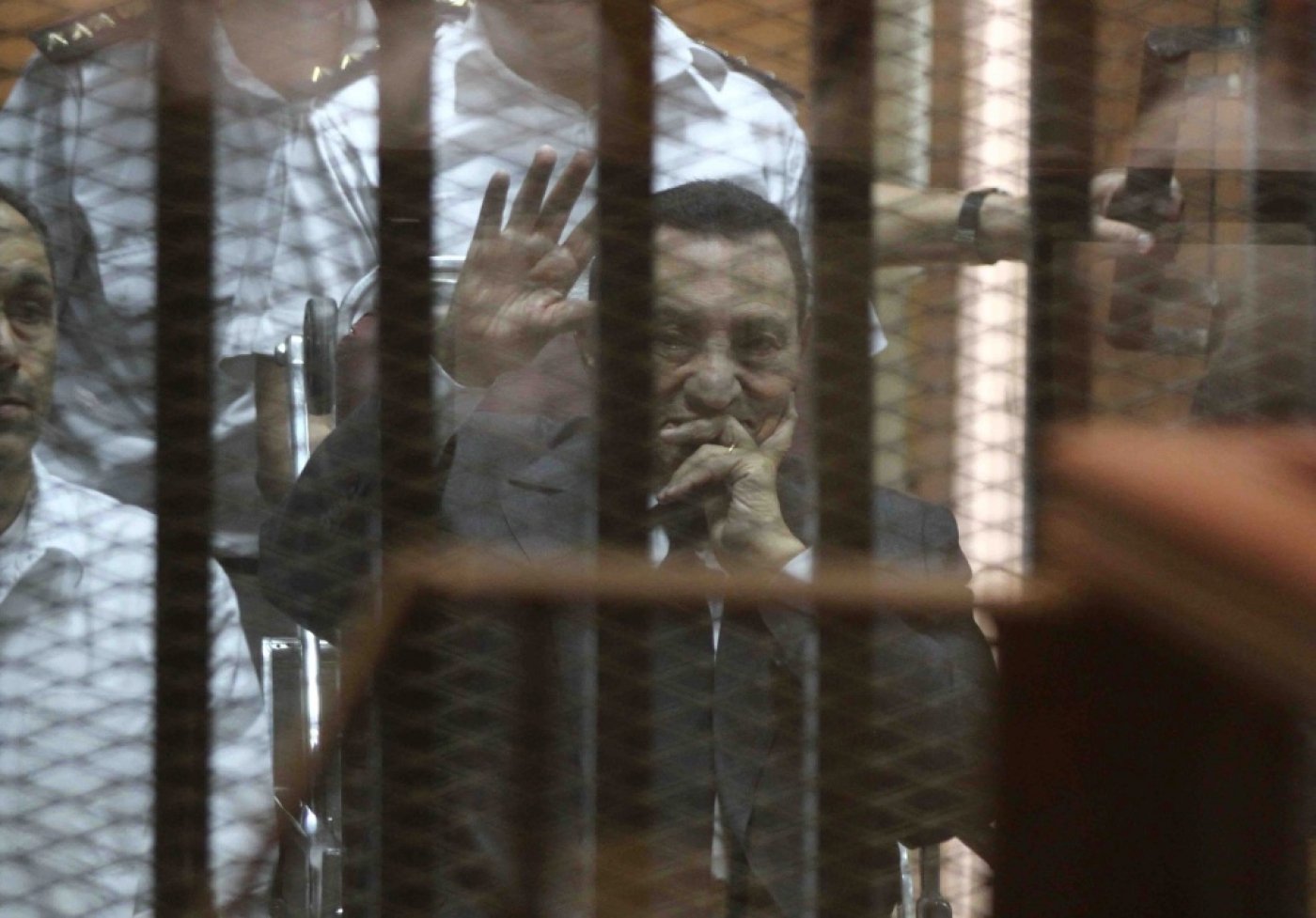 His sons Alaa and Gamal each received four-year jail terms, and four other defendants were acquitted.

They were accused of embezzling more than one hundred million Egyptian pounds (about $14 million) earmarked for the maintenance of presidential palaces. The money instead was said to have been spent on upgrading the families own properties.

Mubarak, 86, wearing a grey suit, sat on a wheelchair in the caged dock for the verdict. His sons, in white prison issue clothing, stood beside him.

Mubarak would have technically been a free man after a court ordered his release last year, following the end of a permitted detention period, but he has since remained out of sight in a military hospital.

He is now likely to be returned to prison.

"The owners of public property are the people," said judge Osama Shaheen before reading out the verdict.

"We will appeal," Mostafa Ali As, one of Mubarak's lawyers, told AFP after the ruling.

Mubarak was sentenced to life in prison in 2012 over the killings of protesters during the 18-day uprising that ended his three-decade rule.

A court overturned that verdict on technical grounds, and he is now being retried along with seven police commanders.

He also faces corruption charges in that trial, along with his sons and a businessman who fled the country.

Mubarak's trial was a key demand of protesters in the months after his overthrow, prompting the then ruling military to arrest him in a resort villa and move him to a Cairo prison.

The country has moved on since, with the rehabilitation of many Mubarak era officials and his once despised police forces following the overthrow of Islamist president Mohamed Morsi last July.

Former military chief Abdel Fattah al-Sisi, who had served as Mubarak's military intelligence chief, is expected to sweep to victory in a presidential election next week.

Sisi has promised that there will be no return to Mubarak's regime. But he will keep on interim prime minister Ibrahim Mahlab, once a senior member of Mubarak's National Democratic Party.

The party itself is still banned, and a court has issued a ruling banning former senior party members from standing in parliamentary elections scheduled for later this year.

The police too enjoy new levels of popularity, despite a brutal crackdown that has killed more than 1,400 people, mostly Islamists, in the months following Morsi's overthrow.

Many now blame Morsi's Muslim Brotherhood, not the police, for violence during the anti-Mubarak rebellion.

The Islamist Morsi is himself now on trial on charges relating to violence during the anti-Mubarak uprising, and also later involvement in the killings of opposition protesters during his sole year in power.

Mubarak spent almost three decades ruling Egypt, and his fall from grace has followed fast in the wake of the Arab Awakening.