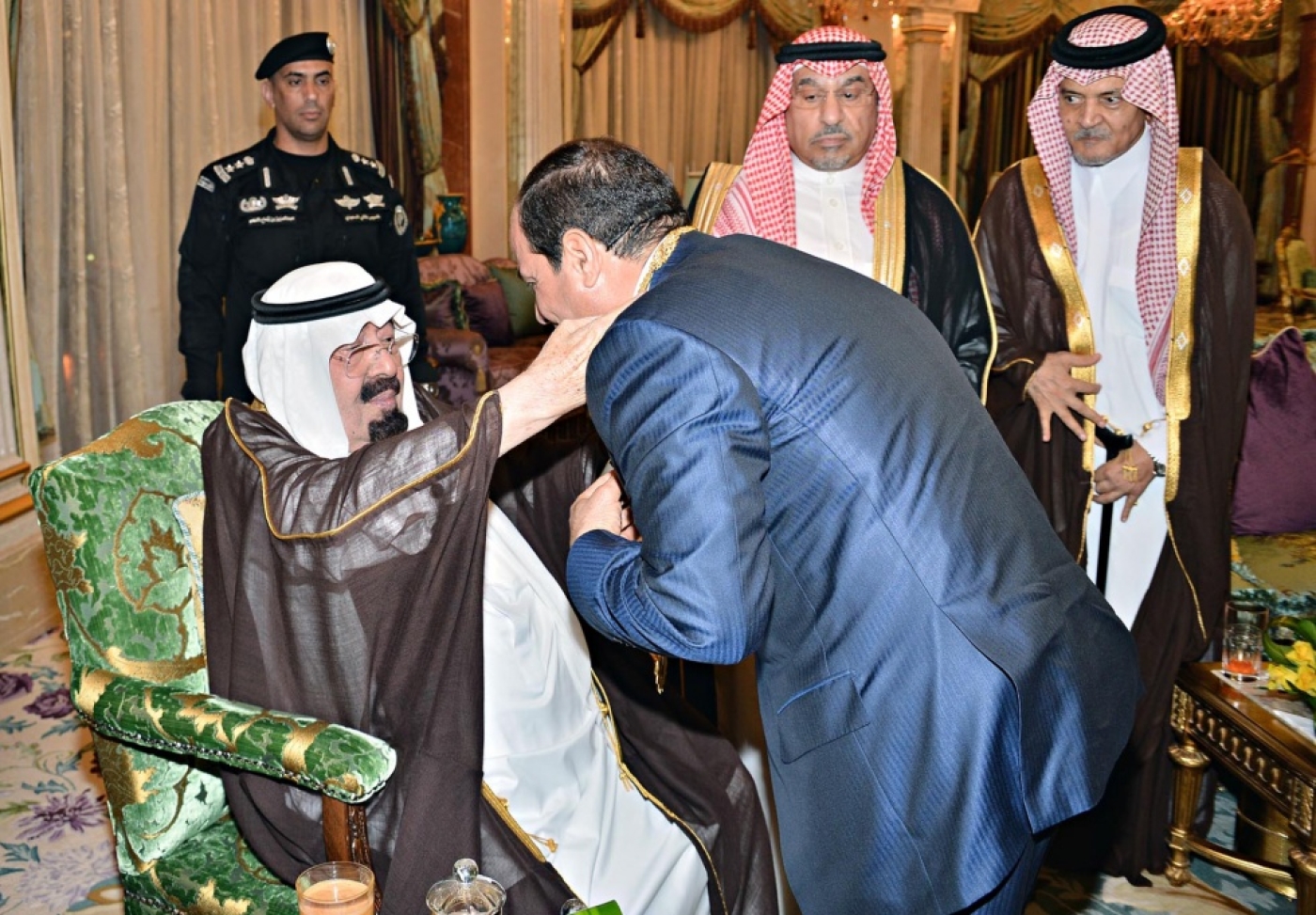 Sisi arrived from the United Arab Emirates where he had addressed a conference about the fight against "terrorism".

“President al-Sisi wished the Custodian of the Two Holy Mosques [King Abdullah] every health and quick recovery,” said the SPA news agency, in a brief statement revealing little detail of the visit.

Sisi was “seen off” at Riyadh airbase by Deputy Crown Prince Muqrin after the brief visit.

The royal court announced on 2 January that King Abdullah had pneumonia and was breathing with the aid of a tube. Since then, there have been no updates on his condition but the official Saudi Press Agency has reported that numerous Saudi and foreign officials have been "reassured" about his health.

However, rumour has swirled that the king is unconscious in hospital. The @mujtahidd Twitter account, which has on occasion leaked accurate information from the royal court, said Abdullah has undergone endotracheal intubation, a procedure to aid breathing that requires general anaesthetic.

Abdullah was the first head of state to visit Cairo after Sisi's became president last May, and last August the Egyptian leader reciprocated with a trip to the Saudi Red Sea city of Jeddah for talks with Abdullah.

If and when King Abdullah – who is believed to be 93 – dies, succession in Saudi Arabia, at least in the short-term, appears to have a clear direction.

Crown Prince Salman is due to takeover, although the 79-year-old is said to be suffering from dementia, and if he proves incapable of reigning Deputy Crown Prince Muqrin, 69, will be king.

Salman and Muqrin are the last eligible surviving sons of the founder of modern Saudi Arabia, Abdulaziz, but have been described as “place holders” for the next generation.

“While the succession immediately after Abdullah is all but secure, the real intriguing and challenging question is who comes after that?” Salman Shaikh, director of the Brookings Doha Centre, recently told Christian Science Monitor.

“The next crown prince will be a passing of the torch to the next generation – to whom and how that torch is passed is the real controversy.”