Eight years after Ben Ali's exit, Tunisians take to the streets in discontent 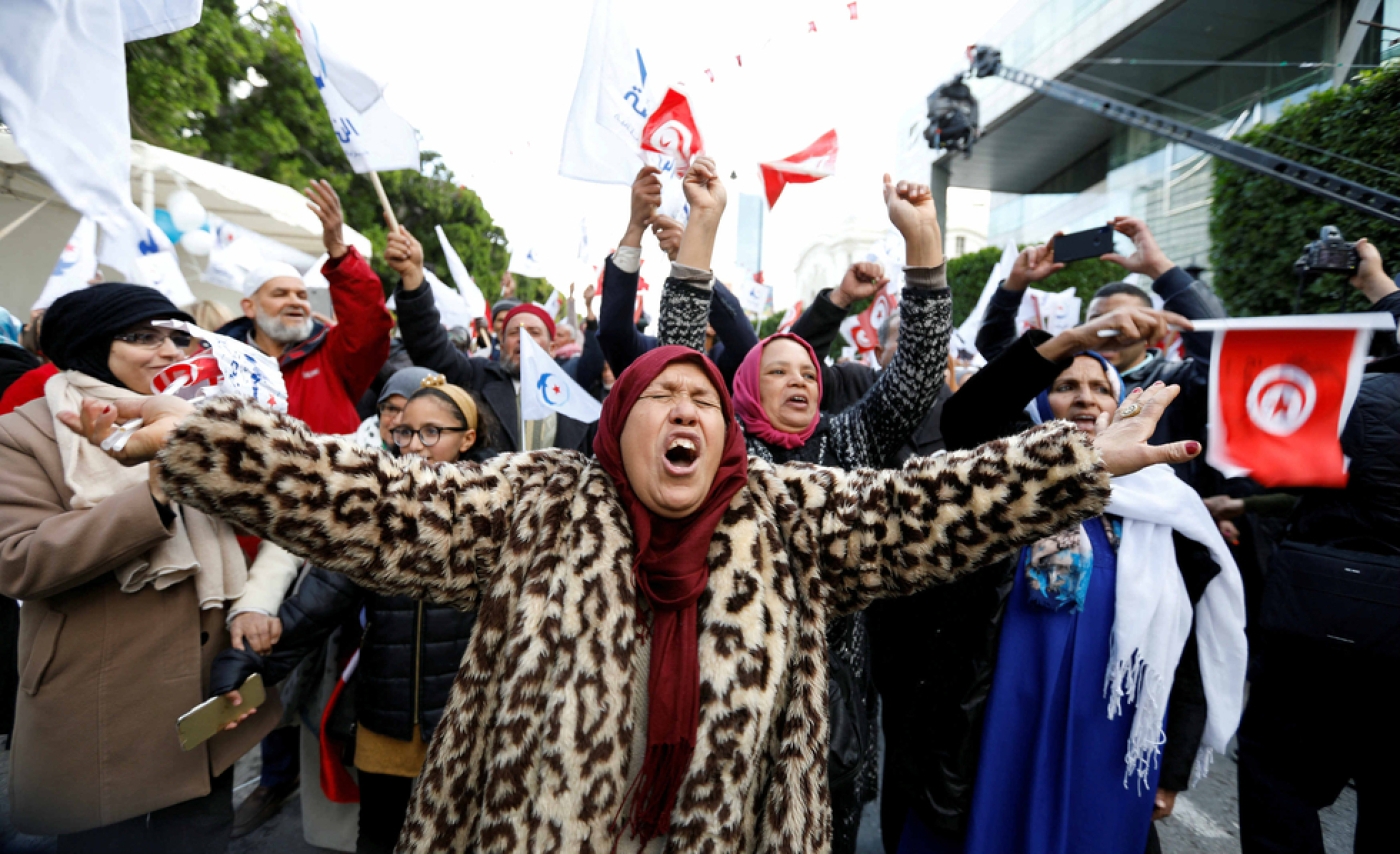 TUNIS - Unlike exactly eight years ago, when longtime autocrat Zine al-Abidine Ben Ali fled the country, the mood of demonstrators and passers-by on the streets of Tunis on Monday was one of frustration and dissatisfaction.

One middle-aged man navigating a checkpoint in the Tunisian captital’s centre could only exclaim “Oh, life!” as he hauled his heavy bag towards Habib Bourguiba Avenue.

With a heavy police presence, where officers seemed to outnumber demonstrators at times, hundreds of Tunisians marked the anniversary of Ben Ali’s fall and the success of its 2011 revolution.

Banners, chants and speeches could be seen around every corner, and helped tell the story of the country’s awkward progress since that day.

Chants close by suggested it belonged to Hezb Ettahrir, a “Tunisian political party based on Islam”, as it describes itself, whose supporters’ shouts of “takbeer, Allahu akbar” were muffled by a concerned-looking police officer.

The avenue was occupied by the usual tents pitched by political parties and national organizations to mark the day, and a heavy police presence stood by.

Barriers had been erected to direct people’s movement, and limit any significant gathering of crowds.

Police forces noticeably stood at two traditional spots for protesters to gather: the space in front of the municipal theater, and by the Ibn Khaldoun statue.

‘Thieves should be expelled’

In front of a major Tunisian bank’s headquarters, politicians addressed a crowd from a temporary stage.

The flags surrounding it clearly marked the space out as belonging to the Ennahdha Party. Milling around by the stage, one of Ennahdha's leaders, Yamina Zoghlami spoke to the party's supporters.

Previously charged with leading an official body probing the number of killed in the 2011 revolution, the subject of the dead was often broached.

She told MEE that despite pressing Prime Minister Youssef Chahed to release the official list of those killed, he keeps delaying its release.

“You need to protest this, and to perhaps consider pressing charges,” she said.

Elsewhere, it was hard to miss Hlel Omri from Kasserine, who displayed his artisanal products on the sidewalk.

He began to explain that the yearly protests are always a good occasion for him to advertise his wares, before being drowned out by chants of “Revolutionary and free, we continue to lead the way.”

“Tunisia is free and thieves should be expelled,” people sang, accompanied by a Daft Punk song.

As time passed, the crowd became denser, with many people crossing the Avenue to Mohammed Ali Square, the site of the Tunisian General Labour Union (UGTT) headquarters.

People heading in that direction passed a man rifling through a bin, looking for food.

Outside the UGTT headquarters, Tunisians waited for the organisation’s leader, Noureddine Taboubi, singing “We are loyal to the blood of the martyrs.”

“Ennahdha is also claiming this slogan, everyone is using it,” a man was heard mumbling.

Back at Habib Bourguiba Avenue, a different, smaller crowd marched down the road with tens of flags carrying the logo of Jomhouri, a Tunisian party formed after the revolution with the fusion of multiple opposition parties that existed under Ben Ali.

Police immediately gathered around the crowd and accompanied it throughout its short route to a nearby movie theater. Issam Chebbi, a party leader, was leading the crowd and dominating the media attention.

“Today we will announce the establishment of a youth movement within the party,’ Wissam Sghair, a young member of Jomhouri’s political bureau, told MEE.

“This will be an independent organ, and comes in response to the need for innovative forms of political engagement to allow space for youth.”

Jomhouri wasn’t the only party to march its members down the historic street.

The Popular Front, a coalition grouping a number of leftist groups, took around 1,500 down the avenue, railing against the major Tunisian political parties.

“No to Ennahdha no to Nidaa, enemies of the martyrs,” its supporters sang as they walked.

There are no more negotiations with the government

At the far end, UGTT flags began to mingle with the Popular Front’s as the crowd from Mohammed Ali Square joined the leftists.

Samir Cheffi, the UGTT’s assistant secretary-general of the UGTT, walked alongside on the margins, a few meters away from the crowd.

He told MEE that it was natural for the UGTT’s members to join left-wing groups as they head down the central Tunis artery.

Monday’s protests, however, were likely to be a precursor to a nationwide strike set for Thursday, to protest the spiraling economic conditions.

The strike is certainly on, Cheffi said.

“There are no more negotiations with the government.” 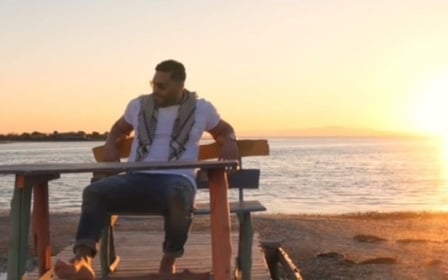 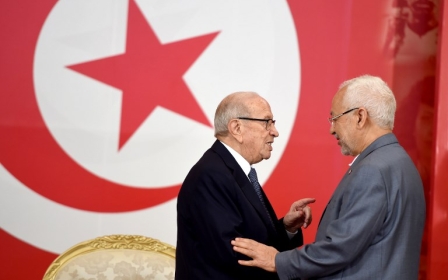