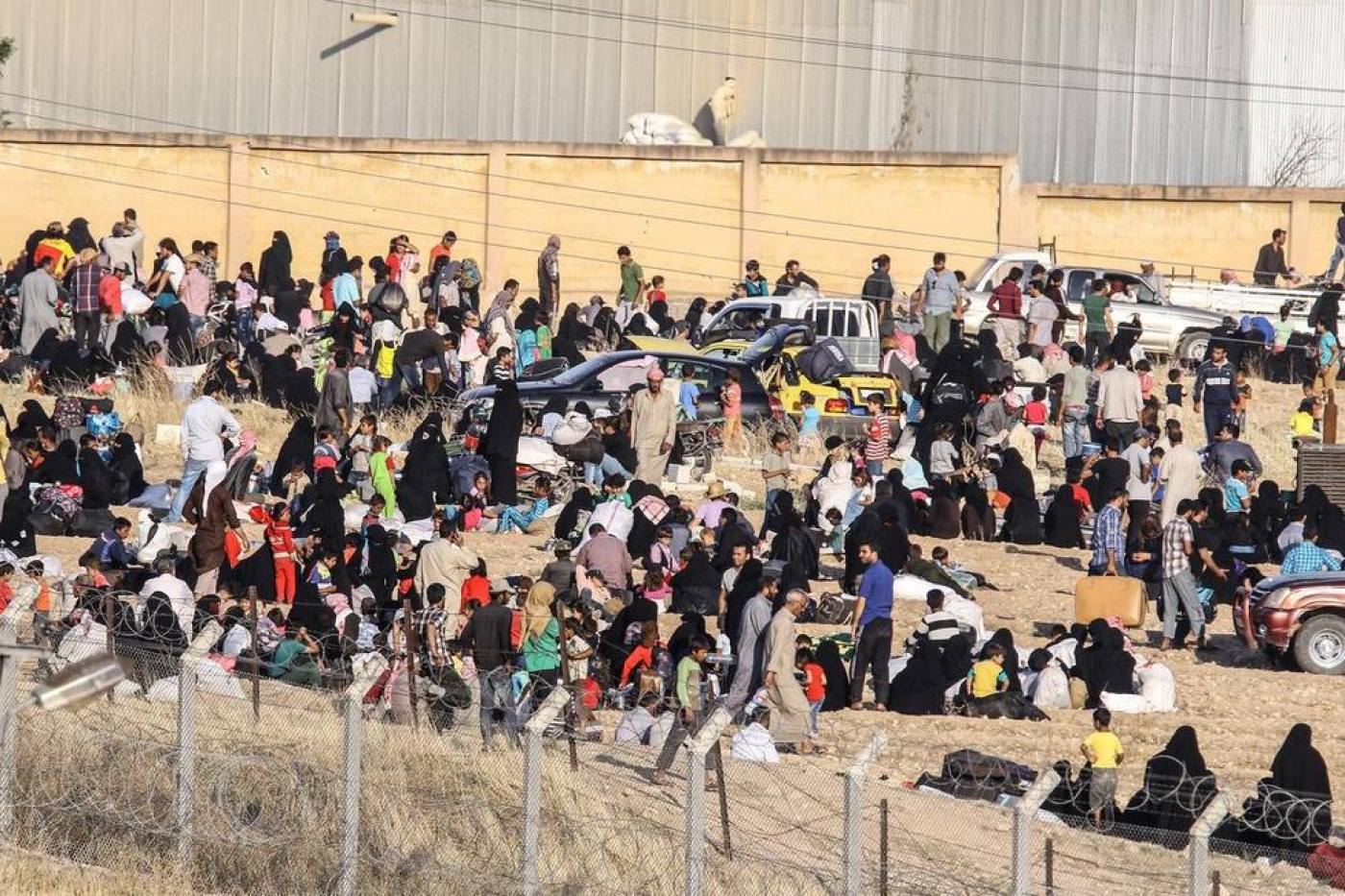 Turkish President Recep Tayyip Erdogan on Sunday said he was troubled by the advance of Kurdish forces in the Tal Abyad region of northern Syria, saying the fighters could threaten Turkey in the future.

In the past few days, Turkey has firmly shut its borders to thousands of Syrians trying to flee fighting between Kurdish forces and Islamic State (IS) militants who currently control Tal Abyad, which lies just over the Turkish border.

Erdogan alleged that ethnic Arabs and Turkmen were being targeted in the advance and confirmed that Turkey had already taken in around 15,000 of them last week before closing the frontier.

He said the places they had vacated were being occupied by the Syrian Kurdish group the Democratic Union Party (PYD) and the outlawed Kurdistan Workers Party (PKK).

"This is not a good sign," he told reporters from selected Turkish media aboard his presidential plane while returning from a trip to Azerbaijan.

"This could lead to the creation of a structure that threatens our borders," he said. "Everyone needs to take into account our sensitivities on this issue."

He did not comment directly on the closure of the border.

Turkey, along with its western allies, considers the PKK to be a terrorist group. Ankara also accuses the PYD of being the Syrian wing of the PKK.

Erdogan has repeatedly expressed concern about the West's backing for Kurdish forces in Syria, saying it could lead to PKK domination of northern Syria.

The PKK fought a decades-long insurgency for Kurdish self-rule in Turkey's southeast that claimed tens of thousands of lives on both sides.

Turkey has said that the priority for solving the war in Syria should be the ousting of President Bashar al-Assad.

The west, however, has concentrated on defeating IS militants and has in turn accused Turkey of aiding the Islamist militants in the past.

Turkey denies the charges, emphasising that it too defines IS as a terrorist group.