Essebsi sworn in as Tunisia's president

Essebsi vows to be a 'president for all Tunisians without exception' 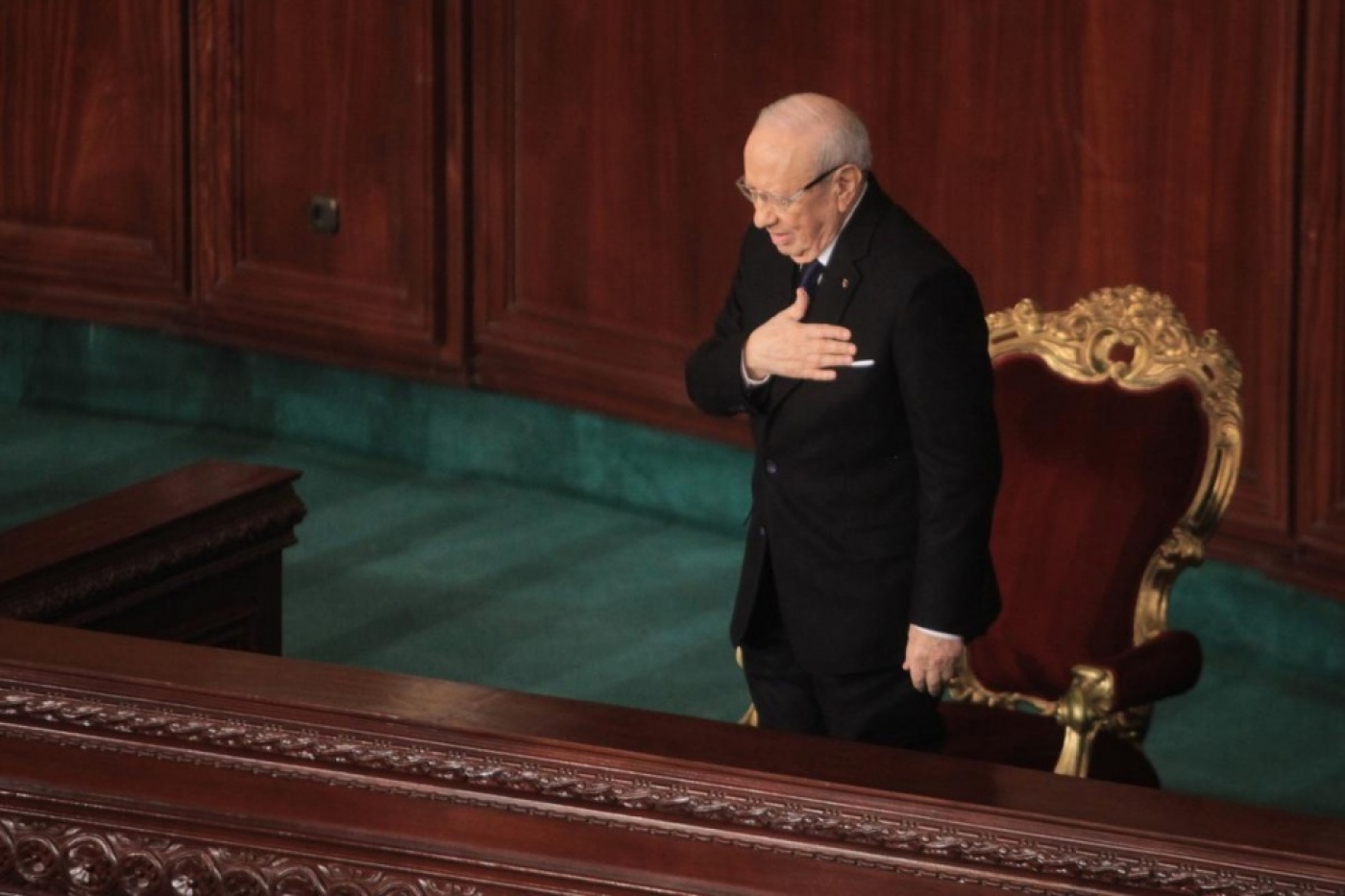 Tunisian President-elect Beji Caid Essebsi during his swearing in ceremony at the parliament in Tunis, Tunisia, on 31 December, 2014 (AA)
By
MEE and agencies

Addressing the newly-elected National Assembly, Essebsi vowed to be a "president for all Tunisians without exception" and preserve the country's national unity.

"There is no future for Tunisia without reconciliation between political institutions and harmony between the various components of civil society," he added.

He pledged to achieve "the goals of the revolution," restore security and fight terrorism.

Essebsi, who served as parliament speaker under Ben Ali, defeated Marzouki in a presidential runoff held on 21 December, winning 55.68 percent of the vote.