EU agrees to tighten checks on all travellers at Schengen borders: Sources

Tighter checks on all travellers, including European nationals, will begin immediately after EU ministers agreement in Brussels 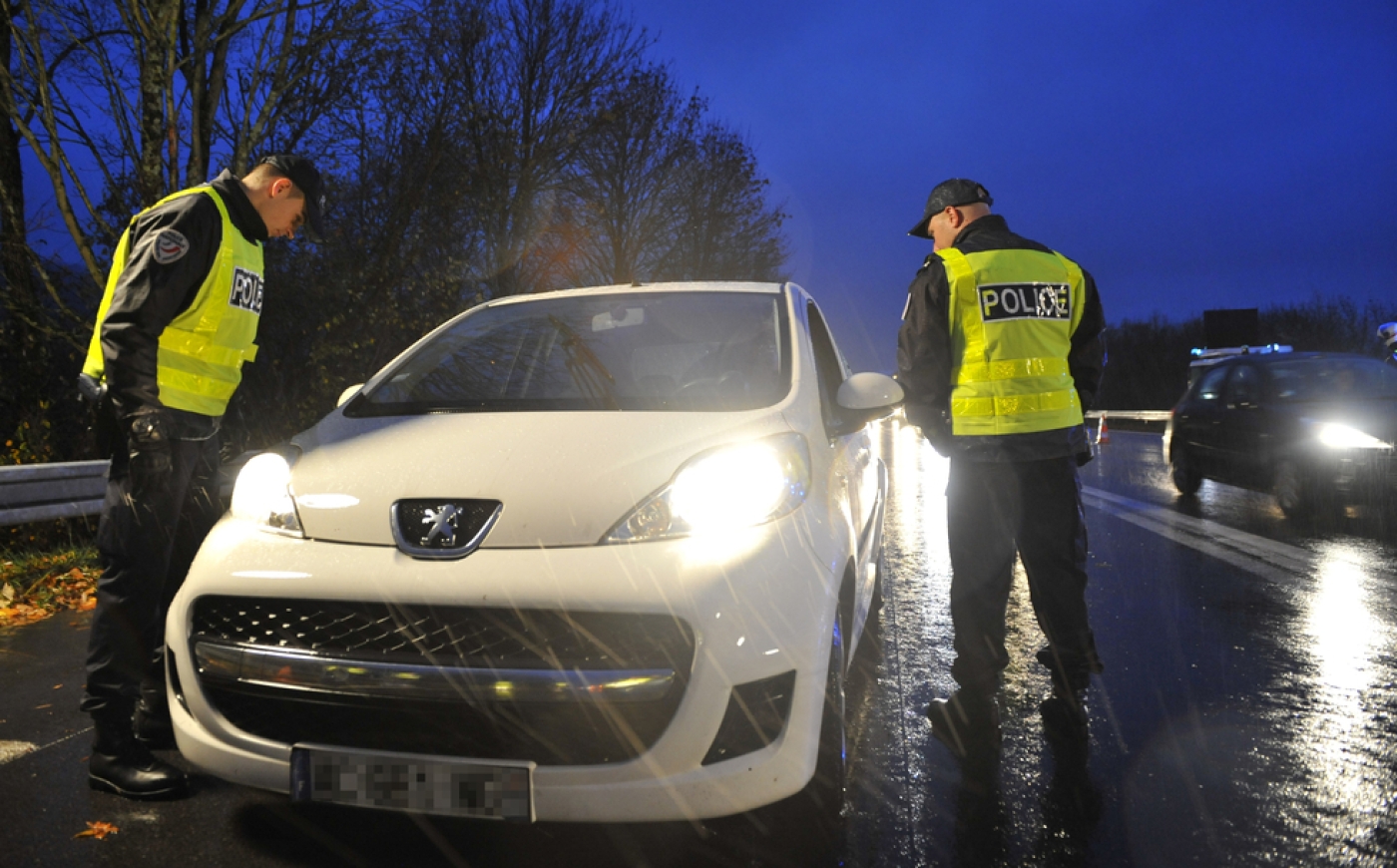 French police officers control a vehicle on the A31 motorway at the France-Luxembourg border, on 19 November 2015 in Entrange, eastern France (AFP)
By
MEE and agencies

EU nations agreed Friday to immediately tighten checks on all travellers, including European nationals, at the external borders of the passport-free Schengen area following the Paris attacks, European sources said.

Interior ministers from the 28-nation European Union also backed France's call for a fundamental revision of the Schengen deal to allow the "systematic" controlling of EU citizens at borders, the sources said.

The agreement came as EU ministers held emergency talks on Friday in Brussels after the killing of the ringleader of the Paris attacks in an apartment in the French capital raised troubling questions about the bloc's security.

Abdelhamid Abaaoud, a Belgian of Moroccan origin suspected of masterminding the attacks that left 129 people dead in the name of the Islamic State (IS) group, died in Wednesday's assault by police on an apartment in northern Paris.

The 28-year-old was thought to have been in Syria - where he had boasted of planning attacks on the West - and his presence in France has raised questions about Europe's handling of the region's worst migrant crisis since World War II.

French Interior Minister Bernard Cazeneuve said Paris had received no warning from other EU members that Abaaoud was in the bloc, and it was "urgent that Europe wakes up, organises itself and defends itself against the terrorist threat".

French Prime Minister Manuel Valls said some of the killers in the Paris attacks had taken advantage of Europe's migrant crisis to "slip in" unnoticed and warned the cherished Schengen zone would be in danger if the bloc did not improve border controls.

Abaaoud was one of the most wanted men in the world, featuring in numerous propaganda videos for IS in Syria.

The group's top leaders chose him in June to organise attacks in France, Italy and Spain, according to an article in Intelligence Online, which monitors militant networks.

"It has to be said, Schengen has as many holes as a sieve," said a former high official with France's DGSE intelligence agency, who requested anonymity.

Schengen is the free-movement zone of 26 European countries, which until recently had no border controls, and has been seen as one of the EU's most treasured achievements.

"That such a guy was able to wander around like that without anyone noticing, that shows there's a problem - a big one," said the former official.

In the IS online magazine Dabiq, Abaaoud boasted of his escape back to Syria after police raided a cell in Belgium this year.

"My name and picture were all over the news yet I was able to stay in their homeland, plan operations against them and leave safely when doing so became necessary," he wrote.

"I was even stopped by an officer who contemplated me so as to compare me to the picture, but he let me go, as he did not see the resemblance."

One of the attackers who died during Friday's carnage in the Bataclan concert hall, 28-year-old French citizen Samy Amimour, also escaped detection.

Amimour was charged in France in 2012 October with being part of a terrorist conspiracy over an abortive plan to travel to Yemen.

Yet he was able to jump bail and sneak out of the country the following year to Syria.

A subsequent international arrest warrant did not stop him re-entering France undetected to take part in Friday's attacks.

"Contrary to what we think, it's very easy to enter and leave the European Union without being spotted," said criminologist Christophe Naudin, a specialist in fake documents.

"We should think of Schengen's entry controls as pretty much non-existent."

Naudin said the most probable scenario was that the militants used the passports of people who look similar - which he called the "look-alike" method.

"(Someone doing this) will pass the border controls without a problem," said Naudin.

The first thing the militant groups do when they receive new recruits - the estimate is that nearly 30,000 foreign fighters have joined their ranks - is confiscate their documents.

"They don't touch the photo - it's the new user that does his best to resemble the picture," said Naudin.

"He might grow his beard and trim it in the same way. And, more than 99 times out of 100, it will work. There's no need to tamper with passports."

IS also has plenty of opportunities to buy top-quality fake documents on the black market. Its control of vast swathes of Iraq and Syria also means it has widespread access to unused passports.

"When Abaaoud says he has done return trips to Europe and Syria, I believe him," said Naudin.

"He's not the only one. The only solution is to employ biometric checks at the European level. All airports, all borders. But we're a long way from that."

The massacre of 13 November in Paris has already bolstered politicians across the continent who have been calling for a tightening of the borders and increased cooperation between intelligence services. Paris Attacks
State of emergency: What it means to France