European Court of Justice rules member states can refuse visas for asylum-seekers, as Hungary votes to detain refugees in camps 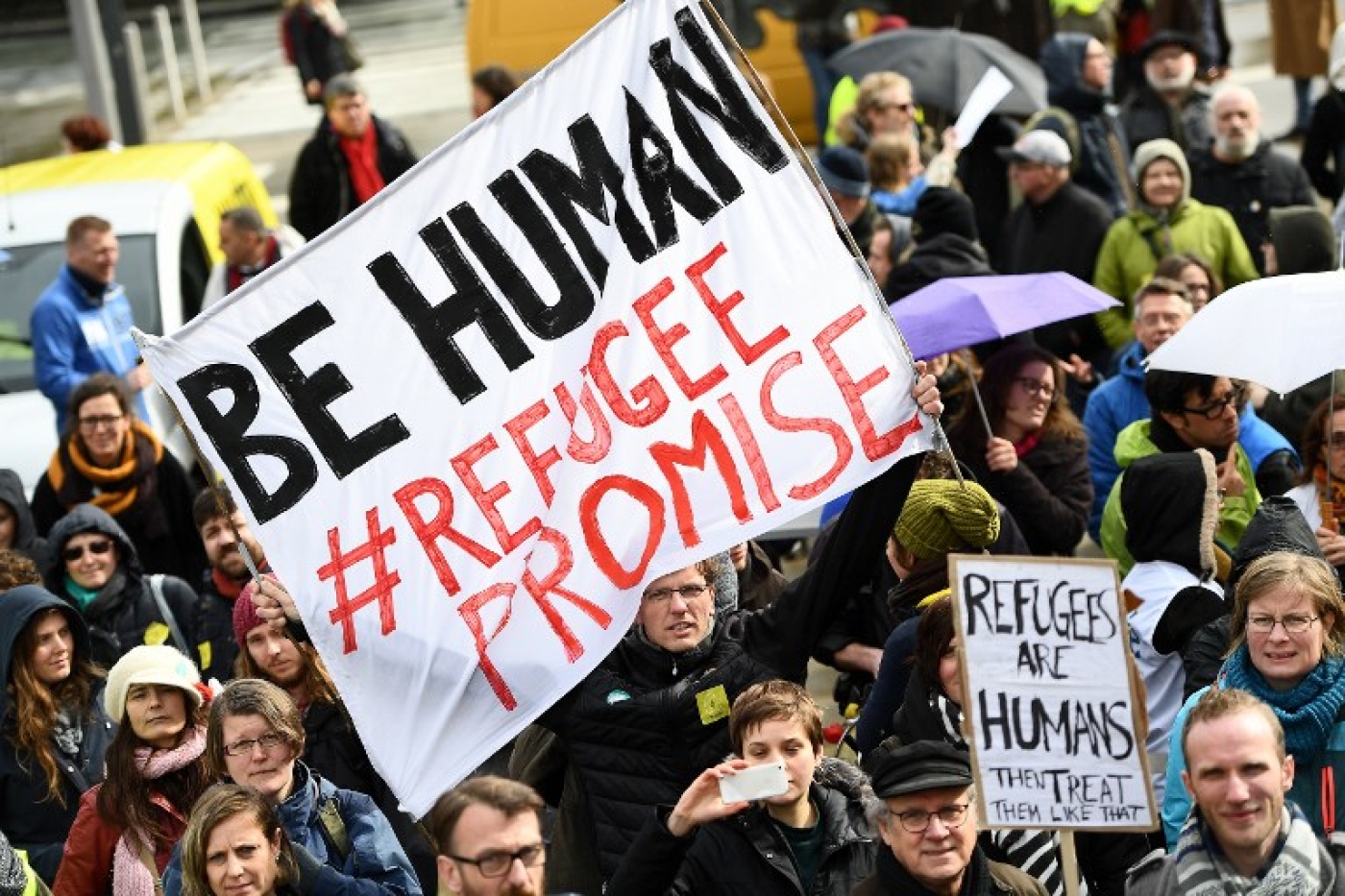 EU member states have the right to deny so-called “humanitarian visas” to people trying to enter to claim asylum, the European Court of Justice ruled on Tuesday.

The EU court ruled against an Orthodox Christian Syrian family with three children from Aleppo who had applied for a visa at the Belgian embassy in Beirut last October. They planned to travel to Belgium and apply for refugee status once there.

One member of the Syrian family claimed to have been abducted, beaten and tortured by an armed group and later released after paying a ransom.

Belgium refused to issue the “humanitarian visa” and claimed the right to refuse entry to the family. The Belgian authorities said that the links of the family to Aleppo were too tenuous and that they were not obliged to grant entry to everyone coming from Syria.

The European Court of Justice ruled in favour of Belgium.

Human rights activists and the European Parliament have pushed for humanitarian visas in order to stop human trafficking and provide a legal route for refugees to come to Europe.

EU law does not require MS to grant humanitarian visas to persons wishing to enter their territory to claim asylum https://t.co/B0sMPtNgss

In February the European Court of Justice’s advocate general, Paolo Mengozzi, stated that EU member states have the moral and legal obligation to grant visas to people at risk of inhumane treatment and victims of torture.

The advocate general’s opinion is not binding, but it is generally followed by the court, although it did not do so in this case.

Opponents of Mengozzi's view argued that such a ruling would have opened the doors of the EU to a further influx of refugees.

"Member states are not required, under EU law, to grant a humanitarian visa to persons who wish to enter their territory with a view to applying for asylum," the court said.

"But they remain free to do so on the basis of their national law," it added.

In November Francken, a leader of the right-wing nationalist New Flemish Alliance party, said he would rather sell his office furniture in order to pay the €4,000 daily fine handed to Belgium for defying EU guidelines on refugees rather than honour a court ruling in favour of the Syrian family.

Hungary to hold refugees in containers

The court decision came within hours of the Hungarian parliament's approval of automatic detention of all asylum-seekers in container camps at the country’s southern border.

According to the new legislation approved by a large majority of Hungarian MPs, all refugees entering Hungary as well as those already in the country will be detained or moved to the container camps.

The migrants, including children, will be held in shipping containers surrounded by high razor wire fence in specially designated border areas while they wait for their refugee application to be processed and will attend their asylum trial via video conference. If they do not wish to wait there, refugees will be allowed to leave only if they cross the border back into Serbia.

Amnesty International has criticised the measure claiming that it is in clear contravention of the EU law and the Refugee Convention.

“Rounding up all men, women and children seeking asylum and detaining them months on end in container camps is a new low in Hungary’s race to the bottom on asylum seekers and refugees,” said Gauri van Gulik, Amnesty International’s Deputy Director for Europe last month.

According to international law, refugees cannot be detained without being charged.

"This new law violates Hungary’s obligations under international and EU laws, and will have a terrible physical and psychological impact on women, children and men who have already greatly suffered," the UN High Commissioner for Refugees (UNHCR) spokesperson said.

"We already expressed serious concern about the physical barriers Hungary has already erected, together with legislative and policy obstacles, making it nearly impossible for asylum-seekers to enter the country, apply for asylum and receive international protection," the spokesperson added.

The new legislation reinstates Hungary’s practice of detaining asylum applicants, which was suspended in 2013 following intense political pressure from the EU, the UN High Commissioner for Refugees and the European Court of Human Rights.

Hungary’s right-wing prime minister, Viktor Orban, said the country had to protect itself in “response to recent terror attacks in Europe carried out by migrants”.

Orban has previously called immigration “poison”, taken a hardcore anti-refugees line and praised Donald Trump for his position on immigration and for bringing multilateralism to an end.