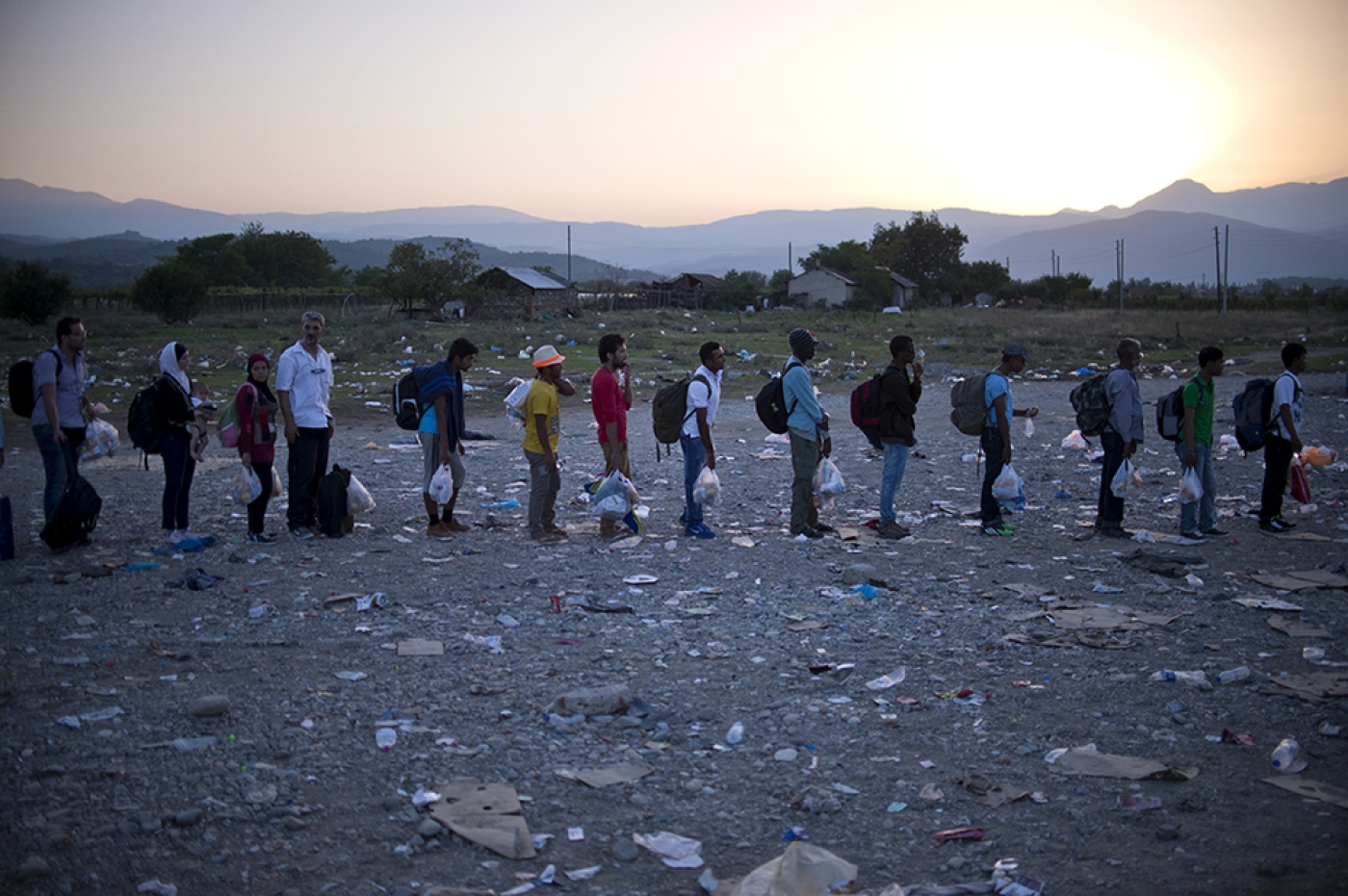 EU interior ministers on Tuesday approved by a "large majority" a plan to relocate 120,000 refugees around the bloc but only after overriding fierce opposition from central and eastern European countries.

"Decision on relocation for 120,000 persons adopted today, by large majority of member states," the EU's Luxembourg presidency said in a tweet.

"We, Slovaks, Romanians, Hungarians against, and Finland abstained. The resolution was accepted," Czech Interior Minister Milan Chovanec said in a separate tweet.

"Very soon we will find that the emperor is naked. Common sense has lost today! :-(" he added.

Officials said the relocation deal covered 66,000 refugees who would be moved from Greece and Italy plus another 54,000 who had previously been earmarked to be relocated from Hungary before it refused to back the plan.

On Tuesday, the UN refugee chief called for European states to show solidarity in their response to the continent's worst refugee crisis since World War II, ahead of Wednesday’s emergency talks.

"There is no way to resolve a crisis of this dimension if each country acts alone and based solely on its own interests," United Nations High Commissioner for Refugees Antonio Guterres told Portuguese broadcaster RTP.

"Hundreds of thousands of refugees have arrived in Europe since the beginning of the year," said Guterres, a former Portuguese prime minister.

"But the European Union counts 500 million inhabitants. If there was a real policy of solidarity, the problem would be easily handled."

Hungary has been at the forefront of the opposition to migrant quotas and has been criticised for what is seen as a heavy-handed approach to the refugee crisis.

The country’s parliament on Monday passed new laws to allow the army greater use of “non-lethal” force against refugees on its borders.

Prime Minister Viktor Orban has frequently warned of a supposed threat to Christian Europe posed by an influx of mostly Muslim refugees.

"They are overrunning us. They're not just banging on the door, they're breaking the door down on top of us," Viktor Orban said in parliament in Budapest.

"Our borders are in danger, our way of life built on respect for the law, Hungary and the whole of Europe is in danger," the 52-year-old right-winger said.

"Europe hasn't just left its doors open but has sent open invitation... Europe is rich but weak, this is the worst combination, Europe needs to be stronger to defend its borders.”

Some expressed scepticism at the viability of the new EU quota plans, particularly considering the opposition of a number of member states.

“In private, EU officials admit that it is impossible,” wrote Duncan Robinson, Brussels correspondent for the Financial Times, on Twitter.

“You can't bus vulnerable people to an unwelcoming country.”

Also on Tuesday, British Prime Minister David Cameron and French President Francois Hollande met to talk about the refugee crisis and said that a political process in Syria must be revived.

In a statement, Cameron's office said that the two had agreed "that EU countries should do more to return migrants who don't have a genuine claim to asylum to their countries of origin".

Cameron and Hollande agreed that work should continue at an EU summit on Wednesday, dedicated to finding ways to help countries to stop the flow of asylum seekers at source.

The two also discussed Middle East policy. "An important step was taken today," said a French source close to Hollande, with the two exchanging "points of view on Syria and Libya in particular."
The two leaders "expressed agreement on the need to revitalise the political process" in Syria, according to the source.

More than half a million people have already braved dangerous sea crossings and arduous land treks to make it into Europe this year, heaping pressure on countries along the migrant trail, some of which have closed their borders while others have diverted the flow elsewhere.

Some 2,800 people have died this year trying to cross the Mediterranean in flimsy boats.

But tensions have kept boiling over, with fears the EU's cherished Schengen passport-free zone could be under threat from the tide of migrants, many of whom are trying to make their way to Germany.