The European Parliament overwhelming voted on Wednesday to back the recognition of a Palestinian state "in principle".

Lawmakers approved the motion - a watered down version of the original motion which urged member states to recognise a Palestinian state unconditionally - by 498 votes to 88, with 111 abstentions.

The motion said the parliament "supports in principle recognition of Palestinian statehood and the two state solution, and believes these should go hand in hand with the development of peace talks, which should be advanced".

The vote came hours after a European court ordered the EU to drop the Palestinian resistance group Hamas from its terrorism blacklist on technical grounds.

The socialist, greens and radical left groups in the European Parliament had wanted an outright call for the recognition of Palestinian statehood.

However, members of the European Parliament failed to agree on a joint text, and the resolution that passed Wednesday calls for recognition to proceed simulateneously with negotiations.

Centre-right European People's Party of European Commission chief Jean-Claude Juncker, the leading group in parliament, forced them into a compromise motion linking it to peace talks.

"There is no immediate unconditional recognition (of statehood)," EPP chief Manfred Weber said.

But his socialist counterpart Gianni Pittella insisted it was a "historic decision" and a "victory for the whole parliament".

Several European parliaments - including France, Britain, Spain, Ireland and Portugal - have passed motions urging their governments to recognise a Palestinian state in recent weeks in a bid to pressure Israel to relaunch the moribund peace process.

Sweden has gone even further, officially recognising Palestine as a state. 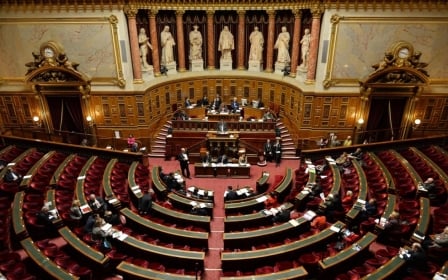 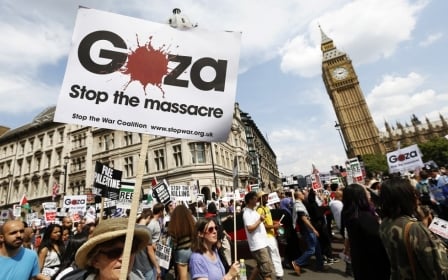