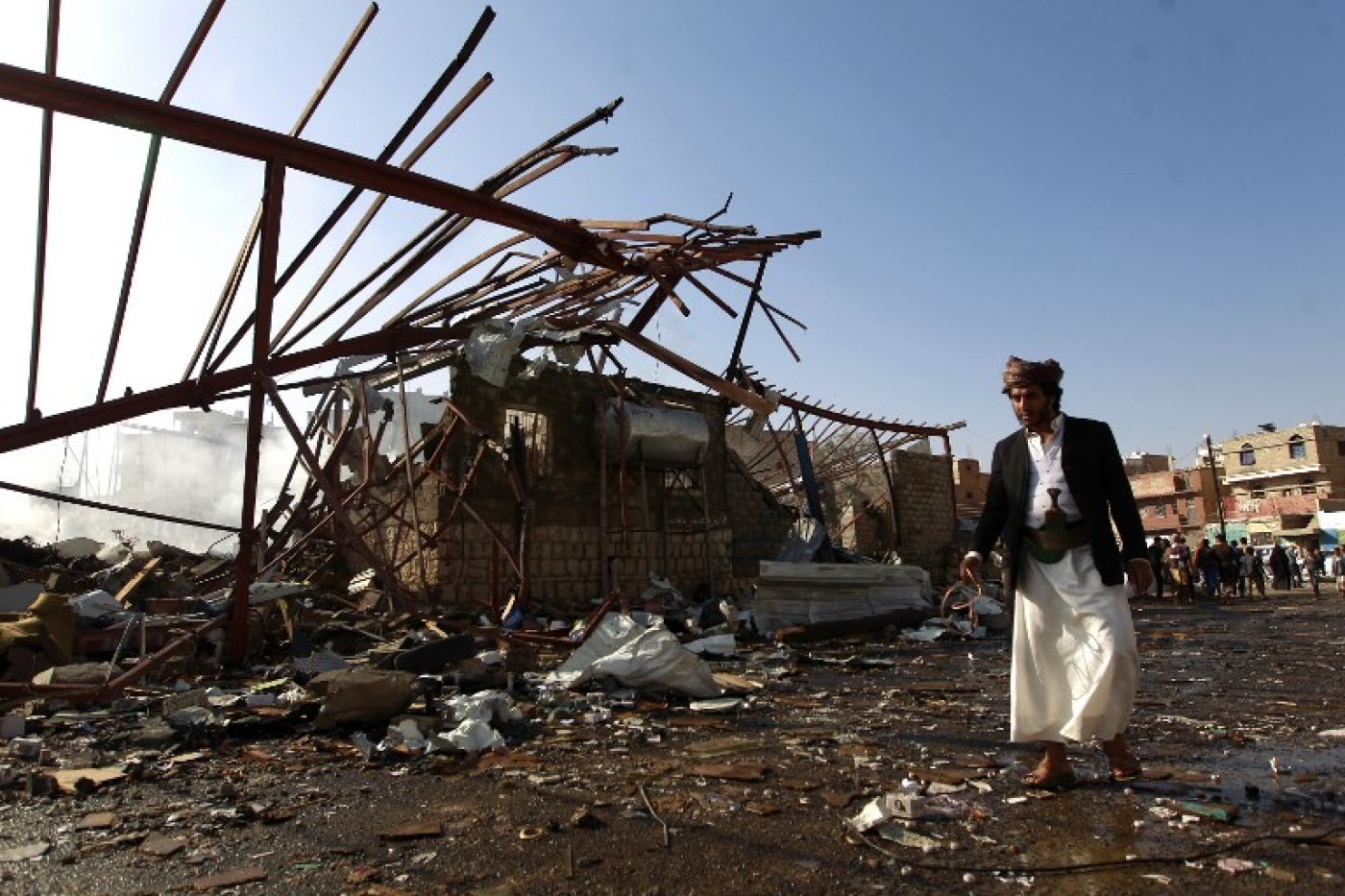 The European Parliament on Thursday adopted a resolution calling for an arms embargo on Saudi Arabia until alleged breaches of international law in Yemen have been properly investigated.

The parliament called on High Representative Federica Mogherini to “launch an initiative aimed at imposing an EU arms embargo against Saudi Arabia, given the serious allegations of breaches of international humanitarian law by Saudi Arabia in Yemen”.

The vote passed with 359 MEPs supporting it and 212 voting against.

Scottish MEP Alyn Smith, who led the move, said he was “delighted” the parliament passed what he described as an “unprecedented” vote reflecting “growing frustration” with Saudi Arabia’s actions in Yemen.

“It is the actions of the Saudi-led coalition that have brought us here,” Smith said in a statement sent to Middle East Eye.

“There is a clear case to answer and as a lawyer by profession, I believe EU-made weapons systems are being exported to Saudi in breach of international and EU law, given concerns over their use in Yemen."

Saudi Arabia increased its arms imports by 275 percent in the period between 2011 and 2015, making it one of the world’s biggest arms importers, according to a report released this week by the Stockholm International Peace Research Institute (SIPRI).

“We and NGOs want more scrutiny. The humanitarian situation is getting worse, not better [in Yemen]. That message is politically significant in Riyadh, Saudi Arabia must show a lot more consideration for civilian lives in Yemen,” said Smith.

Saudi Arabia launched a coalition of Arab states in March 2015 to carry out air strikes and later a ground intervention in Yemen to push back Houthi rebels who had seized control of the capital Sanaa and forced the government of President Abd Rabbuh Mansour Hadi into exile.

Riyadh is attempting to re-establish Hadi’s control over Yemen and defeat Houthi militiamen the Saudis believe are receiving support from their regional rival Iran.

However, the Saudi-led coalition has faced increasing criticism over its conduct in Yemen, where more than 6,000 people have been killed and 2.5 million displaced since the intervention began.

The UN said in January that the coalition had engaged in “widespread and systematic” targeting of civilians, adding that civilians have been deliberately starved as a war tactic.

While the European Parliament vote on Thursday is not legally binding and it cannot stop EU member states from selling arms to Saudi Arabia, it is sure to cause embarrassment to Saudi Arabia.

The vote was originally scheduled to take place on 4 February. However, reports have suggested it was delayed due to pressure from Saudi diplomats in Brussels.

Abdulrahman al-Ahmed, Saudi Arabia’s ambassador to the EU, sent a letter to MEPs urging them not to vote for the motion passed on Thursday.

The letter, reported by the Guardian, blames Iran for Saudi Arabia’s intervention in Yemen and says the military operation has been a humanitarian one.

“Saudi Arabia has also answered the call from the West to take a greater role in combating terrorist instability throughout the Middle East and the consequences of our not intervening in Yemen’s conflict would have been far worse than the west could as yet imagine,” the ambassador wrote.

Scottish MEP Smith, who grew up in Saudi Arabia, said he appreciates “that the Saudis have concerns in their neighbourhood,” but he stressed that Yemeni civilians are his primary concern.

“Our duty is to the civilians in Yemen and given widespread and very valid concerns over the conduct of the war by Saudi forces, our call for an EU-wide arms embargo is proportionate and necessary.”