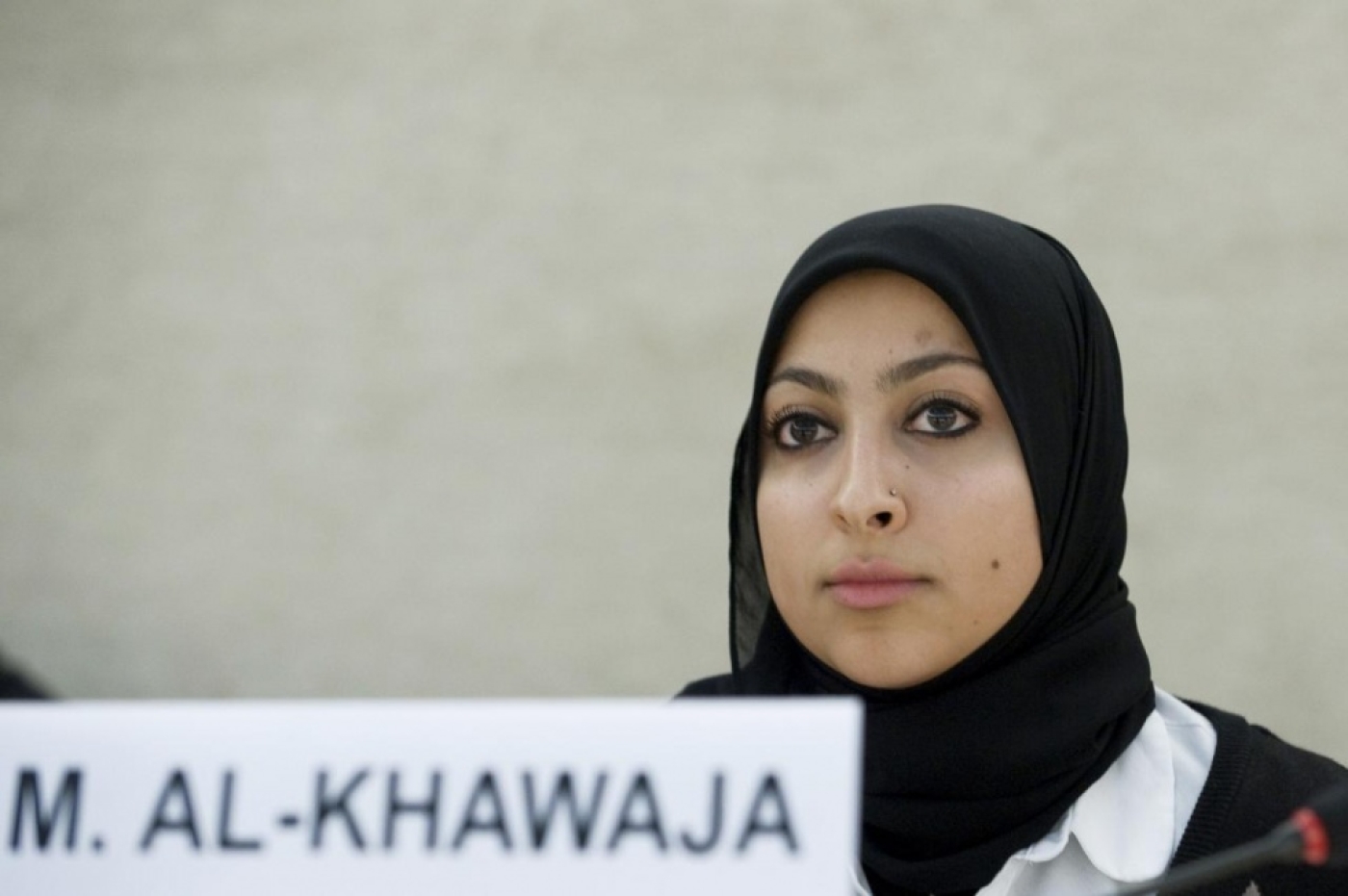 A group of EU parliamentarians have called for the “immediate release” of jailed Bahraini activist Maryam al-Khawaja, who is due in a Manama court on Saturday to answer charges of assaulting a police officer and insulting the king.

“We consider that these charges are politically motivated and urge the Bahraini authorities to release Maryam unconditionally, along with all other prisoners of conscience – political activists, journalists, bloggers, doctors and paramedics, human rights defenders and peaceful protesters,” the statement, signed by twelve EU MEPs read.

Maryam al-Khawaja is co-director of the Gulf Centre for Human Rights and has been, along with her father and sister, a prominent critic of the Bahraini government and a leading voice in the pro-democracy demonstrations that have gripped Bahrain since 2011.

She was detained upon arrival in Manama on 30 August, as she attempted to visit her father Abdulhadi al-Khawaja. He is currently in poor health on hunger strike, protesting against his life sentence for taking part in pro-democracy protests.

Among the charges against Maryam al-Khawaja is that she led a campaign called “Wanted for Justice in Bahrain,” which named government officials allegedly involved in the torture of political prisoners. Officials who met her at the airport said her Bahraini citizenship had been revoked, although provided no documentation to evidence the claim.

She is due to appear in court on Saturday where she is expected to give a plea in response to the accusations.

Her sister Zainab visited the Isa Town women’s prison on Thursday where Maryam is being held. In a raft of tweets Zainab described her sister’s condition and the details of the visit.

“As Maryam was led into the room from another door, with a prison guard on each side, we realised all we could do was shake her hand,” she said. “You dream of embracing those you love after being apart for so long, we had to stretch out our arms just to hold her hand.”

Maryam said prison officials have not responded to request she has made to visit her father. She told her sister that the court can expect a plea of not guilty in court on Saturday.

Maryam accused police officers of assaulting her at the airport.

“As soon as I sat down that police officer [who had asked her to sit] with three other policewomen attacked me. One policewoman put her knee in my stomach, another twisted my arm behind my back. My only reaction was to hold onto my phone,” she said.

“In the public prosecution I realised that’s the policewoman they’re accusing me of attacking, I think she was as surprised as I was,” she added.

Bahraini human rights activists in the UK have denounced her imprisonment.

“Maryam al-Khawaja has been arrested and detained in Bahrain as a reprisal for her human rights work,” said Ahmed Ali, head of legal affairs at the Bahrain Institute for Rights and Democracy. “This is just one example of how Bahrain represses its critics with impunity.”

“Maryam is an outstanding advocate for human rights and a voice that should be leading Bahrain, not imprisoned in it.”

Bahraini authorities have accused the island’s opposition of being violent and receiving weapons from Iran. However, no evidence has been presented to substantiate links with Iran and opposition leaders have consistently rejected violence. 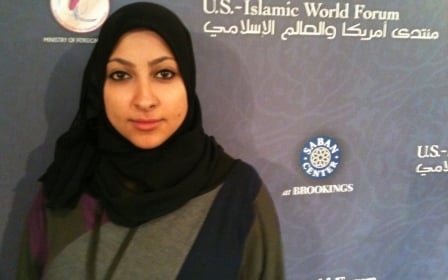