Ex-wife of Islamic State leader to be charged in Lebanon 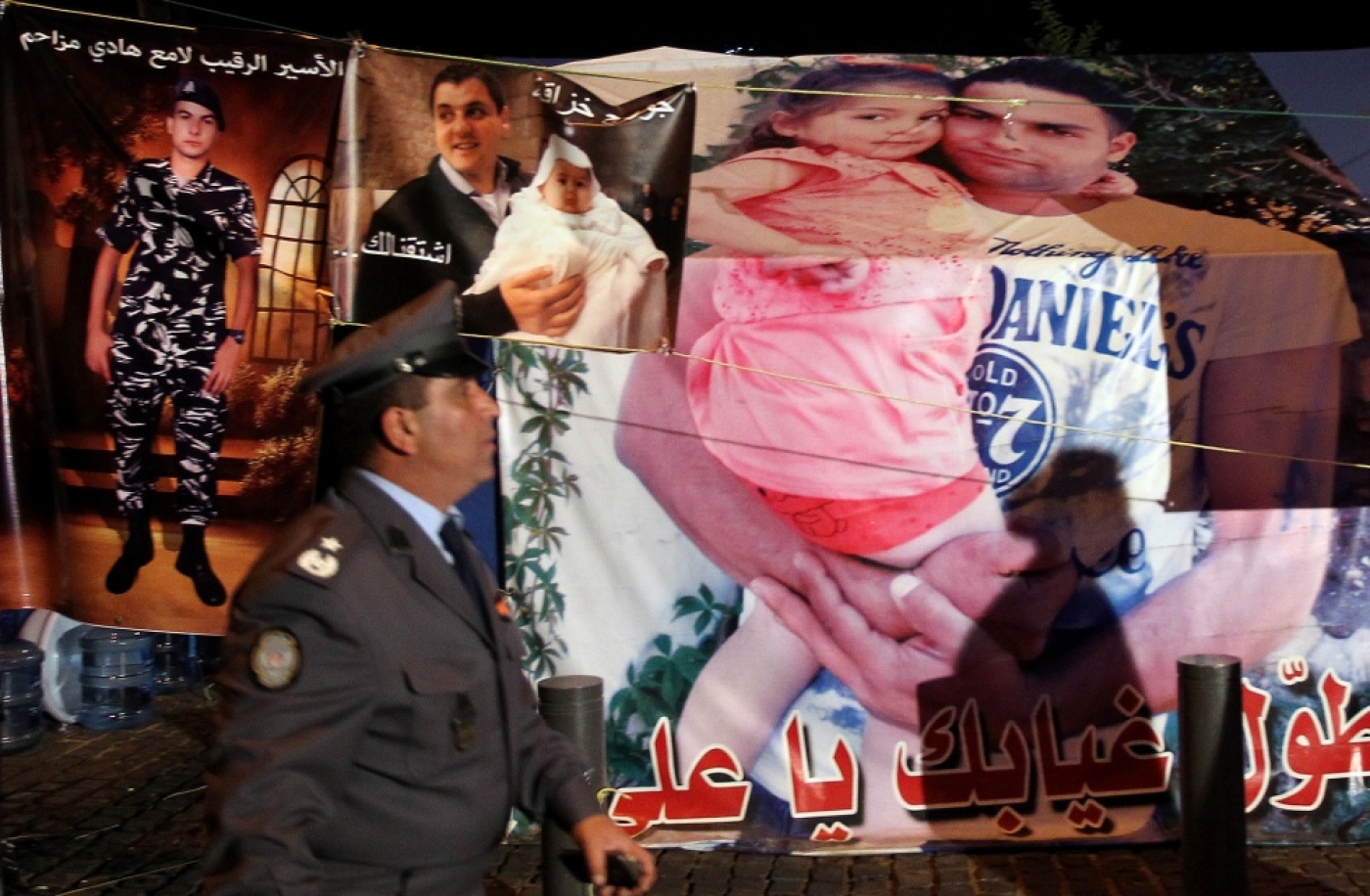 The ex-wife of Islamic State (IS) group leader Abu Bakr al-Baghdadi was indicted by a military court in Lebanon on Tuesday, according to judicial sources.

Saja Abdul al-Dulaimi, who is currently pregnant, was charged with belonging to a terrorist group, holding contacts with terrorist organisations, and planning to carry out terror attacks.

Conversely Alaa Mithqal al-Oqaily, wife of IS commander Anas Sharkas, is to be handed over to Lebanon’s General Security who will declare her liability for prosecution.

On Friday, Sharkas - better known as Abu Ans al-Shishani – contacted a senior official in Lebanon’s Muslim Scholar Committee demanding the release of his wife and their two children.

The IS commander warned if they are not released Lebanon will face retribution.

“I hold Salem Rafei, the head of the Committee of Muslim Scholars, fully responsibility for the return of my wife. ... All Sunnis in Lebanon are responsible for our wives who are being taken to prisons. On what charge? I do not know,” he said in a video posted to YouTube.

Around 20 Lebanese police and security forces are being held hostage by IS, making Dulaimi and Oqaili powerful trading chips, according to Lebanese officials.

On Tuesday, however, Lebanon’s Muslim Scholars Committee announced, after a meeting a with Justice Minister Ashraf Rifi, that Oqaily had in fact been cleared for release.

Committee spokesperson Sheikh Salem al-Rafei said that Oqaily would be released hours after being handed over to Lebanon's General Security.

"Her file is simple and will be resolved as well," he said, according to Lebanon's Daily Star.

The Committee called on Monday for the release of the two wives as a sign of good will to the Islamist militants holding Lebanese citizens for ending threats to kill their captives.

Lebanon’s Prime Minster has stated his country needs more help to fight militants who have been engaging in regular attacks in Lebanese territory over recent months.

Tammam Salam told AFP that although he welcomed a new shipment of French arms, much more was needed to shore up Lebanon’s security.

He said that Lebanon's army, which has around 70,000 troops and is recruiting 10,000 more, "has showed respectable defence capacity", but emphasised that he needed “a lot more aid for it.”

Salam also said he was still awaiting $3billion from Saudi Arabia to fund the purchase of the French weapons.

"All the deals have been signed... We're in agreement on 90 percent of the types of weapons. The delivery should begin in the coming weeks."

Lebanon has faced increasing instability as a result of the war in Syria, both as a result of an enormous influx of refugees and violence from militant groups.