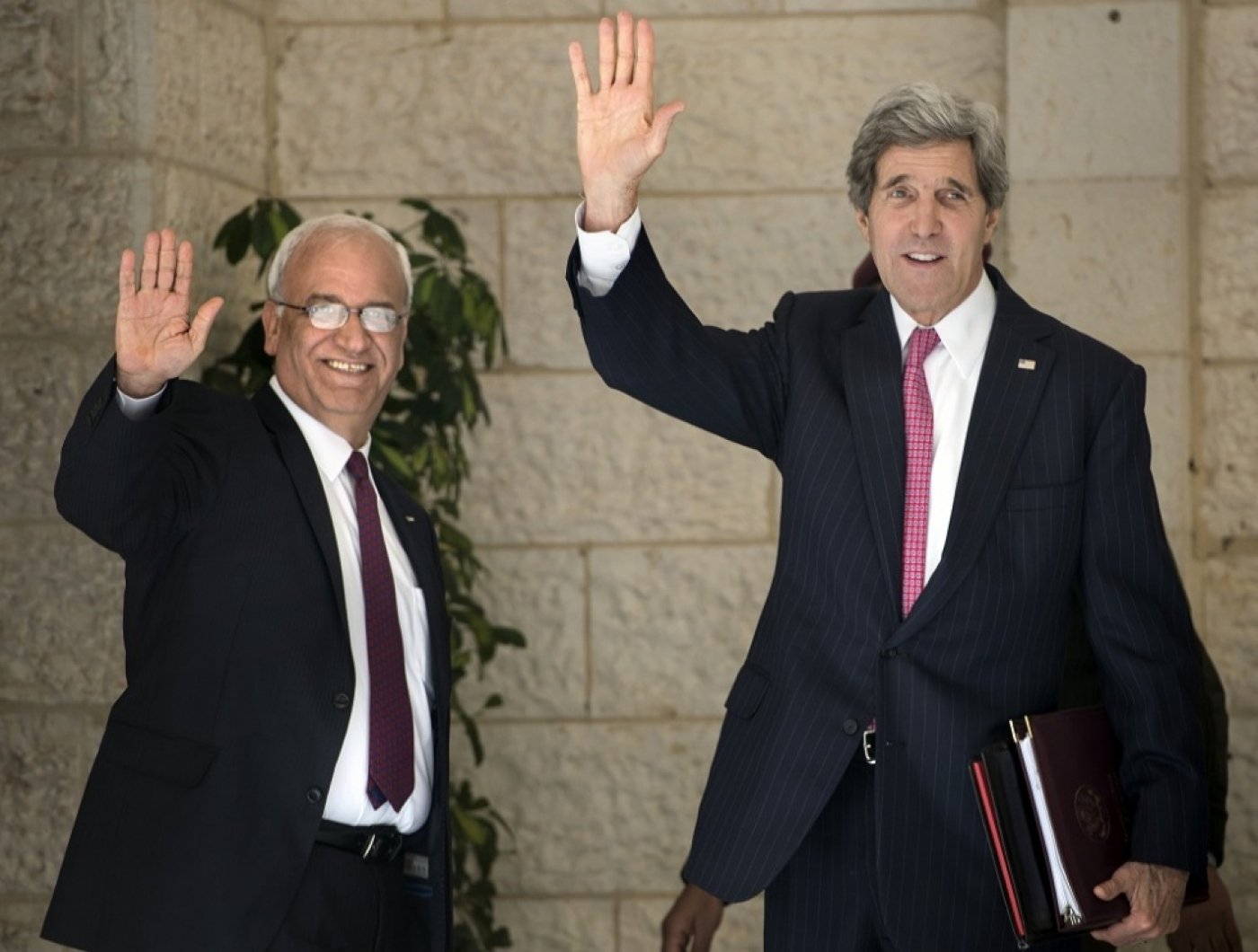 JERICHO, West Bank - Palestinian self-determination contained in the resolution to be put to the UN Security Council is non-negotiable, the chief negotiator for the PLO Saeb Erekat told Middle East Eye. He said Israel would have to recognise Palestine as a sovereign and independent state before the PLO agreed to land swaps.

The Palestinians have threatened to take an Arab-backed timetable resolution, calling for Israel to withdraw its troops by 2016, to the UN Security Council as early as tomorrow. It is widely believed that the US would veto this bill, although a rival and watered down French resolution remains on the table.

Erekat challenged the US to cast its Security Council veto, warning that they could be threatening their Arab military coalition against the Islamic State (IS) group in Iraq and Syria by doing so: “The US is leading a coalition of Arabs and Muslims, bombing two Arab and Muslim countries. What would the Arabs and Muslims say to a veto from the US saying no to a Palestinian state [based] on 1967 borders? It would be too much."

The veteran statesman is in London on Tuesday holding talks with US Secretary of State John Kerry about the UN bid. He is later scheduled to hold separate talks with the Secretary General of the Arab League Nabil al-Arabi. In his interview with MEE - given on the eve of his departure from his constituency office in Jericho - Erekat also warned about the regional dangers of allowing the conflict to fester. Jerusalem could become a magnet for the Islamic State, he said.

The 59-year-old, who was the chief negotiator during much of the negotiations of the Oslo Peace accords with Israel in the 1990s, called Israel’s ongoing settlement activity, the attack on Gaza, and attempts to take over the al-Aqsa Mosque the main source of violence in the region, going as far as to liken Benjamin Netanyahu, the incumbent Israeli prime minister, to Abu Bakr al-Baghdadi, the leader of the Islamic State.

“Da’esh (the Arabic acronym for IS) is headed by someone called Abu Bakr al-Baghdadi who is trying to call himself the head of the tanzim [system] of the Islamic State. Israel is led by a man called Benjamin Netanyahu who is acting like the head of the tanzim of the Jewish State. So what’s the difference between someone who is putting Western journalists on his knees and slitting his throat and someone who is putting a child called Abu Khdair on his knees, pouring oil and fuel on him, and burning him?" Erekat asked, referencing the killing of 16-year-old Palestinian Mohammed Abu Khdair by Israeli settlers in early July.

He added: "What is the difference between someone who comes from an upper-middle class family from New York and Paris to the West Bank and he believes in his mind that if he kills Palestinians, if he burns trees, if he harms Palestinians, he is closer to God?”

Erekat further vowed that it was only a matter of time before Palestine joined the International Criminal Court. “It could be as early as this week," he said.

In September, MEE reported that the Palestinian President Mahmoud Abbas stopped an application to join the ICC, six days after it was submitted to The Hague by his own Minister of Justice. The incident happened mid-way during this summer's 51-day war.

The PLO negotiator denied that they were using accession to the ICC as a political card: “Justice is justice… It is something that will happen anyway because we have the full right to defend our people. And for me and for [Palestinian President Mahmoud] Abbas - we don’t want to see the reoccurrence of attacks on Gaza likes the ones we witnessed last summer."

However, Erekat said ICC accession would cause “collateral damage” which they would have to weigh up carefully, Erekat explained.

“Doing this means that Israel will become the occupying power, fully responsible for the West Bank, Gaza and East Jerusalem. What is the collateral damage? That is what we are studying.”

Erekat stressed that 150,000 to 180,000 people - including security personnel, bureaucrats and university staff - were in effect employed by the Palestinian Authority.

"We are not committing suicide on this. We are internationalising. These steps are supposed to put Palestine back to the map, not to derail Palestine, not to interrupt the creation of Palestine," he said.

On the controversial issue of PA security cooperation with Israel, Erekat further claimed that: "We are not there anymore.”

He said a Palestinian State would be a nightmare for Netanyahu.

“He was born to destroy the two state solution. That is his mission in life. And how do you cope with this? By asking Israel, the occupying power, to resume its responsibilities?" he asked. "So this is why I don't need to have security cooperation. We are not there anymore. It is not that, as some people say, a notice - it is the process of the Palestinian Authority being or not being. Because the Palestinian Authority that was born to transfer Palestinians from occupation to independence is no longer there.”

Approximately 39 percent of the PA’s budget is devoted to security cooperation with Israel and there are 100 activists, accused of being Islamists by the PA, in West Bank prisons, according to sources close to Hamas. Last month 300 in the West Bank were summoned by the PA security forces, and detained under the formula of “an invitation to be investigated”.

Erekat said that if Israel continued with its current policies, there would be a Third Intifada and a series of uprisings after that. He added that the new call for Israeli elections - expected to take place in March 2015 - provided the Israeli people with a choice about who would lead them forward. 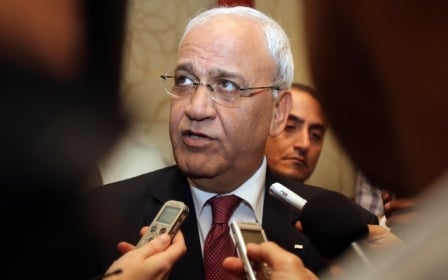