EXCLUSIVE: Yanis Varoufakis - Only solution is to starve IS of cash

In an exclusive interview with MEE, the former Greek finance minister gives his opinion on the economics of war, terror and refugees 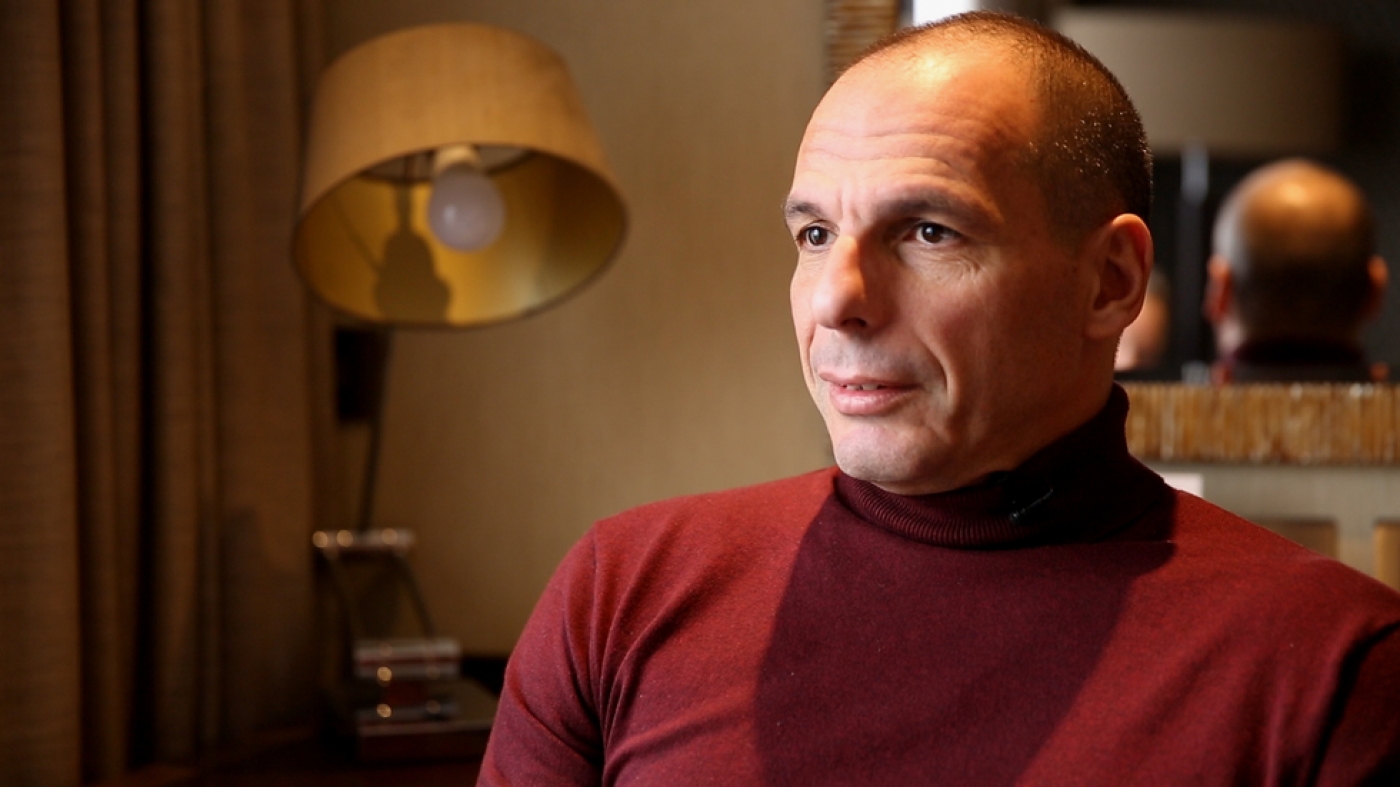 Only by cutting off alleged financial support for the Islamic State group from Gulf states can the violence that has spread from Syria and Iraq to Europe since the Paris attacks be halted, warns former Greek finance minister Yanis Varoufakis in an exclusive interview for Middle East Eye.

Varoufakis, who was catapulted from academia to international fame after taking up the post of finance minister in the newly elected left-wing Greek government of Syriza, said that the US and France were running out of military targets for their bombing campaign. After the Paris attacks on 13 November, President Francois Holland “had to show he was doing something, but they didn’t know what to bomb,” said Varoufakis.

He offered rare praise for his former nemesis Angela Merkel for her decision to allow hundreds of thousands of refugees from Syria's war to come to Germany, but said that "Europe has lost its capacity to respond rationally to common problems" over the refugee crisis. Merkel had done more than any other leader to open doors to refugees, but he was quick to forewarn that the political classes in Germany, and some sections of German society, are turning against her because of it.

He warned that the main beneficiaries of the recent attacks in Paris would be the defence and security companies, and those “people with terrible agendas” who will now “utilise the pain and the grief, the rage that most people feel, in order to push those agendas that have nothing to do with security” and in fact endanger it.

He said the actions of IS in Paris will only feed into Islamophobia which is “the greatest gift” to the group and “extremists everywhere”.

The oustpoken finance minister became a darling of the left for standing up to the EU and Troika against imposed austerity. He later resigned from the Greek government when it became clear that it would be accepting EU terms of austerity. Middle East Eye caught up with Varoufakis at his London hotel where we asked him about the economics of war, terror and refugees.

Solidarity among the weak

Varoufakis juxtaposed the disparity between Greece’s response, with thousands of refugees arriving every day, to that of Britain where a few hundred potential refugees have caused a “moral panic”. Why do poor country’s shoulder the burden more than rich ones? He paraphrases a passage from Bertole Brecht’s The Three Penny Opera: “If you are a beggar and you want to make money you don’t go to a rich suburb, you go to a poor suburb. Solidarity among the weak.”

What caused the crisis?

“Every time we [the West] intervene, mindlessly, either in order to prop up some dictatorship… Or when we invade in order to pretend we are doing something about the ill effects of previous interventions, we make a bad thing worse.” The Syrian war is a perfect example and “direct consequence of Western imperialism”. The refugee crisis is all these “chickens coming home to roost”.

In the wake of the Paris attacks the EU states have agreed to tighten checks on travellers at Schengen borders. He was quick to point out that Britain and the United States are not part of Schengen yet both countries have experienced major terrorist attacks, despite ramped up security and tight border controls. “When we raise borders and fences all we are doing is creating a greater division, mainly amongst our own people and between the good people on the other side of the fence and us.”

Varoufakis's initial response to the Paris Attacks was, like many people, for the safety and wellbeing of friends and family. Seconds later “desperation set in,” because the actions of ISIS will only feed into Islamophobia which is “the greatest gift” to ISIS and “extremists everywhere”.

“We have been here before:” the “good people” of Europe and the Middle East are now “going to have to face another wave of irrationality and misanthropy”.

Who benefits from terrorism?

Firstly the defence industry and security industry: “There’s a lot of money to be made every time there is a bomb that goes up… the shares of companies that produce equipment for security purposes go through the roof.”

Secondly, and more importantly, the “people with terrible agendas” who will now “utilise the pain and the grief, the rage that most people feel, in order to push those agendas that have nothing to do with security.” Agendas that ultimately violate and undermine security.

The only solution is to starve ISIS

The United States has been trying for months to bombard ISIS to no avail and it is a “well known secret” that the United States have since “run out of military targets”. French President Francis Holland “had to show he was doing something, but they didn’t know what to bomb.”

So if bombing isn’t working, what’s his solution? “The only solution is to starve ISIS.” The only way to do that is “by tackling Saudi Arabia and the Emirates that are supporting them”.

The declarations of war in response to the Paris attacks is a “19-century, early 20th-century, mid 20th-century” solution to a 21st century problem. In today’s world “there are no frontlines”.

War, what is it good for?

Capitalism in short, which “finds itself producing a lot more staff than the masses can consume”. This over supply or under consumption “gives rise to a need to boost expenditure”. Varoufakis would rather such surplus was boosted by providing health and education, but it is far easier of convincing a conservative parliament “to throw a few more bombs” onto the fire.

Rise of the far right

The combination of a world in economic turmoil, embroiled in a cycle of war, terrorism and the worst refugee crisis since the Second World War ensures far-right forces “rise up from within the rubble”.

He blames the failure of liberal democrats and the left to come to terms with “the crisis of capitalism” as a major contributing factor feeding “bigotry, ultra-nationalism and Nazism”. A historical theme of recurrence that will “only carry on as long as we continue to fail in precisely the same manner”. Blink News
BLiNK: Will Self on the Paris Attacks - 'War rhetoric doesn’t help'