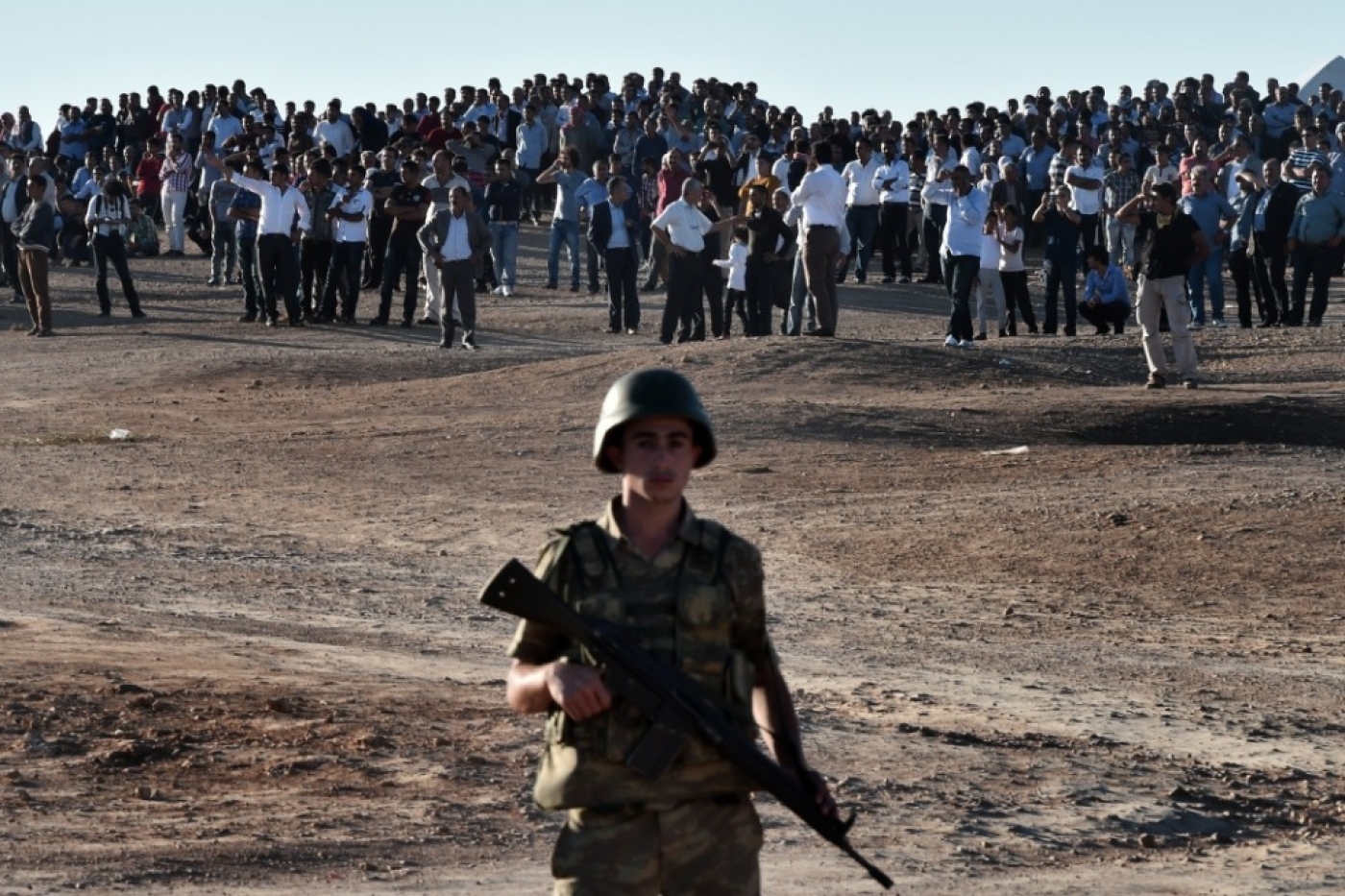 Dozens of fighters from IS, which has seized large parts of Syria and Iraq, were reported killed in the latest coalition raids.

The dusty town of Kobane on the Turkish border has become a key battleground between IS and its opponents, who include Kurdish fighters as well as the United States and its allies.

Fighting raged on Saturday as IS fighters attempted to seize a strategic hilltop that would give them access to the town, activists said.

Mortar rounds pounded the town as smoke rose above it, an AFP team on the Turkish side of the border said.

"The resistance is continuing. The danger has not yet been overcome," Sebahat Tuncel, a Kurdish member of Turkey's parliament, told reporters after visiting Kobane.

Five IS militants were killed in American air raids near the town, as well as 30 more around Shadadi in northeastern Syria, the Syrian Observatory for Human Rights said.

The fighting killed at least 10 Kurdish militia members, said the Britain-based Observatory, which monitors the conflict.

But activist Mustafa Ebdi said the Kurds had been buoyed by their success at holding off the assault so far, noting that IS had hoped to capture the town by Saturday for the Muslim Eid al-Adha festival.

"So far they have failed to enter the town," Ebdi said.

Some locals criticised inaction on the part of the Turkish government.

"Firstly the Turkish government took a long time to take any action, and now that they are taking action, it is not sufficient,” said Aslam Mehmoud, a former Kobane resident, talking to Al-Jazeera.

“They have just deployed their military to protect their own land here, but are in no way helping the Kurds in this fight,"

"So many are getting injured, because they are running short of weapons to fight."

Turkish Kurds in Diyarbakir, the 'capital' of Turkish Kuridstan have closed their shops in protest at the government's lack of action.

IS began its advance on Kobane on 16 September, seeking to cement its grip over a long stretch of the border.

It has prompted a mass exodus of residents from the town and the surrounding countryside, with some 186,000 fleeing into Turkey.

American bombers and fighter jets also carried out five air strikes against IS in Iraq, the US military said.