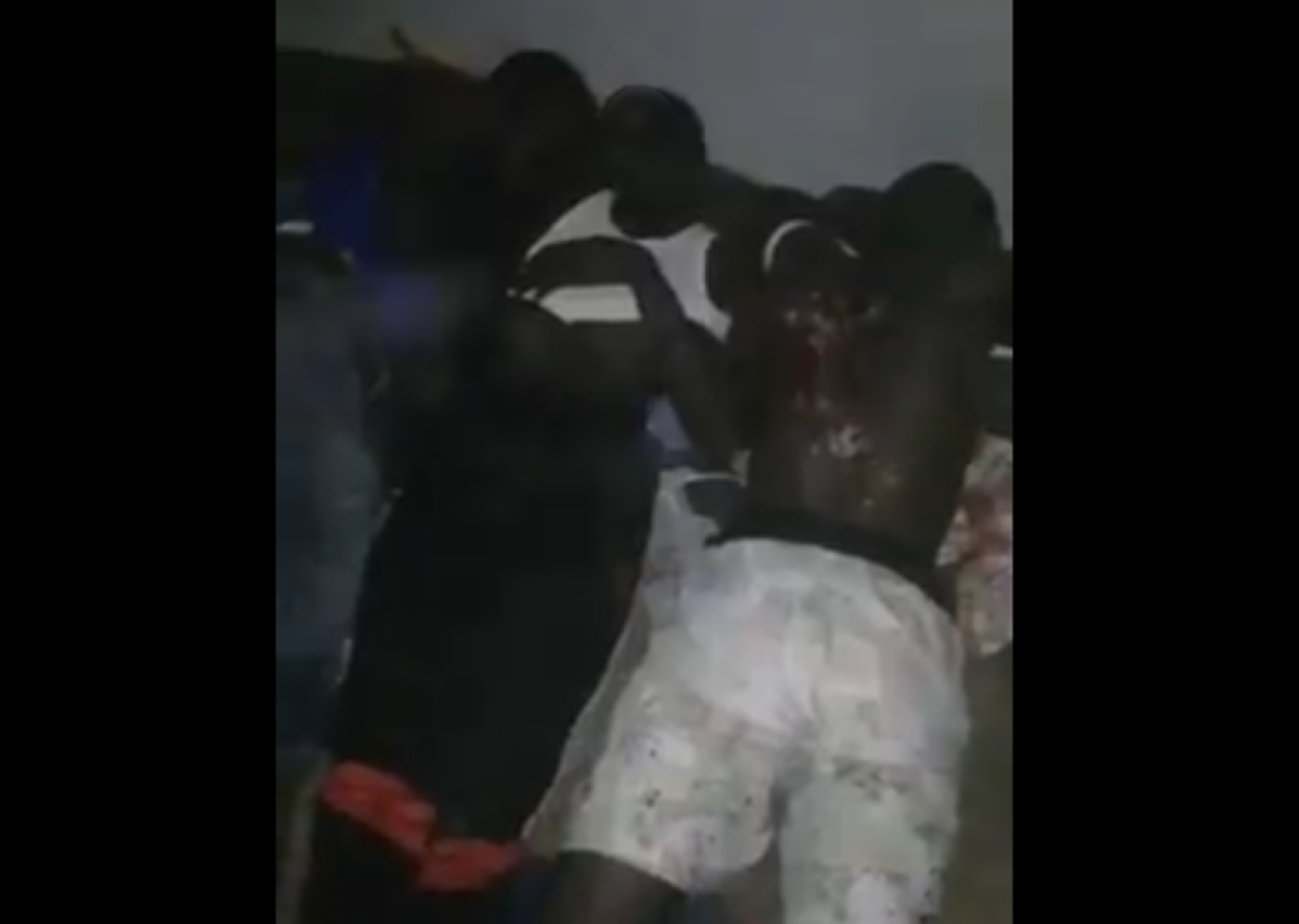 KHARTOUM - Relatives of four young Sudanese men shown being tortured by human traffickers in Libya in videos posted on social media have described how the men’s kidnappers phoned them up to demand ransom payments in return for their lives.

The highly disturbing videos show one trafficker holding a flame over the back of one of the men and burning him as he writhes naked on the ground while another member of the gang looks on with a gun.

In other videos the men are beaten on their feet with whips, and lacerations and other wounds can be seen on their bodies.

Reports on Wednesday suggested that the four men and four other Sudanese nationals had been rescued by security forces operated by the Libyan interior ministry in Tripoli, and taken to hospital.

Four men accused of their kidnapping had been arrested in al-Qadahiya in the northern city of Sirte, the ministry said in a statement.

He talked to us while he was crying, telling us to collect the 300,000 Sudanese-pound ransom and send it quickly

But a relative of one of the men told MEE on Wednesday evening that their families were still awaiting confirmation about their rescue.

“We heard about their release from the media, but so far we don’t have any confirmation and we can’t reach them on their phones” he said.

Earlier, the younger brother of one of the men told MEE that his family had received a call from the traffickers demanding payment of 250,000 Sudanese pounds (around $8,000).

“We received a call from Libya from the traffickers, threatening to kill our brother if we do not pay the 250,000-pound ransom to save his life,” he said.

The man, speaking from Kotum city in Darfur, said his 24-year-old brother had left Sudan seven months ago to look for work in Libya because of poverty and lack of opportunities in the troubled region which has seen a long-running war between separatist rebels and government forces and allied militias.

MEE is not identifying the men or the names of their relatives.

A family member of another of the men told MEE that his relative had spoken to him on the phone, telling him to pay the ransom to save his life.

“He talked to us while he was crying, telling us to collect the 300,000 Sudanese-pound ransom and send it quickly,” he said.

The two relatives said they had not been told how the payment should be made, adding that the traffickers had ordered them to collect the amount and await a further call telling them where to take the money.

The videos have aroused anger and widespread condemnation in Sudan where the government had called on the internationally recognised Libyan government in Tripoli to do all it could to save the men and track down their kidnappers.

Sudanese activists had organised a campaign on social media calling on people to donate money to help the families of the men to secure their release.

On Tuesday, Sudan summoned Ali Miftah Almahrooqi, Libya’s charge d'affaires in Khartoum, to call on the Libyan authorities to do more to protect its nationals in the country.

“We have officially expressed our condemnation in the strongest terms of the abuses of the Sudanese in Libya,” Sudanese foreign ministry spokesman Garib Allah Alkhidir told MEE.

Alkhidir added that Sudanese authorities were working with Libyan counterparts, the Sudanese embassy in Libya and regional and international bodies to save the lives of the four men.

“We told the Libyan ambassador that what is happening is unacceptable and he promised to sort it out quickly,” he said.

“But we will not wait and we have already moved, using our contacts with the Sudanese embassy and other regional and international bodies, to save our people.”

“We will spare no effort to save the lives of our Sudanese brothers and we really feel shame that such incidents can be committed by Libyans,” he said.

Libya has become a hub for migrants seeking to reach Europe and for people trafficking gangs seeking to exploit their desperation amid the chaos and instability that has gripped the country since the uprising against Muammar Gaddafi in 2011.

Thousands of people, sometimes hundreds at a time, have died while attempting to cross the Mediterranean aboard unseaworthy boats, while others have been kidnapped and trafficked as slaves or for organ harvesting.

Footage of a slave market in Tripoli filmed by CNN in November highlighted the dangers that African migrants face in Libya when they fall into the hands of trafficking gangs but that has not dissuaded many more young people from Eritrea, Ethiopia, Somalia and Sudan from risking the journey north.

Sudan has also faced scrutiny for its role in the trafficking trade as a transit destination for migrants from across East Africa but also from as far away as Syria, where tens of thousands of people have taken advantage of a visa-free travel arrangement to escape the country’s civil war.

The Sudanese government in 2013 ratified an anti-human trafficking law, but its efforts have been greeted with scepticism by international human rights organisations.

A 2014 report by Human Rights Watch accused the authorities in Sudan, Egypt and Libya of involvement in human trafficking activities and found they had conspired with trafficking gangs in the kidnap and torture of hundreds of Eritrean refugees over the past decade.

Since 2016, the RSF has deployed thousands of its forces along the border with Libya, ostensibly to stop illegal migration and human trafficking.

But Abdul Ali, the manager of the independent Sudanese Organisation for Combating Human Trafficking (SOCHT), told MEE that the government in Khartoum had questions to answer.

“I do believe that they are using illegal migration as a card to blackmail Europe,” Ali said, adding that commercial banks in Khartoum had been used to process random payments in the past.

“Khartoum was involved in human trafficking and even in the latest incident it’s difficult to believe that Khartoum’s banks are far from the transfer of the money for the ransom.”

But Khalid Lord, the chairman of the government's migration department, told MEE that Sudan was committed to fighting money laundering, human trafficking and terrorism.

“Sudan is taking its duties and responsibilities seriously and still needs to be financially, technically and logistically supported by the international community,” he said.

“Our banking system has no connections with money laundering or supporting terrorism, and independent international organisations have visited Sudan and proved that Sudan has no connection with these outlawed activities.”

United Nations agencies, the European Union and other international partners in 2014 launched an initiative known as the Khartoum Process to help Sudan to fight human trafficking.

Since then the EU and its member states have paid more than 200m euros to Sudan as well as providing police training and equipment to the country’s interior ministry.

In April 2016, the European Commission announced a 100m-euro development package for Sudan aimed at tackling the “root causes of irregular migration and forced displacement”.

Germany and Italy, which are among the EU countries most directly affected by an influx of refugees from Africa and Syria, have also paid money separately to Khartoum.

But Amjad Farid, an analyst at think tank Sudan Democracy First Group (SDFG), said the Sudanese government had used funds from European countries to finance the deployment of the RSF along its Libyan frontier.

Farid said that the growth of the human trafficking industry and its consequences, including slavery, kidnappings and even Mediterranean drownings, had been fuelled by the partnership between the EU and Khartoum which aimed to keep asylum seekers and migrants in Sudan.

“Europe has not shied away from using oppressive regimes like the one in Khartoum to guard its borders against the influx of black people to its lands,” Farid told MEE.

“The EU chose to ignore the simple clear fact that the oppression of Khartoum and Khartoum-like regimes are the drivers for those dreamers to risk their lives attempting to flee.

“[The Khartoum Process] is not about fighting human trafficking or smuggling; these are side dishes for the main course, which is stopping migration from the Horn of Africa.”

MEE contacted the EU’s office in Khartoum for comment but had not received a response at the time of publication. 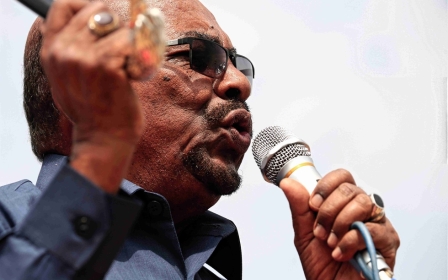