Romanian authorities said on Monday that they caught a fishing boat carrying 68 asylum seekers, including 23 children, off Romania's coast, raising fears that a new migrating route to Europe has opened up.

Government officials reported intercepting the boat, carrying Iraqis and Syrians, late on Sunday evening in the Black Sea in Romania's southeastern Constanta region, in the second such incident in the last week.

"They were accompanied by two Turkish traffickers," Ionela Pasat, a spokeswoman for the Constanta coastguard, told AFP.

The group was brought to the port of Mangalia for medical examinations on Monday before being handed over to the immigration authorities, she said.

Coastguards reported a boat with 69 Iraqi asylum seekers in Romanian waters on 13 August. One Bulgarian and one Cypriot were taken into custody on suspicion of human trafficking.

Despite pleging to take in 1,942 refugees on Friday, EU member Romania has avoided the largest migration crisis since the Second World War, due to being outside of the European Union's passport-free Schengen zone.

The route from Turkey to Greece by sea has been curtailed since the EU signed a deal with Ankara last year to halt the flow of migrants in exchange for $3.5bn aid to assist Turkey's hosting of refugees.

Turkey’s neighbour Greece also agreed under the deal to detain all refugees arriving on its Aegean islands in the hope of deterring others.

Yet concerns have been raised in Bucharast that the Black Sea route could emerge as an alternative passage for migrants, as opposed to the traditional but treacherous Mediterranean route.

Romanian police have already reported a five-fold increase in migrants attempting to cross the border illegally since 2016.

Over 111,000 migrants have reached Europe by sea so far this year, mostly crossing from Libya to Italy, according to recent statistics. Proving a risky route, over 2,300 have died attemping to sail across.

NGO rescue ships were banned from patrolling Libyan waters where hundreds of thousands of people have been rescued in recent years and taken to Italy. 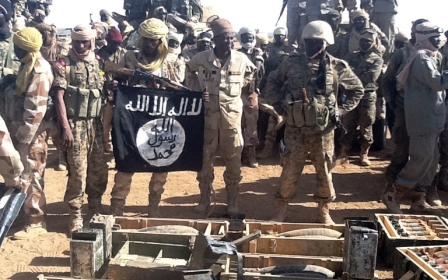