IS fighters near Turkish border despite US air strikes 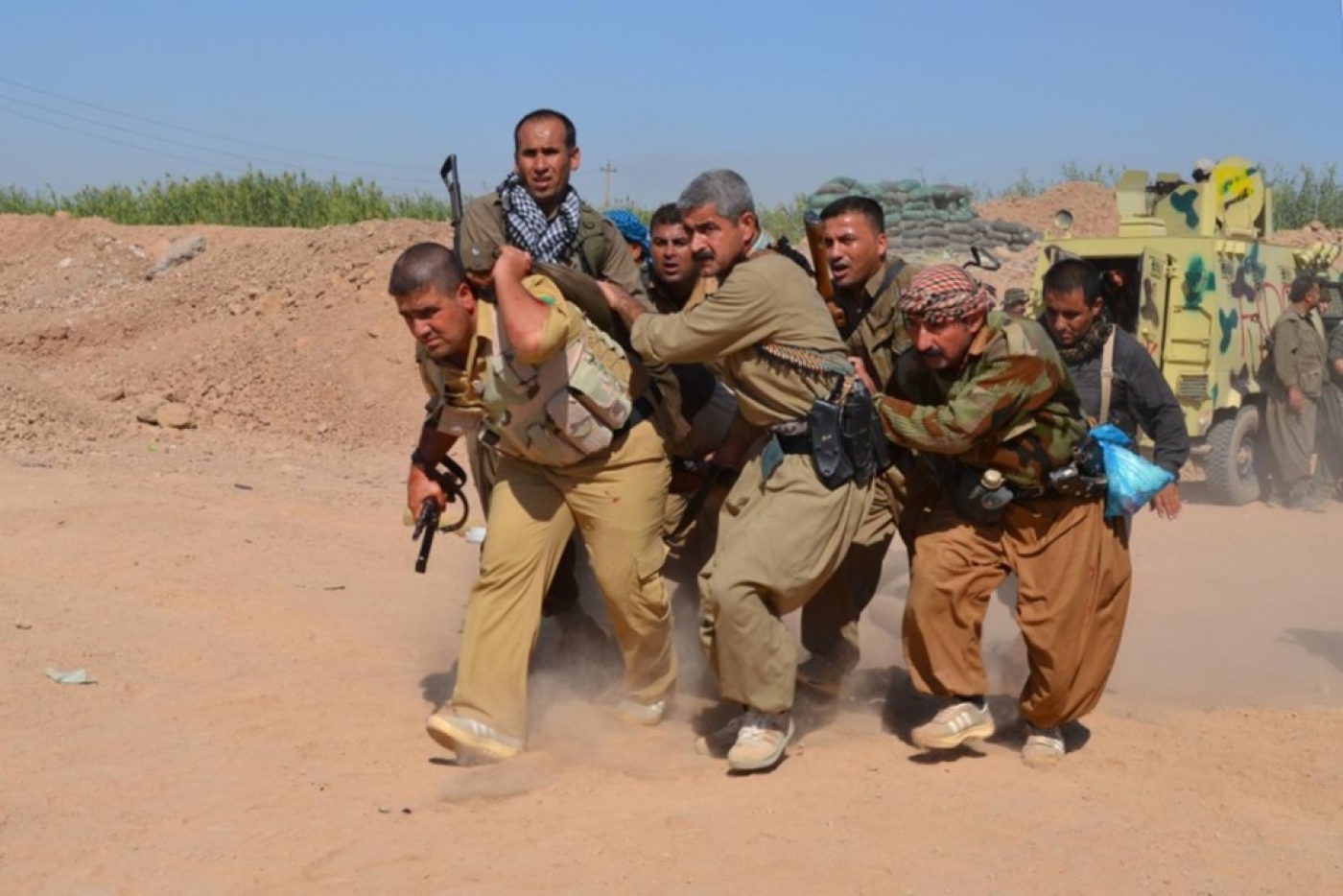 Kurdish peshmergas carry a man wounded during clashes with Islamic State militants in Kirkuk, Iraq on 30 September, 2014 (AA)
By
MEE and agencies

Islamic State (IS) fighters were closing in Wednesday on a key Syrian town near the Turkish border, despite multiple US air strikes, as the Pentagon cautioned it "cannot bomb the militants into obscurity".

US warplanes launched multiple strikes against Islamic State militants in both Syria and Iraq on Tuesday.

IS fighters closing in on a key town near the Turkish border were among the targets of nearly a dozen US air raids in Syria, the Pentagon said.

IS fighters penetrated within two to three kilometres of the Syrian town of Ain al-Arab - or Kobane - on the Turkish border, said the Syrian Observatory for Human Rights, a Britain-based monitor.

The Observatory added that US strikes have targeted the outskirts of Kobane for the first time.

It was the closest the militants had come to the town, since they began an advance nearly two weeks ago.

US warplanes also bombed IS in neighbouring Iraq as Kurdish forces launched attacks on three fronts in a bid to recapture ground lost to the group last month.

Peshmerga spokesman Halgord Hekmat said IS had been ousted from 30 positions.

Britain said its jets had destroyed an IS heavy weapons post and a machine gun-mounted vehicle in the country's first air strikes against the group in Iraq.

"I can confirm that the RAF were in action today in support of the Iraqi government in northwest Iraq," UK Defence Secretary Michael Fallon said.

Fallon said the strikes against IS were carried out by two jets from an RAF base in Cyprus.

"They identified and attacked a heavy weapon position that was endangering Kurdish forces and they subsequently attacked an ISIL armed pickup truck in the same area," he said, using an alternative name for the Islamic State group.

According to Kurdish sources cited by the BBC, the strikes helped the Kurds retake an "important border crossing" at Rabia, near Syria.

'We cannot bomb IS into obscurity'

The Pentagon, appealing for patience, warned that there would be no quick and easy end to the fighting.

No one should be lulled into a false sense of security by accurate air strikes," Pentagon spokesman, Rear Admiral John Kirby, told reporters. "We will not, we cannot bomb them into obscurity."

A long-term effort will be needed to train and arm Syrian rebel forces and strengthen Iraq's army, he said.

He said "military action alone will not win this effort".

Kirby criticised some media coverage as raising unrealistic expectations about the air campaign in Syria and Iraq.

Commanders from the outset had made clear that air power alone would not be enough while a long-term effort would be needed to train and arm Syrian rebel forces and strengthen Iraq's army, he said.

"Even as we share the sense of urgency about this group, we must also share a sense of strategic patience about this entire effort. And I think some of that has been lacking," Kirby said.

IS fighters are no longer moving openly in large groups and are "dispersing" to avoid being hit from the air, he added.

But he also acknowledged that the group still poses a threat and in some cases had seized more territory - even as it faces bombing from the air.

Effective air raids did not mean that "they aren't still trying and in some cases succeeding at taking and holding ground," Kirby said.

"We've been pretty honest about the fact that military action alone will not win this effort, but that shouldn't be taken as an admission of ineffectiveness.

"And one of the ways we know we're having an effect is precisely because the terrorists have had to change their tactics and their communications and their command and control," due to the air raids, he said.

US Marines crisis unit to deploy to Mideast

The US Marine Corps plans to deploy 2,300 troops to the Middle East for a new "special purpose marine air ground task force" designed to quickly respond to crises in the volatile region, Kirby added.

The idea for the task force originated in 2013 - before the current US air campaign against the Islamic State group - and was not related "to the ongoing operations in Iraq," Kirby said.

A senior Marine Corps officer said last week that the new task force for the Middle East region would be based out of Kuwait.

The "special purpose marine air ground task force" is part of a push by the military to improve its ability to respond to crises, including embassy evacuations, following a deadly attack on a US diplomatic post in the Libyan city of Benghazi in 2012.

The US Marine Corps has already set up a similar unit in Moron, Spain that is assigned to the Africa region.

With the United States now conducting what it says are "near continuous" strikes in both Iraq and Syria, a Washington-based think-tank warned that the costs of the campaign could swiftly escalate.

US aircraft have flown more than 4,000 sorties since August, including surveillance flights, refuelling runs and bombing raids.

The Centre for Strategic and Budgetary Assessments estimated if attacks continue at a moderate level, the cost will run at between $200 million and $320 million a month, but if they are conducted at a higher pace the monthly cost could rise to as much as $570 million.

NATO member Turkey, after months of caution in the fight against IS, has decided to harden its policy, and the government asked parliament Tuesday to authorise military action against IS in Iraq and Syria.

Lawmakers are due to debate a motion Thursday that Deputy Prime Minister Bulent Arinc said would "meet all the demands and eliminate the risks and threats".

Turkey has remained tight-lipped about what its intervention will entail, but Arinc indicated the parliamentary mandate will be kept as broad as possible to allow the government freedom to decide.

Meanwhile, the wife of a British taxi driver held by IS renewed her appeal on Tuesday for her husband's release, saying that his captors were ignoring the "verdict of their own justice system," which found him innocent.

Barbara Henning said that her husband Alan, who left the family home near Manchester in northern England to deliver aid to victims of Syria's civil war, had been "in the right place doing the right thing".

The number of Syrians in urgent need of food aid has shot up to more than six million, or more than one in four of the population, UN agencies said Tuesday. Islamic State
Who's doing what in the anti-IS coalition 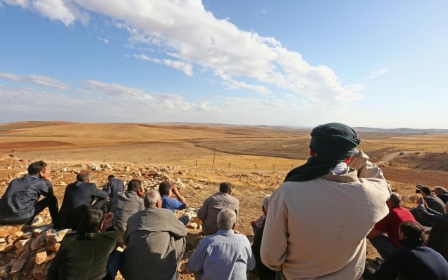