A Cairo court rejected the appeals of three activists from Egypt’s secular labour movement on Tuesday.

Ahmed Maher, the founder of the April 6 group, Ahmed Douma and Mohammed Adel, all of whom were prominent figures during the 2011 uprising that toppled former President Hosni Mubarak, received three-year prison sentences in 2013 for protesting without permission and assaulting police.

Monday’s court hearing was their final chance to appeal the judgement. Short of a presidential pardon, the activists are now left with no legal recourse.

Ahead of the hearing, messages of support for the trio flooded in, including a message of “solidarity” from inside the compound at al-Aqsa Mosque in Jerusalem.

In a statement released after the judgement was handed down, April 6 condemned the decision, saying it was an act of “clear revenge for the January [2011] revolution and its leading lights”.

April 6 played a leading role in the uprising that toppled Mubarak, and supported labour struggles in the years leading up to the popular revolution.

Egypt marked the fourth anniversary of the uprising on Sunday, with a bloody day of protests that killed up to 25 people.

On Tuesday, April 6’s statement also drew attention to the “tens of thousands” of other opposition activists, many of them accused of belonging to the now-banned Muslim Brotherhood, who have been imprisoned since 2013.

Maher, Douma and Adel have always maintained their innocence, arguing that the strict protest law under which they were convicted is unlawful because it restricts the right to demonstrate as laid out under Article 73 of Egypt’s new constitution.

When it was brought into force in 2013, Amnesty International warned that it gave authorities the power to “ban demonstrations at their discretion” and “use force, including firearms, against protesters – a blatant violation of international law”.

The Egyptian authorities, meanwhile, have stressed the importance of maintaining law and order, especially amid regional and domestic threats.

In the midst of fears about Egypt’s stability and security, an anti-Brotherhood organisation, the Popular Front Against the Brotherhoodisation of Egypt, is now attempting to have April 6, like the Muslim Brotherhood, designated a “terrorist organisation”.

Prosecutors accuse the group of working to overthrow state institutions and collaborating with foreign powers. An Alexandria Court will hear the case on 12 February. 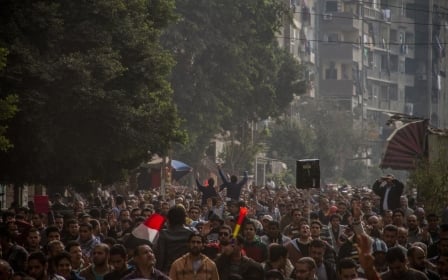 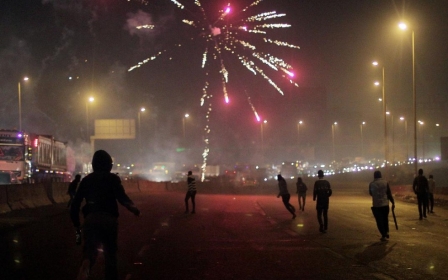