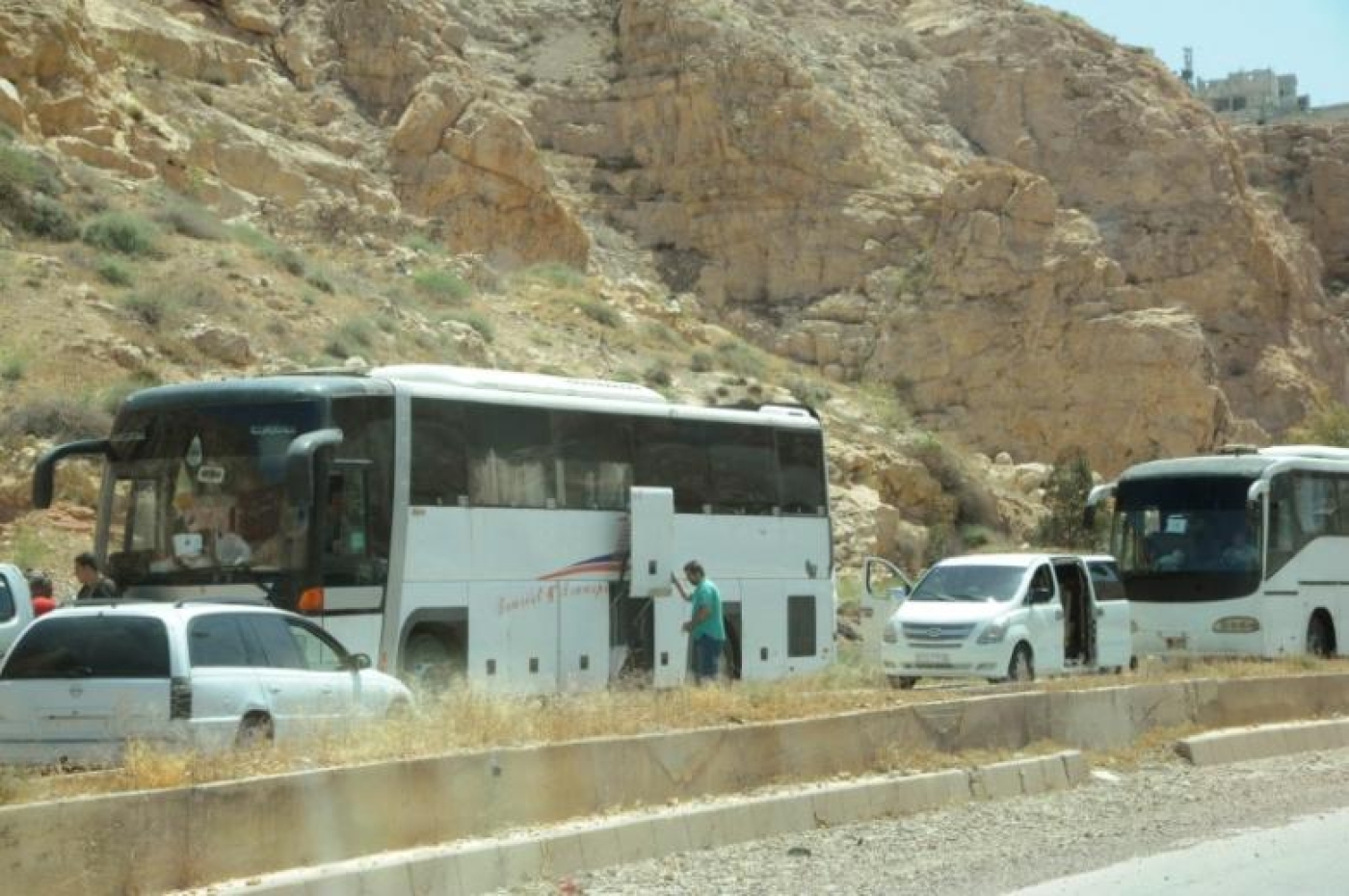 More than 1,000 people quit a rebel-held district of Damascus Monday, its governor said, in the final phase of a deal bringing Syria's government closer to controlling the entire capital.

The evacuations from the northern neighbourhood of Barzeh are part of a so-called "reconciliation" agreement for three opposition-held districts of Damascus.

Under such deals, fighters and civilians are granted safe passage to other rebel-held territory in exchange for an end to bombardment and siege.

The agreement has allowed Syria's government to declare control over the Damascus districts of Qabun and Tishrin, and on Monday the last evacuees left Barzeh.

"The last phase of the reconciliation deal for Barzeh is complete, with the departure of 1,012 people including 455 armed men," Damascus governor Beshr Assaban told state news agency SANA.

"This will allow state institutions to return to the neighbourhood," Assaban said.

The agreement was struck earlier this month and had already seen more than 5,000 people - nearly half of them rebels - leave Barzeh in several waves.

Like the thousands who left Qabun and Tishrin, they will head to opposition-controlled territory in northern Syria.

There are now only a handful of areas in Damascus that remain outside government control.

Rebels hold part of the heavily damaged Jobar district in the east, and in the south, the Tadamun and Hajar al-Aswad neighbourhoods as well as the Palestinian refugee camp of Yarmuk are now mostly controlled by jihadists.

The evacuation deals follow a pattern of similar agreements in towns and villages around Damascus, as well as in third city Homs.

The government says the deals are the best way to end the six-year war, but the opposition says this amounts to forced displacement.

Three children were among the dead in the Al-Joura district, according to the Syrian Observatory for Human Rights.

Besieged by IS since early 2015, the government-controlled third of Deir Ezzor city is home to an estimated 100,000 people.

Most of the surrounding oil-rich province is also controlled by IS.

The World Food Programme has been dropping humanitarian aid into Deir Ezzor since April 2016, and Russian and Syrian government planes have also carried out their own independent air drops.