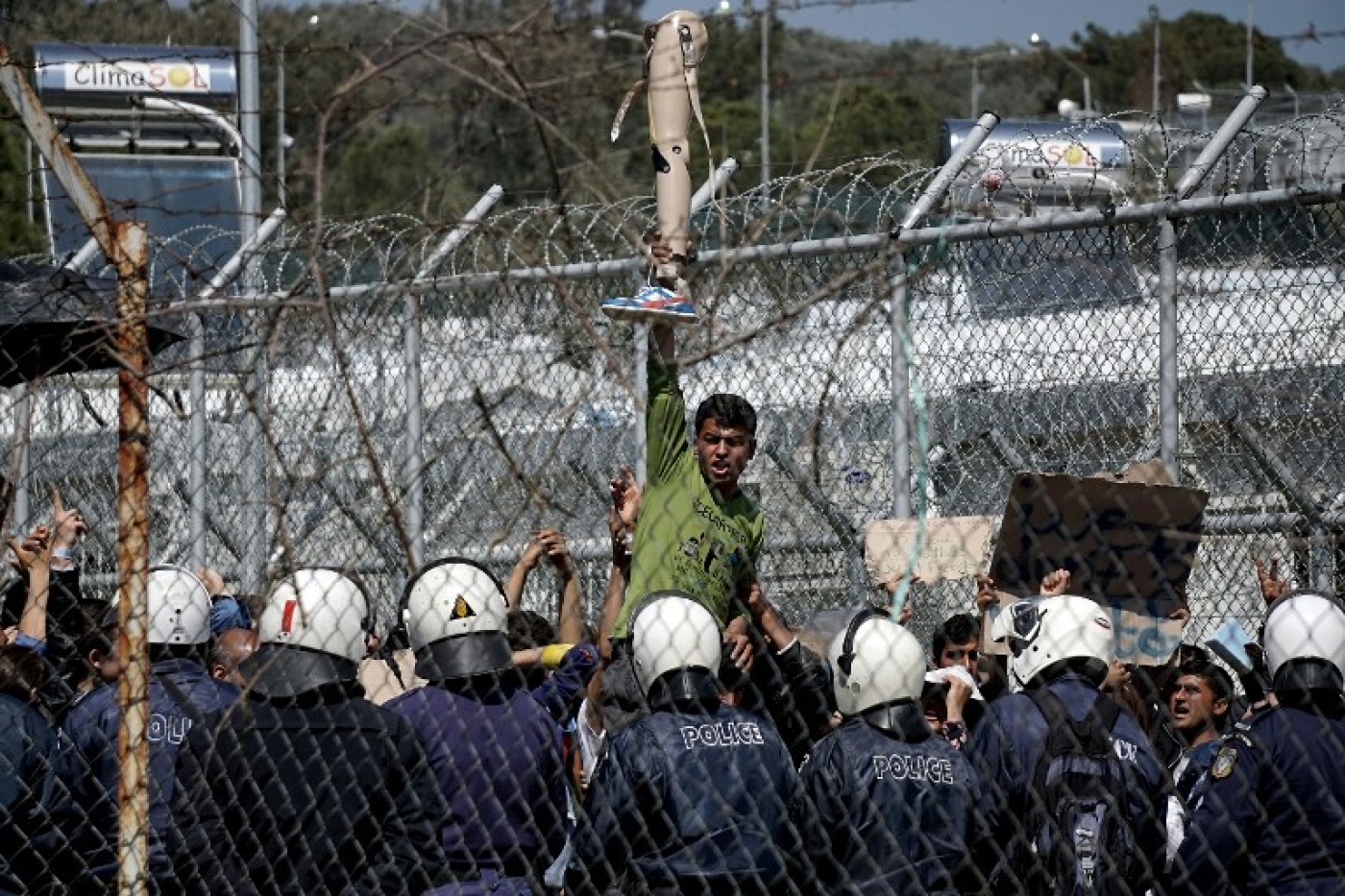 One of Greece's main migrant camps on the island of Lesbos on Monday suffered extensive damage in a fire apparently set on purpose, with thousands forced to flee to safety, police said.

Tents at the camp of Moria were "almost entirely destroyed" and containers that provide additional accommodation and health and registration services were damaged, a police source in Athens told AFP.

Firefighters were prevented from tackling the fire early on by clashes that broke out among rival nationalities in the camp, reports said.

With the flames fanned by strong winds, up to 4,000 people are believed to have fled to the surrounding fields, the police source said.

However, once inside the firefighters were able to bring the fire under control.

Police were sent out after the migrants and were in the process of returning them to the camp, the officer added.

He said there was "no doubt" that the fire had been set on purpose by those inside.

Some 150 minors housed at the camp were evacuated to a children's village on the island, the officer said.

A previous fire at Lesbos’s Moria centre on 1 June destroyed living quarters and led to six people being hospitalised.

There are now over 60,000 refugees and migrants in Greece, most of them seeking to travel to Germany and other affluent EU countries.

But they are unable to do so after several eastern European and Balkan states shut their borders earlier this year.

Refugee hotspots on the Greek islands, including Chios and Lesbos, have been at the forefront of the crisis. These centres started out as temporary reception areas for new arrivals, but since a deal between the EU and Turkey came into force in March, new arrivals have been housed in the centres until their asylum applications are assessed. Those who are unsuccessful are deported back to Turkey.

Aid agencies have not released details about residents’ nationalities, but Afghans and Pakistanis are believed to be the biggest groups, with Syrians making up the largest number of new arrivals.

The hotspots are jointly managed by the Hellenic Police, Ministry of Migration and the Greek coastguard. They have come under repeated fire from human rights campaigners, with some aid groups winding down their support or pulling out of the centres altogether amid concerns about restrictions of movement.

While a spokesperson for the Greek authority managing the refugee crisis told Middle East Eye back in June that residents “are not obliged or forced to stay within the facilities,” residents say they face a host of challenges in the centres, including verbal abuse.

“A couple of days ago I was in the food line,” one of the sources told MEE. “I heard the policemen talking to each other, calling us dogs, saying that the ‘animals are getting food so we need to watch them’."

Island residents have also staged protests to demand the transportation of the migrants to the mainland.

The procedure is part of an EU-Turkey deal designed to limit the flow of refugees and migrants to Greece's shores.

According to government data, there are over 13,000 people on five islands in facilities built to house fewer than 8,000.

Most of them are Syrian refugees fleeing civil war, in addition to Iraqis, Afghans, Pakistanis and others from the Indian subcontinent and north Africa considered to be economic migrants, and as such not automatically entitled to asylum in Europe.

On Lesbos itself there are more than 5,600 people, over 2,000 more than the nominal capacity of the camps.

Brawls are common, with many desperate to avoid being returned to Turkey or their home countries after spending a small fortune and risking their lives trying to escape poverty and persecution.

Earlier on Monday, tension rose in Moria owing to a rumour that migrants were about to be deported en masse to Turkey, state agency ANA reported.

But a strong police presence at the camp had initially calmed tempers, the officer said.

Another two fires broke out in the olive groves near Moria but were brought under control before the third fire erupted at the camp.