IS fire from Syria kills 2, including child, in Turkish border town

A 54-year-old woman and young boy were killed in Kilis when IS-fired rockets struck their car, Turkish media have reported 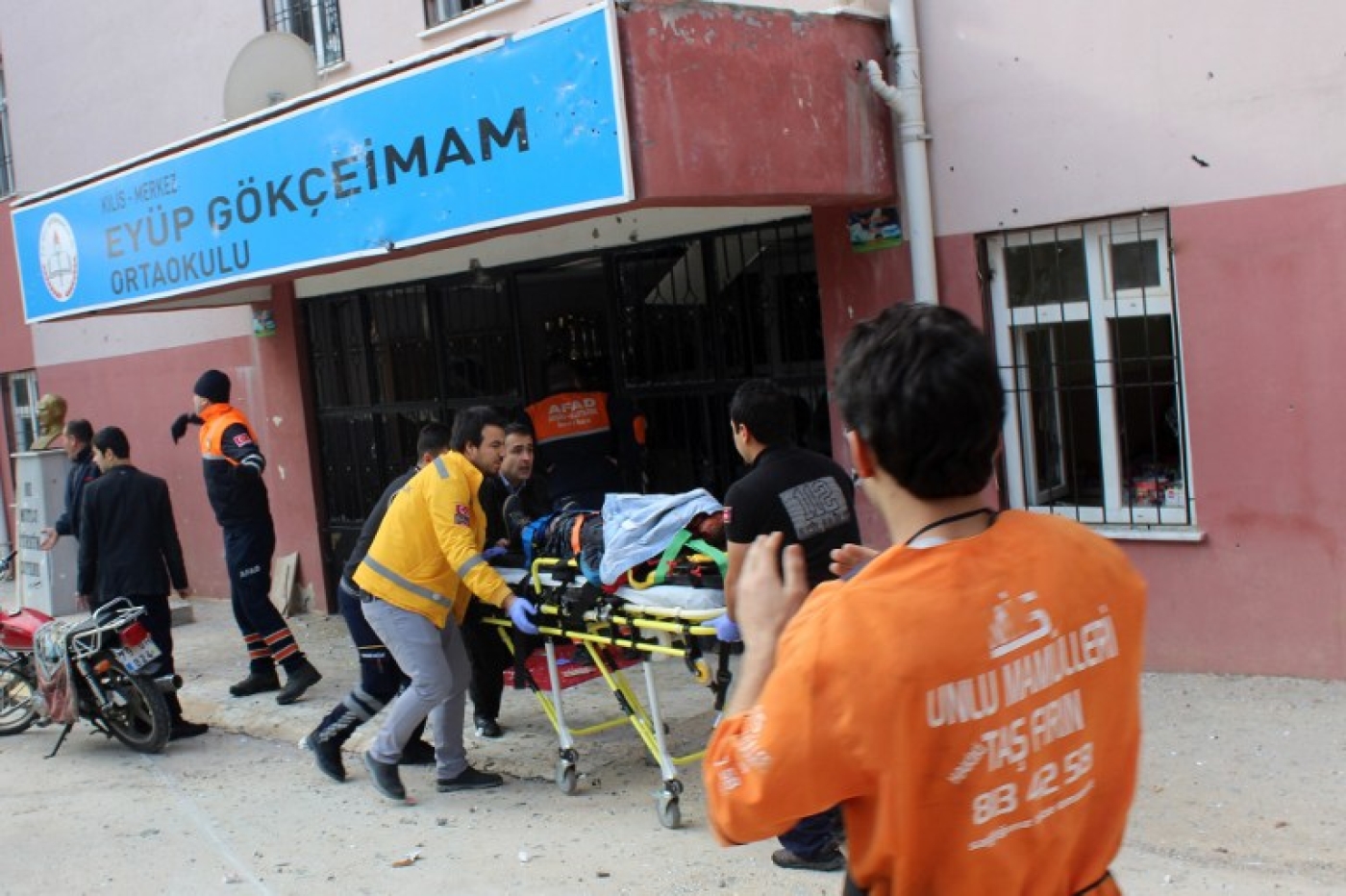 Eight rockets fired from a militant-controlled area of Syria slammed into a Turkish border town on Tuesday, killing two people including a four-year-old child, reports said.

Some of the Katyusha-type rockets hit empty areas of the town of Kilis, but at least one caused casualties, Turkish media quoted the mayor Hasan Kara as saying.

A 54-year-old woman was killed in the strike while shrapnel hit a passing car in which two children aged six and four were travelling, the state run Anatolia news agency said.

The four-year-old boy later died of his wounds on the way to hospital, it added. The six-year-old was also wounded.

It is the first such incident since 18 January, when a rocket fired from an Islamic State-controlled position in Syria killed a janitor and wounded a pupil at a school in Kilis.

Television footage showed anxious residents inspecting a crater made by one of the rockets as another missile slammed into the ground nearby.

The Dogan news agency said that the rockets had been fired from an area in Syria controlled by Islamic State (IS) militants.

The Turkish army then struck back by firing on IS positions in Syria according to the rules of engagement, it quoted security sources as saying.

Turkey has on occasion been accused by its Western allies of not doing enough to combat the threat of IS, which has captured swathes of Iraq and Syria right up to its border.

But Ankara is now playing a key role in the US-led anti-IS coalition and hosting foreign warplanes at its Incirlik airbase for strikes on the group.

The latest attack comes after Turkish armed forces launched repeated artillery strikes in the last two weeks on IS positions in Syria.

A fragile ceasefire backed by Turkey has taken effect in Syria, but the deal does not apply to territory held by the IS group and al-Qaeda affiliate al-Nusra Front.

From mid-February, Turkish artillery had also shelled targets of the Syrian Kurdish Democratic Union Party (PYD) inside Syria, with the military saying it was responding to incoming fire.

But Turkey has not shelled any positions held by Syrian Kurdish fighters inside Syria since the ceasefire was implemented on 27 February.

Washington had urged Ankara to halt its fire on the PYD and its People's Protection Units (YPG) militia. Diplomacy
ANALYSIS: Kurdish conundrum opens rift between US and Turkey