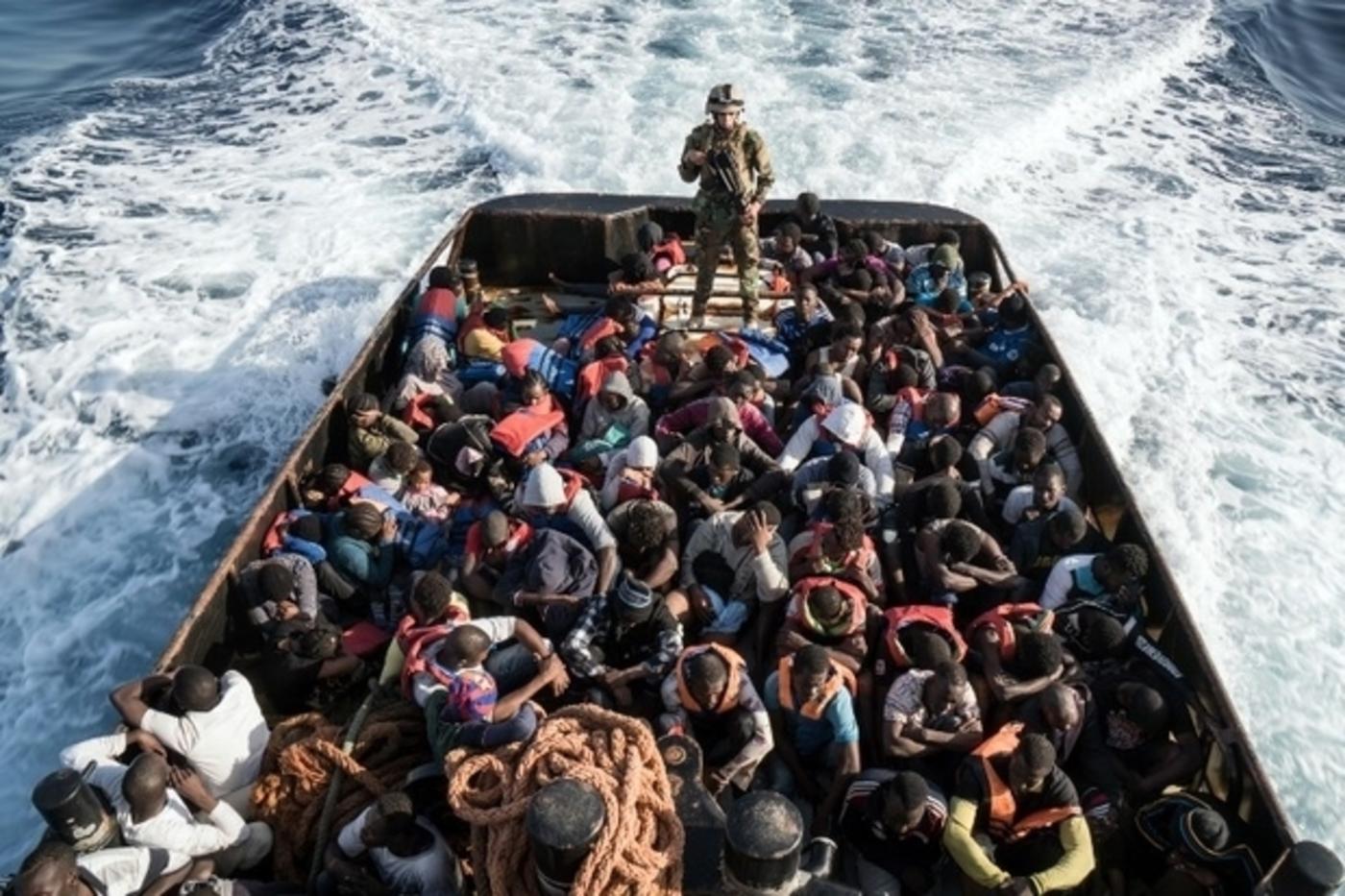 Libyan rescuers took three hours to reach the sinking rubber dinghy, according to the Navy (AFP)
By
AFP

Libya’s navy recovered the bodies of five migrants while they rescued more than 100 after their vessel sank near the country’s coast, the navy told AFP on Monday.

A survivor said they had been close to an Italian vessel that refused to save them.

"When we got closer to the Italian rescuers, they wouldn't rescue us so we waited there" for the Libyan navy, he said.

Panic ensued as the passengers sought to clamber on board the Libyan ship as their own boat was quickly filling with water.

"While trying to climb up the side of the rescue boat, three women and two little boys fell into the water and drowned," he said.

Ghommeidh did not identify the victims, confirming that five people died and 117 survived, including women and children.

They were taken to the capital Tripoli after being rescued "around eight nautical miles off the coast of Abu Kammash," an important petrochemical complex and oil terminal close to the Tunisian border, the officer said.

Libya is a key departure point for thousands of migrants hoping to reach Europe, although hundreds drown each year attempting the sea route.

So far this year, around 40,000 people have survived the crossing, while more than 800 are recorded as dead or missing by the United Nations refugee agency.