Foreign diplomats and firms urged to return to Libya One of Libya’s rival governments urged foreign diplomats to return to the capital, Tripoli, on Sunday.

The General National Congress (GNC), which has continued to hold meetings in Tripoli despite spiralling violence in the city and a legitimacy battle with the House of Representatives, called for foreign firms and diplomats to return.

“We call on diplomatic missions and foreign firms to return to Tripoli," Omar al-Hassi, head of the GNC, said in a statement.

"Foreigners who reside in Libya enjoy the same protection the state offers to its citizens," it said.

Hassi’s statement came two days after gunmen had to be chased out of the residence of the Swiss ambassador in Tripoli.

The residence was empty at the time of the attack.

Tripoli remains under the control of militias from Libya Dawn, and the majority of foreign embassies in the city are closed.

Italy is one of few countries to maintain a functioning embassy.

In November, twin car bombs struck the embassies of Egypt and the United Arab Emirates, countries Libya Dawn accuses of involvement in airstrikes targeting militant positions in and around the capital in recent months.

The British embassy is closed and is “unable to provide consular assistance” – British nationals are “strongly urged to leave immediately.” 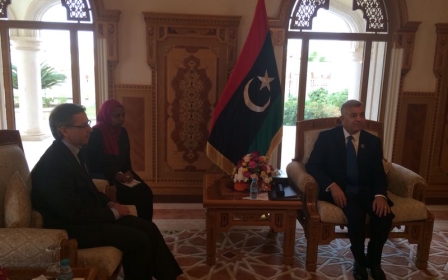 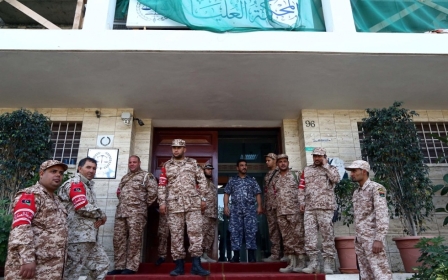