Gonen Segev, who has been jailed once already for drugs smuggling, is accused of sharing sensitive security and energy market information Former Israeli minister and convicted drug smuggler Gonen Segev went on trial on Thursday on charges of spying for Iran, in a case which has been kept under tight wraps on security grounds.

Segev, 62, was arrested last month after being extradited from Equatorial Guinea “on suspicion of committing offences of assisting the enemy in war and spying against the State of Israel”, according to a police statement.

He served as energy and infrastructure minister from 1995 to 1996, and has been charged with "espionage against the State of Israel, assisting the enemy in time of war and passing information with the intention of harming state security".

According to the police, an investigation found Segev made contact with the Iranian embassy in Nigeria, where he was living at the time. He is then said to have travelled to Iran twice to meet with his handlers.

Once recruited, Segev began working as an Iranian agent, the police said.

Journalists were excluded from Thursday's hearing, which was held behind closed doors at Jerusalem district court, an AFP correspondent reported. Most of the detailed charge sheet has been redacted in its published version.

The brief hearing saw the charges read out to Segev, lawyers said, and the case was adjourned until September, without a precise date set.

Prosecutor Geula Cohen stressed to journalists outside the court the "seriousness of this case implicating a former minister accused of spying on behalf of Israel's main enemy".

Segev's defence lawyers have previously alleged that the few details made public so far have given a misleading impression.

Lawyer Moshe Mazor told journalists on Thursday that he could not discuss details due to the state-imposed censorship surrounding the case, but added that he hoped "this affair will regain its proper proportions by the end of the proceedings".

Segev is accused of providing Iran with information related to the energy market, security sites in Israel, buildings and officials in political and security bodies, and more between 2012 and his arrest at Israel's Ben Gurion airport in May.

Segev, who served in the Labor government of prime minister Yitzhak Rabin after defecting from the far right to cast the decisive vote in favour of the Oslo II agreement with the Palestinians, has previously served prison time on criminal charges.

He fell into the Equatorial Guinea authorities’ hands as he attempted to enter the country in May from Nigeria, where he has been living in recent years working as a paediatrician.

The former minister was refused entry by Equatorial Guinea due to his criminal past – Segev was jailed in Israel in 2005 for attempting to smuggle 32,000 ecstasy pills into the country from the Netherlands.

At the time, Segev told the police he believed the pills to be M&Ms.

The paediatrician was also picked up on forgery and fraud charges after using a pencil to illegally extend the date of his diplomatic passport and being found guilty of several offences involving credit cards.

Convicted of drug smuggling, forgery and fraud, in 2005 Segev was sentenced to five years’ imprisonment and fined $27,500. The following year he admitted the charges as part of a plea bargain agreement, and was released in 2007 after his sentence was cut for good behaviour. 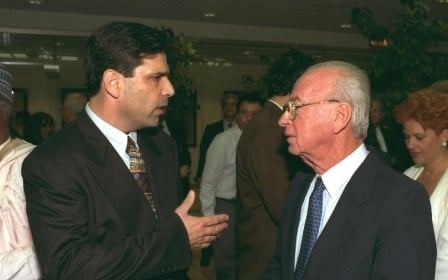