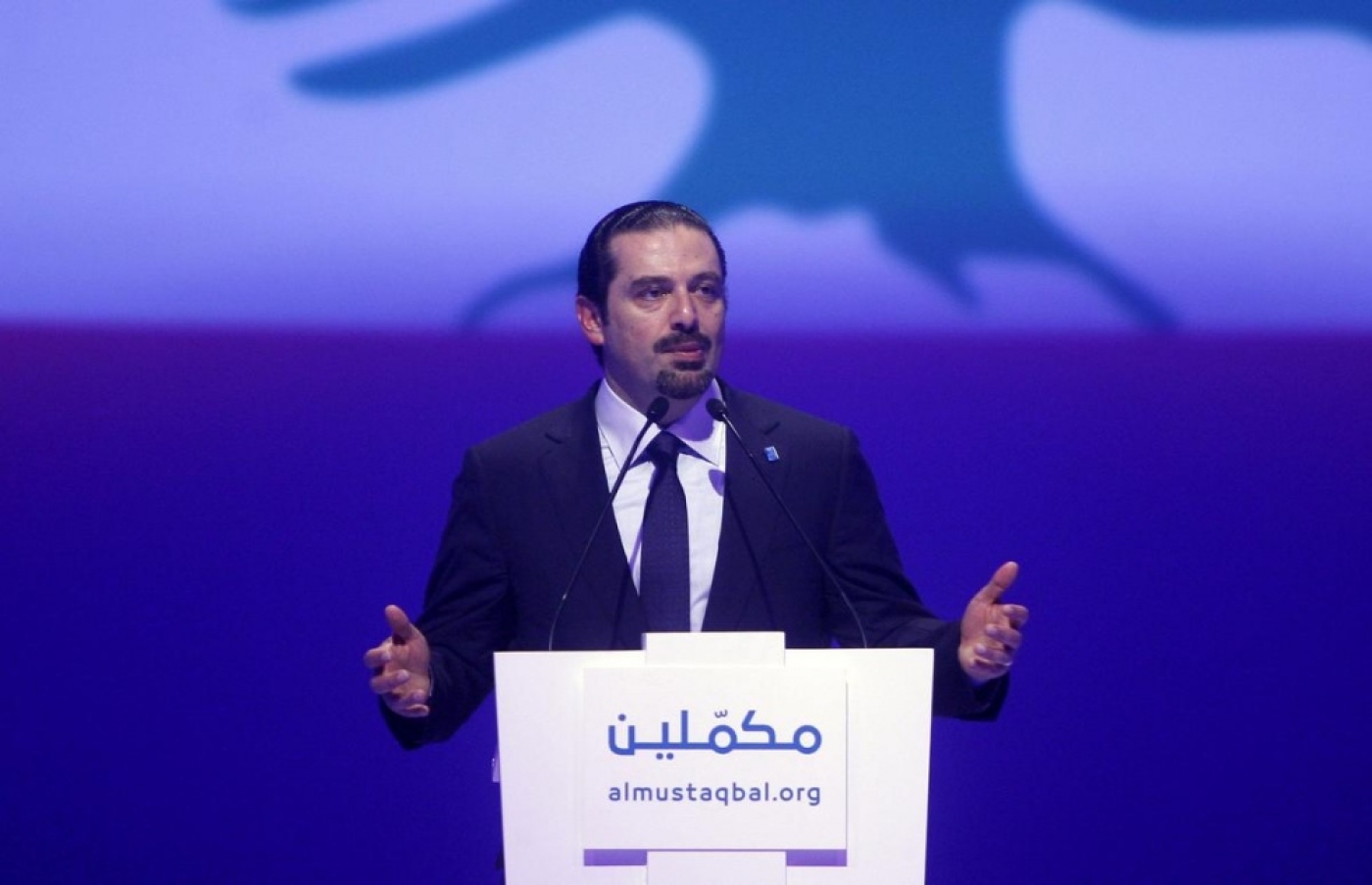 Former Lebanese premier Saad Hariri at the Biel Convention Centre in Beirut on 14 February, 2015 (AA)
By
MEE and agencies

Former Lebanese Prime Minister Saad Hariri called on Hezbollah on Saturday to withdraw from Syria, during a speech at a gathering in Beirut marking the anniversary of his father's death.

Lebanese paid their respects Saturday to former prime minister Rafiq Hariri a decade after his assassination in a massive and shocking suicide bombing that destabilised the fragile country.

Saad Hariri returned from self-imposed exile for the occasion and addressed a memorial service.

"We say [to Hezbollah]: leave Syria. Stop spreading Syria's fires in our country," he said.

The conflict has spilled over into Lebanon, with bombings and border incursions by militant groups, as well as the influx of 1.1 million refugees.

"Assad has managed to break Syria over the head of the Syrian people," Hariri added.

His father was killed by a car bomb blast on 14 February, 2005 in Beirut's seaside Ain al-Mreisse district. Hezbollah was implicated by a UN-backed tribunal in his father's killing.

The attack, which also killed 22 other people, shook Lebanon and the wider region.

It prompted massive anger at Syria, which had long been the power-broker in the country, with many people accusing Damascus of involvement.

The resulting outrage prompted Syria to pull its forces out of Lebanon, ending a 30-year presence that began during the 1975-1990 civil war.

However, the initial optimism that surrounded Syria's departure dwindled in the face of renewed bomb attacks against anti-Syrian politicians, public figures and those investigating Hariri's assassination.

An international tribunal is prosecuting five Hezbollah members accused of Hariri's murder, but the group has refused to hand the suspects over to the authorities, claiming that they were innocent.

UN Secretary General Ban Ki-moon said in a Saturday statement that the Special Tribunal for Lebanon showed that "impunity will not be tolerated".

Lebanon's existing political and sectarian fault lines have been exacerbated by the conflict that began in Syria in March 2011.

Hezbollah and its allies back Assad's government, while many Lebanese Sunnis support the uprising.

The disagreement has caused a stalemate in parliament, which has failed repeatedly to elect a new president since Michel Sleiman's mandate expired last May.

"Dialogue is simply a necessity at this stage," he said. "It is an Islamic need to contain sectarian tensions...a national necessity to right the political process and end the vacancy in the [Lebanese] presidency."