Iraqis look at the damage following a car bomb attack in Sadr City, a Shiite area north of the capital Baghdad (AFP)
By
MEE staff

The two initial blasts were reported around midday. The first and deadliest killed 39 people at an outdoor market in the predominantly Shia neighbourhood of al-Shaab, a security source told Iraqi news site Sumaria News. A second blast, believed to be a car bomb, happened shortly after, killing at least two people in the southern neighbourhood al-Rasheed.

Iraqi Prime Minister Haider al-Abadi announced after the bombing al-Shaab that a security official in charge of the area had been sacked, but gave no more details.

A few hours later two blasts hit the largely Shia suburb of Sadr City in the north-east of the capital. The first killed 25 people at a crowded market, while a separate attack targeted a restaurant, killing nine.

At least 90 other people have also been injured in the blasts which took place at around midday, officials told AFP.

The Islamic State (IS) group has claimed responsibility for the first two attacks.

The bombings are the latest in a string of high casualty attacks, which has now seen more than 160 people killed in and around Baghdad since last week.

Abadi on Tuesday afternoon vowed a strong response to the attacks, pledging to make sweeping changes to the city's security apparatus.

"These explosions...are the clearest evidence that your government has become unable to protect you and offer you security," Sadr said in a statement.

Sadr City, which was targeted with a double bombing on Tuesday, is a stronghold of support for the firebrand cleric, who recently led a wave of anti-government protest over corruption and the formulation of a new government.

Imad Alou, an expert on security affairs, told the al-Monitor website that the bombings were a result of both the losses IS was facing on the battlefield and the current political instability in Iraq.

“Whenever a political crisis emerges, the security situation in the country is negatively affected,” he said, referring to the continued wrangling in the Baghdad parliament over the introduction of a technocratic government.

IS overran large areas north and west of Baghdad in June 2014, and later made further advances in Anbar, seizing its capital Ramadi in 2015.

On Monday, the Pentagon said that IS has lost almost half of what it had once held in Iraq.

The Defence Department previously estimated that IS fighters had lost control of about 40 percent of the territory they claimed in Iraq and about 10 percent of the land they held in Syria, but has now revised the estimates. 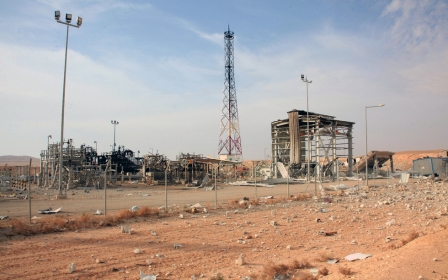