France elections 2022: Voters head to polls with far-right closer to power than ever before 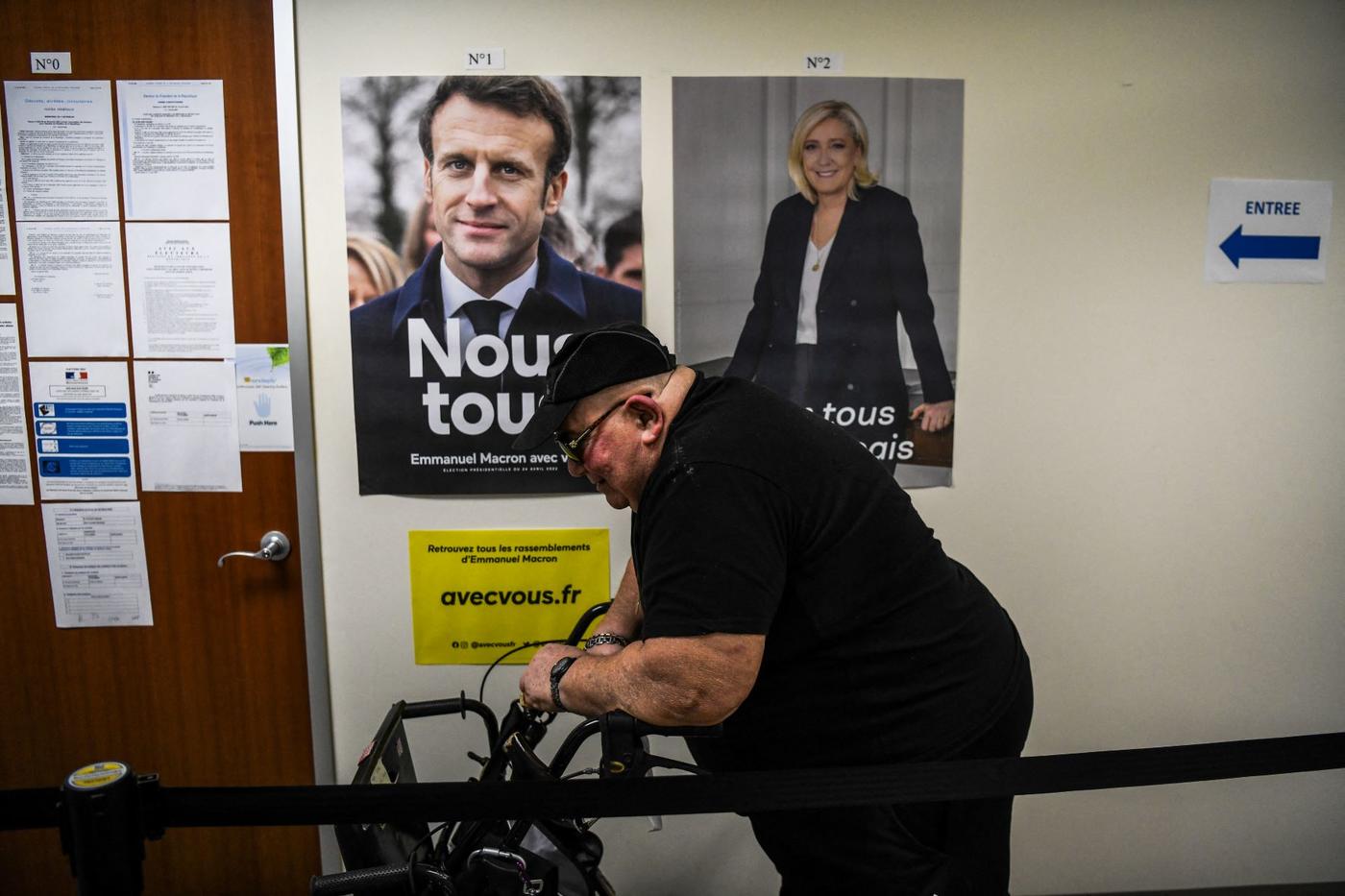 An overseas voter arrives to vote at the French consulate in Miami, Florida, during the second round of the French elections (AFP)
By
MEE staff

French voters headed to polls on Sunday with incumbent Emmanuel Macron at risk of being unseated by far-right leader Marine Le Pen.

By 5pm, the turnout in the run-off for the presidential elections stood at 63.2 percent, down more than two percentage points from the same time in the second round of the presidential race of 2017, according to the interior ministry.

Turnout was higher than it was at the same time in the first round of voting on 10 April this year, however, the ministry reported. A number of polls have indicated that around a quarter of voters could refuse to cast a ballot, left with the choice between Le Pen and the centre-right Macron, whose government has helped mainstream anti-Muslim rhetoric over his five years in power.

With voting stations set to close at 8 pm local time, Le Pen cast her ballot in the northern town of Henin-Beaumont, while Macron voted along with his wife Brigitte in the Channel resort town of Le Touquet.

Le Pen has been polling higher than any far-right figure in decades, running on a platform combining plans to tackle the cost of living crisis with social conservatism and anti-immigrant policies.

She has vowed to remove birthright citizenship, only give French citizens access to welfare benefits, and process asylum requests outside of France.

Le Pen, who is the leader of the National Rally party, formerly the National Front, has also proposed a controversial ban on Muslim headscarves in all public places. In France, religious head coverings are already banned in schools and in public administrations in the name of the country’s secular traditions.

In foreign policy, Le Pen has advocated restoring ties with Bashar al-Assad's government in Syria and stemming what she described as the flow of refugees into Europe.

She has previously praised Russian President Vladimir Putin as well, though she has toned this down since Russia's invasion of Ukraine.

Though Macron has maintained a stable poll lead going into the election, he has warned voters that Le Pen risked pulling off a surprise victory akin to Donald Trump in the US presidential elections in 2016, and urged voters to come out and cast their ballots. 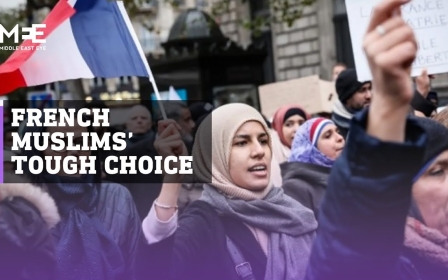