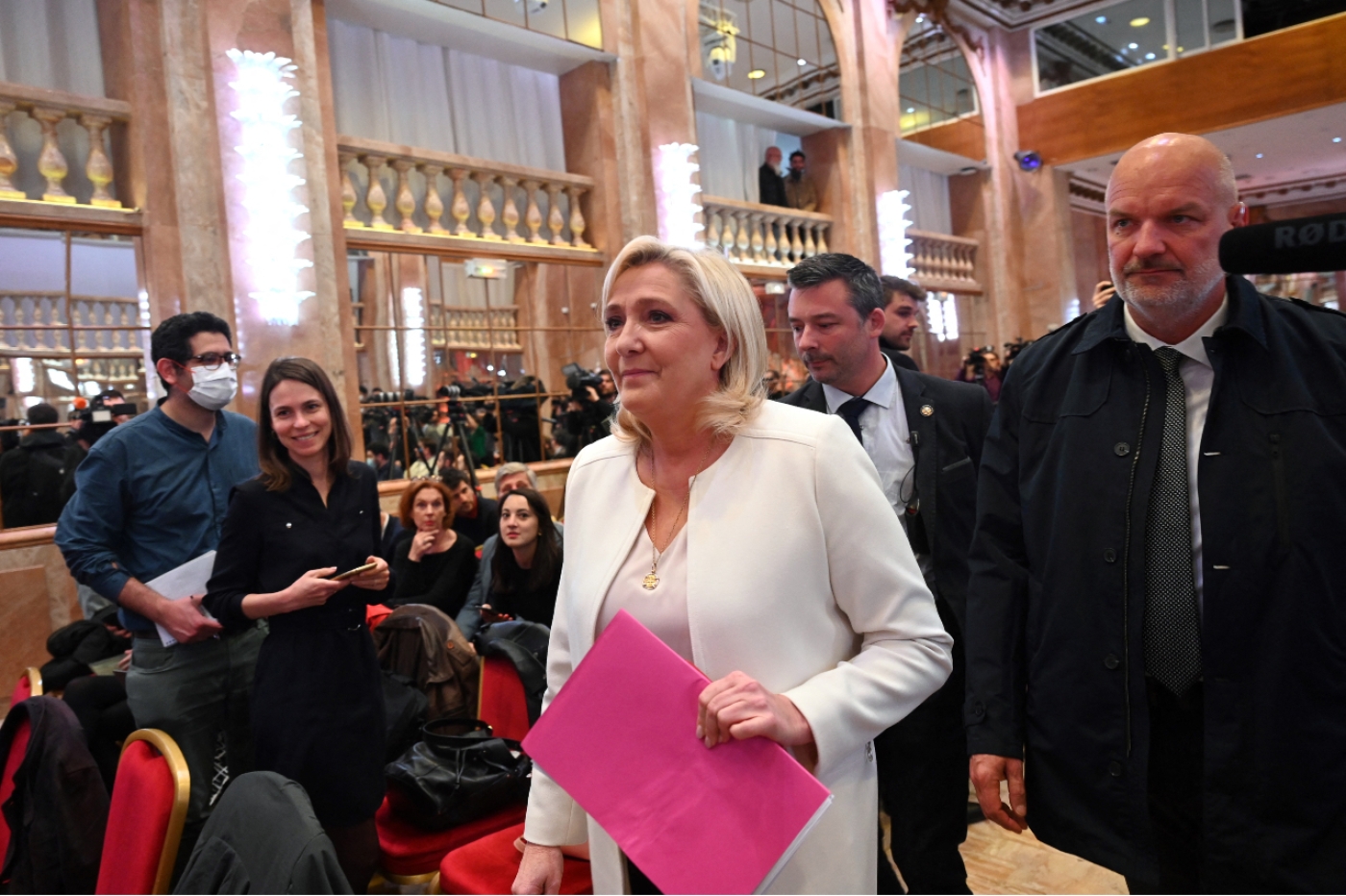 The far-right French presidential candidate Marine Le Pen has called for the restoration of diplomatic relations with Syria, a move rejected by President Emmanuel Macron, who she will face in a second-round vote on 24 April. 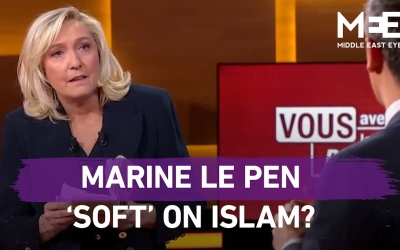 Criticising Macron's decision to break ties with Damascus, Le Pen said that “it is precisely in critical, complex moments of crisis, and especially when the country (Syria) was confronted with Islamist terror, that channels of dialogue and communication were needed".

In doing so, she was echoing a pro-Assad talking point that the autocrat is a safeguard against violent extremism, ignoring the fact that Assad released militants early in the revolution to claim they were part of the opposition.

Le Pen, the leader of the National Rally party, made the remarks at a news conference in Paris on Wednesday, where she laid out her foreign policy programme if she were to be elected as president.

Her remarks on Syria echoed similar comments she made during her run for the French presidency in 2017, when she said allowing Syrian President Bashar al-Assad to stay in power may be the "least bad option" for ending the country's civil war and stemming what she described as the flow of refugees into Europe.

During wide-ranging remarks on Wednesday, in which she also touched upon the Israel-Palestine conflict, Lebanon, and the normalisation of ties with Israel, Le Pen said she was advocating for a more independent and powerful France on the international scene.

Addressing the Israel-Palestine conflict, Le Pen defended the “two-state solution”, in line with current French diplomacy, with a viable Palestinian state existing in security side-by-side with Israel within the 1967 lines and with occupied Jerusalem as the capital of both states.

“Of course, the 1967 line is not carved in stone, if the sides chose to negotiate a different agreement,” she said.

Le Pen also said a solution to the issue of Palestinian refugees must be found and she welcomed the normalisation of ties between Israel and Arab states.

The presidential candidate said she would back "effective" secret diplomacy, in opposition to what she called the "talkative" diplomacy of Macron.

With regard to the crisis in Lebanon, Le Pen said a stable and independent Lebanon would require regional consultations with Lebanon; the US; Russia; Iran; Saudi Arabia; Israel; and the Vatican.

Le Pen has sought to project a more moderate image compared with previous election campaigns, holding the news conference in a bid to present herself as a credible figure on the global stage.

The news conference was interrupted when a protester held up a picture, shaped like a heart, showing Le Pen and Russian President Vladimir Putin during a meeting they held in 2017.

After the protester was dragged from the room, another activist then started shouting and was also removed from the event. 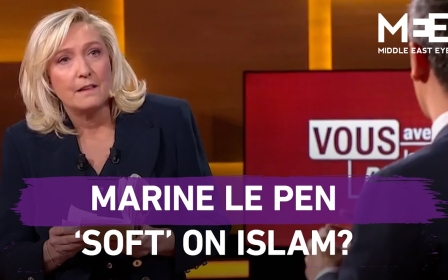 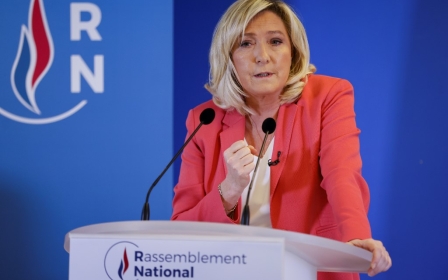 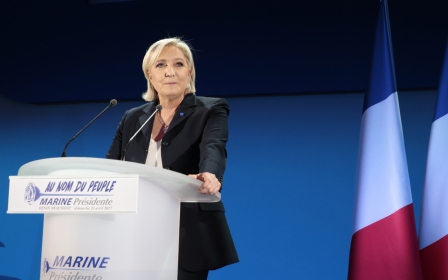