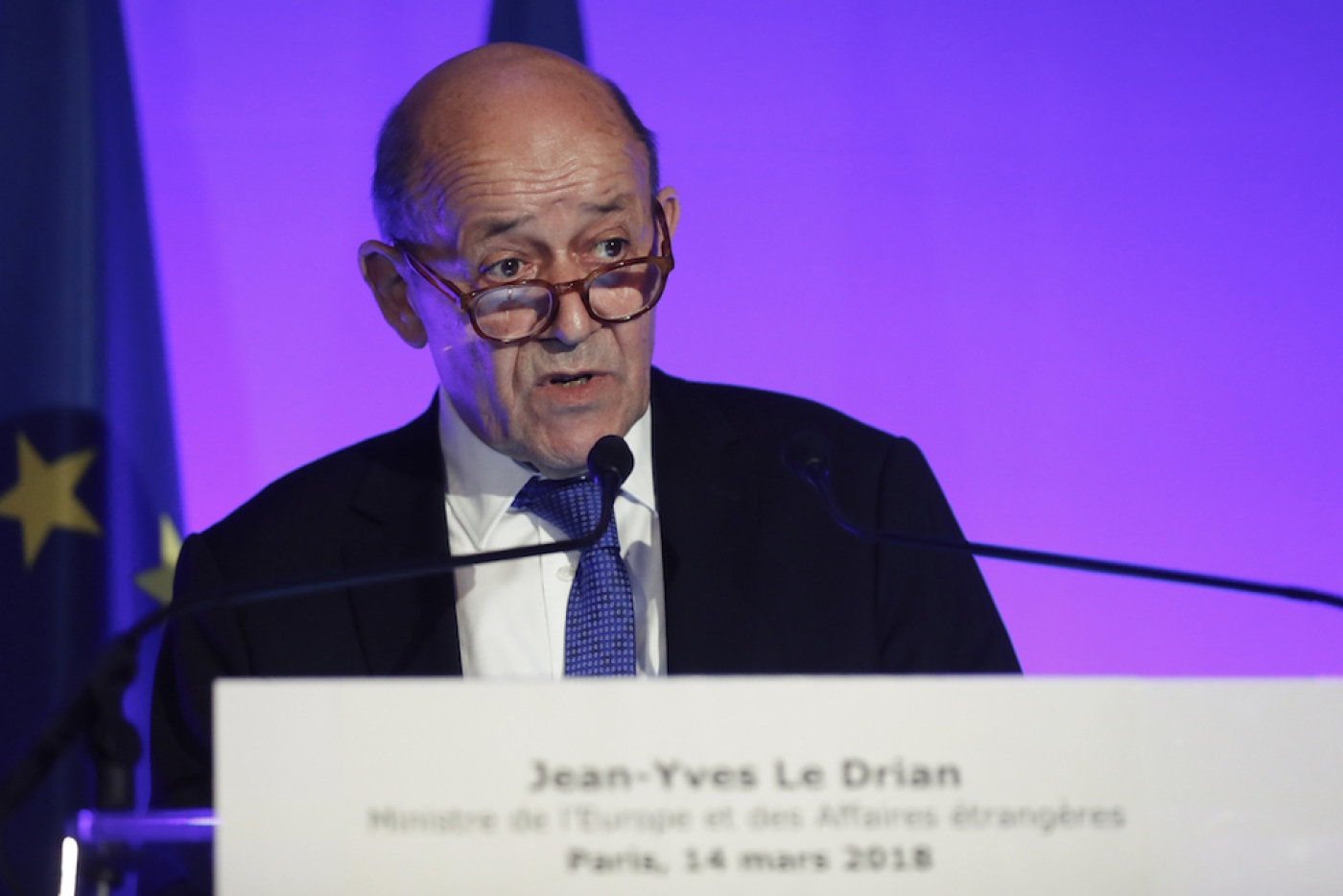 France urged the European Union on Monday to consider new sanctions on Iran over its involvement in Syria's civil war and its ballistic missile programme, as Paris tries to persuade Washington to preserve a 2015 nuclear deal with Tehran.

US President Donald Trump has given the European signatories a 12 May deadline to "fix the terrible flaws" of the deal, which was agreed under his predecessor Barack Obama, or he will refuse to extend US sanctions relief on Iran.

'We are determined to ensure that the Vienna accord is respected'

In response, the three European signatories - France, Britain and Germany - have proposed new EU sanctions targeting Iranians who support Syria's government in that country's civil war and Tehran's ballistic missile programme, according to a confidential document seen by Reuters.

"We are determined to ensure that the Vienna accord is respected," French Foreign Minister Jean-Yves Le Drian told reporters on arrival for talks with his EU counterparts, referring to the city where the 2015 deal was signed.

"But we must not exclude (from consideration) Iran's responsibility in the proliferation of ballistic missiles and in its very questionable role in the near- and Middle East," he said.

"That must also be discussed to reach a common position."

The confidential document cites "transfers of Iranian missiles and missile technology" to Syria and allies of Tehran, such as Houthi rebels in Yemen and Hezbollah in Lebanon.

Any EU-wide measures would be the first significant punitive steps since the bloc lifted broad economic sanctions on Iran last year following the 2015 accord.

But new sanctions would need the support of all 28 EU member states. Some of them are keen to rebuild a business relationship that once made the EU Iran's top trading partner and its second-biggest oil customer.

Just on Monday, CEO of French energy giant Total said his company will push ahead with a $4.8bn deal to develop an Iranian gas field and will seek a waiver if Washington re-imposes sanctions.

"If the US decides to put back the sanctions, we have to look at what the consequences are," Patrick Pouyanne told the newspaper.

If Washington does walk away from the deal, he said, Total will argue that as the project was "awarded prior to that decision during the period of time that we could sign".

Belgium's foreign minister, Didier Reynders, told reports that "all the possibilities" should be examined to keep the same type of pressure on Iran as the nuclear deal has provided.

But EU foreign policy chief Federica Mogherini, who chaired the final stages of the nuclear negotiations between Iran and Britain, China, France, Germany, Russia and the United States, stressed that there was no formal EU position on new sanctions.

"We'll discuss ways in which we can keep the full implementation of the nuclear deal with Iran," Mogherini said of the EU strategy so far. "There's no (EU) proposal of additional sanctions against Iran."

The appointment of Mike Pompeo as the new US secretary of state in place of Rex Tillerson last week has raised concerns among supporters of the nuclear deal given Pompeo's notorious hawkishness on Iran.

"He has been on the record before trying to embolden Saudi Arabia, the [United Arab] Emirates and Israel as strong allies.

"We’ll have to wait and see if the Europeans have the upper hand or the Saudi-Emirati-Israeli camp.”