Militants from Kurdish Democratic Union Party have agreed to accept 1,300 Free Syrian Army troops in Kobane to fight IS 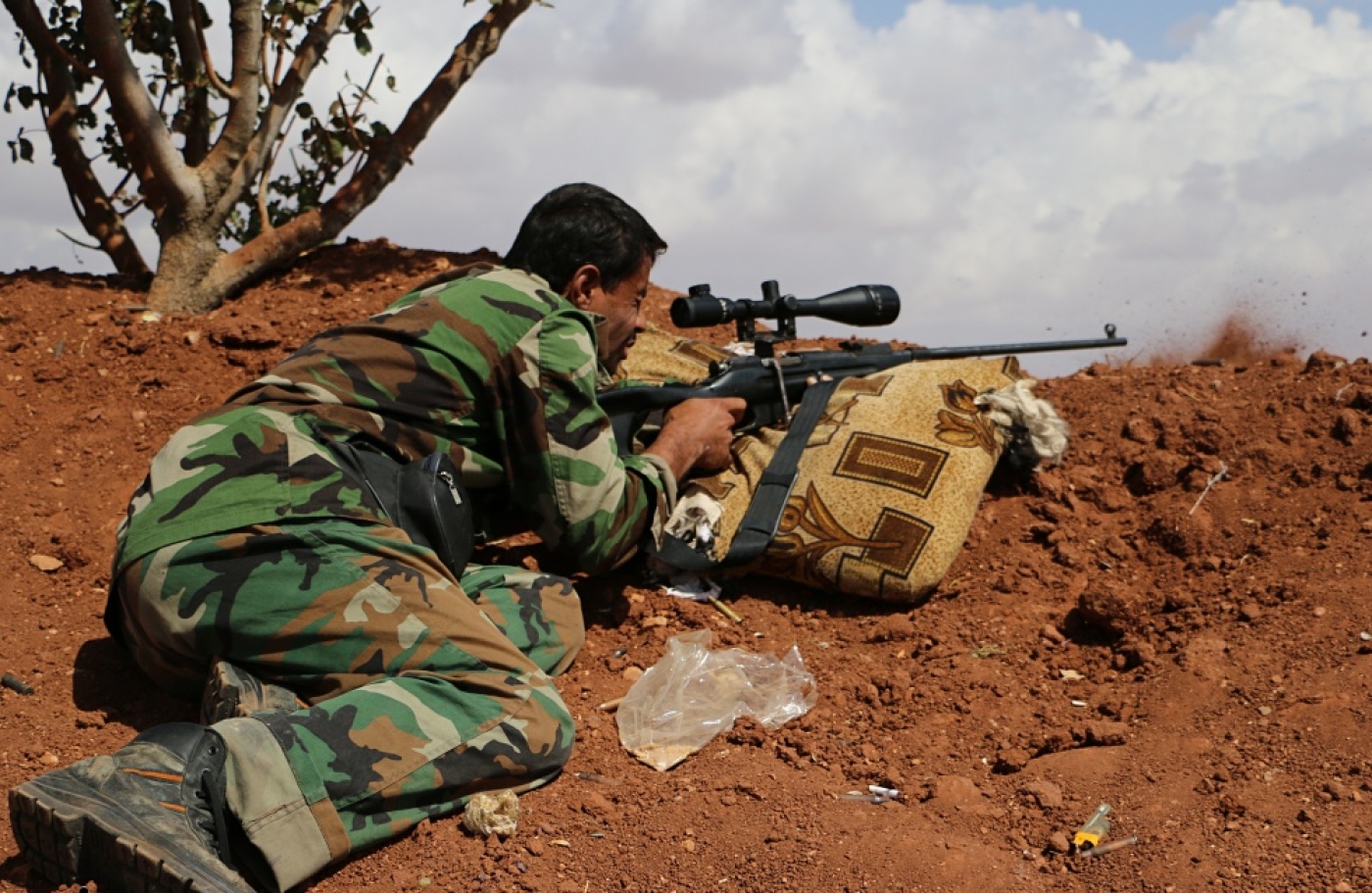 A rebel fighter from the Free Syrian Army during a battle with Islamic State militants, north of the Syrian city of Aleppo on 25 September, 2014 (AFP)
By
MEE and agencies

The Free Syrian Army will send 1,300 troops to Kobane to fight alongside the Kurdish forces there, the group said Thursday.

The group, the main opposition armed group battling Syrian President Bashar al Assad, will send troops to the town to aid in the fight against the Islamic State (IS), according to a written statement by the group's operating unit in Aleppo.

The troops will be under the command of Colonel Abdul-Jabbar al-Aqidi. Details of the operations were not made public.

In the statement, the group called on international coalition forces and other armed groups in the region for assistance and cooperation in combating IS.

However, Erdogan said the Syrian Kurdish fighters who belong to the PYD could change their minds in the future.

He said peshmerga forces, Kurdish fighters from Iraq, would also be joining the fight to save the Syrian border town.

"The PYD previously approved the passage of some 200 peshmerga forces," Erdogan said. "However, we later learned that the number agreed has changed and now it is only 150."

"We clearly said that our approach is very positive toward the Free Syrian Army's fighting in Syria," Erdogan said. "We always said that they were our first preference in Syria, and that the second preference is the peshmerga."

"Now they seem to have accepted some 1,300 troops from the Free Syrian Army," he said.