About 300,000 residents in rebel-held Aleppo are besieged after government forces seized the last main road into the city's eastern side, as rebel strikes killed at least 38 civilians on Saturday.

The government’s capture of the Castello Road on Thursday, previously the only rebel-held artery into Syria’s largest city, came two days after the Syrian army declared a 72-hour ceasefire for the Eid al-Fitr holiday.

The road’s seizure has effectively cut off residents in the eastern area of the divided city from being able to leave and food and other supplies from entering, raising concerns of a long-term siege.

On Saturday opposition fighters renewed rocket fire on the government-held west of the city, in strikes that killed at least 38 civilians, according to the Syrian Observatory for Human Rights.

The Britain-based monitoring group said 14 children were among the dead, while Syrian state media gave a toll of 43 dead and 300 injured.

The fresh airstrikes and rocket attacks came despite a claim from the Syrian army that it was extending the earlier truce for another 72 hours.

There were also reports of government strikes east of Damascus, where Syrian army troops took the town of Midaa, severing a key rebel supply route to the opposition-held Eastern Ghouta region.

In the east of Aleppo on Saturday, residents described shortages of basic goods after government troops advanced within firing range of the key Castello Road supply route.

"For two days the situation was calm, I went to the market and I filled up my motorbike with gasoline. Today, I couldn't even find a single tomato," said Bilal Qaterji, a local textile factory employee.

"There's not a drop of fuel left because the Castello Road has been cut," the resident of the Bustan al-Qasr neighbourhood told AFP.

In Aleppo, residents in the east of the city said they feared ongoing shortages if the Castello Road remained closed.

"I worry that the Castello Road will be cut for a long time, it will lead to shortages of bread and other necessities," said Ahmed Kanjou, an unemployed father of four.

The Castello Road wraps around Aleppo's eastern and northern edges and leads into rebel-controlled territory north of the battered city.

President Bashar al-Assad's forces have been trying to cut the key route for more than two years and their Thursday advance brought them the closest so far to achieving that goal.

On Saturday, the Syrian army was less than 500 metres (yards) from the key road, and were firing at anyone attempting to use the route.

“Shortly after [the road closure], the people will go hungry,” Fadi al-Halabi, a journalist based in the rebel-held side, told Middle East Eye on Friday. "[A] blockade is death, just slowly.

“The blockade is the hardest thing. I do not know what happens after a week. Now, yes, [I have food]. Tomorrow, I don’t know.”

Halabi said the blockade had an immediate impact on fuel and food prices in the city as supplies ran low and residents tried to stock up.

One kilogram of cucumbers, for example, would have cost five Syrian pounds (SYP) [23 US cents] before the war, he said. It cost 75 SYP earlier this week and jumped to 100 on Friday.

The government has been accused of using siege tactics to pressure rebel forces, and the UN says nearly 600,000 Syrians live in besieged areas, most surrounded by government forces although rebels also use the method.

Laila Kiki with The Syria Campaign, an advocacy group campaigning for the protection of Syrian civilians, said she had spoken with a social worker in eastern Aleppo on Friday morning who was cooking with less food because she was worried about a siege.

“Already from today,” said Kiki, “they started to think, 'Maybe I should keep some extra things.'”

Over the past three days, Halabi said, there had been continuous aerial bombardments, which he believed to be Russian.

His account is backed up by a US intelligence official, who told Reuters on Thursday that in recent weeks Syrian forces, supported by Russian firepower, had “intensified their efforts to isolate and encircle opposition forces in Aleppo”.

On Friday, the United Nation's Office for the Coordination of Humanitarian Affairs said it was "extremely concerned at the unfolding situation in Aleppo" and for civilians trapped in eastern part of Aleppo City due to heavy clashes along Castello road, the only road in and out of this part of the city.

Farhan Haq, deputy spokesman for the secretary-general, said: "Heavy fighting over the past few days has continued to put civilians at risk of death and injury while effectively cutting off humanitarian’s access to people in need of assistance.

"This follows intensified fighting by all parties to the conflict in Aleppo city and surrounding areas in recent weeks, including reports of air strikes, shelling and heavy clashes, causing many civilian casualties and injuries. It has also caused damage to schools, hospitals and other civilian infrastructure, and hindered humanitarian aid operations."

“Army units are continuing their operations and now are hunting down fleeing terrorist groups in the area,” the agency said.

In a video posted to YouTube on Thursday, al-Raed Yasser Abdel Raheem, head of the Free Syrian Army’s Aleppo Operations Room, said his forces would not allow the city to be besieged.

“You are the patient ones, the warriors, they are mercenaries who took money to occupy our lands – do not let them.”

For two years, Syrian forces have been trying to capture the rebel-held road, with the potential siege as a threat.

For this reason, Valerie Szybala, a siege monitor and executive director of The Syria Institute, based in Washington, DC, said, even if the government continues to besiege the city, Aleppans in the east side are unlikely to be on the brink of mass starvation in the next couple of weeks.

“It’s been an off-and-on-again threat so long that maybe some people became complacent,” she said. “But there has definitely been planning and stockpiling.”

As of 5 July, the UN Office for Coordination of Humanitarian Affairs, the agency responsible for monitoring and bringing aid to besieged areas, said there were more than 354,000 people living under siege in Syria, more than half in areas surrounded by the government.

The agency has come under fire for allegedly downplaying the numbers, categorising some Syrians as "hard-to-reach" instead of besieged. Siege Watch puts the figure at more than one million, while NGO Doctors Without Borders has said it is almost two million.

Eastern Aleppo is the largest urban siege in the country, with conditions that differ from the majority of the sieges, which are in rural areas just outside Damascus, Szybala said.

“Urban areas fare worse generally because the rural areas have more avenues for coping. There is more room to farm and arable land,” she said. 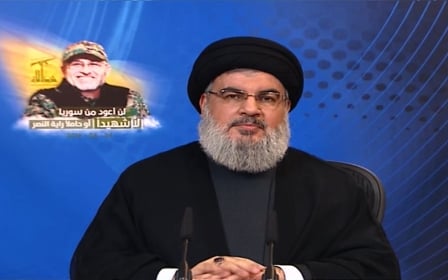