Fresh wave of arrests in run-up to Egyptian elections With security a top priority during the poll, the army and police have said they will co-ordinate to protect voting centres (AFP)
By
MEE staff

Security forces in Egypt have reportedly arrested around 800 people since Monday, in a wave of arrests that comes just days ahead of long-awaited parliamentary elections.

The arrests took place throughout the country, where millions of Egyptians are expected to turn out on 17 and 18 October to elect a new parliament.

Security services say that those arrested are “suspected of committing terrorist crimes”.

A security source told London-based news site al-Araby al-Jadeed that most of those detained were university students linked to Islamist movements, thought to “pose a threat to the country’s national security”.

Security is a top priority in the run-up to the poll, with officials promising on Tuesday to treat any illegal activity surrounding the elections “harshly”.

The parliamentary elections are one of the key steps set out in a July 2013 roadmap to democratic transition after the military ousted president Mohammed Morsi in a popularly backed coup.

The vote was originally scheduled to take place this March, but was indefinitely postponed after the Supreme Constitutional Court ruled that several of the laws governing elections were unconstitutional.

University students have been urged to take part in the poll, amid concerns over low voter turnout.

However, officials have sought to clamp down on political activity on campus after years of agitation by students.

Security has been stepped up at campuses across the country this year, with the head of the prestigious Cairo University threatening to “cut off the heads” of those who plan political demonstrations on campus.

Searches are mostly carried out by private security companies like Falcon, headed by a former chief of the security services, and Queen Service, which is owned by the armed forces.

Students at Zagazig University in Lower Egypt protested this week after a colleague was arrested for refusing to remove her face veil, or niqab, during a search by male guards.

Sara Meshaal was remanded in custody for 15 days on 7 October after refusing to co-operate with a search on campus. Egypt Turmoil
Women in 'hot pants' to be barred from Egypt polls: official 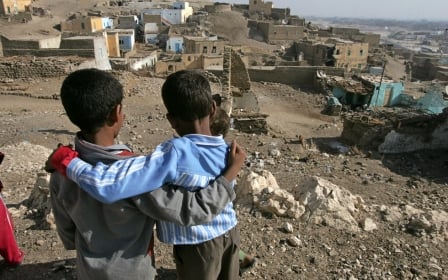