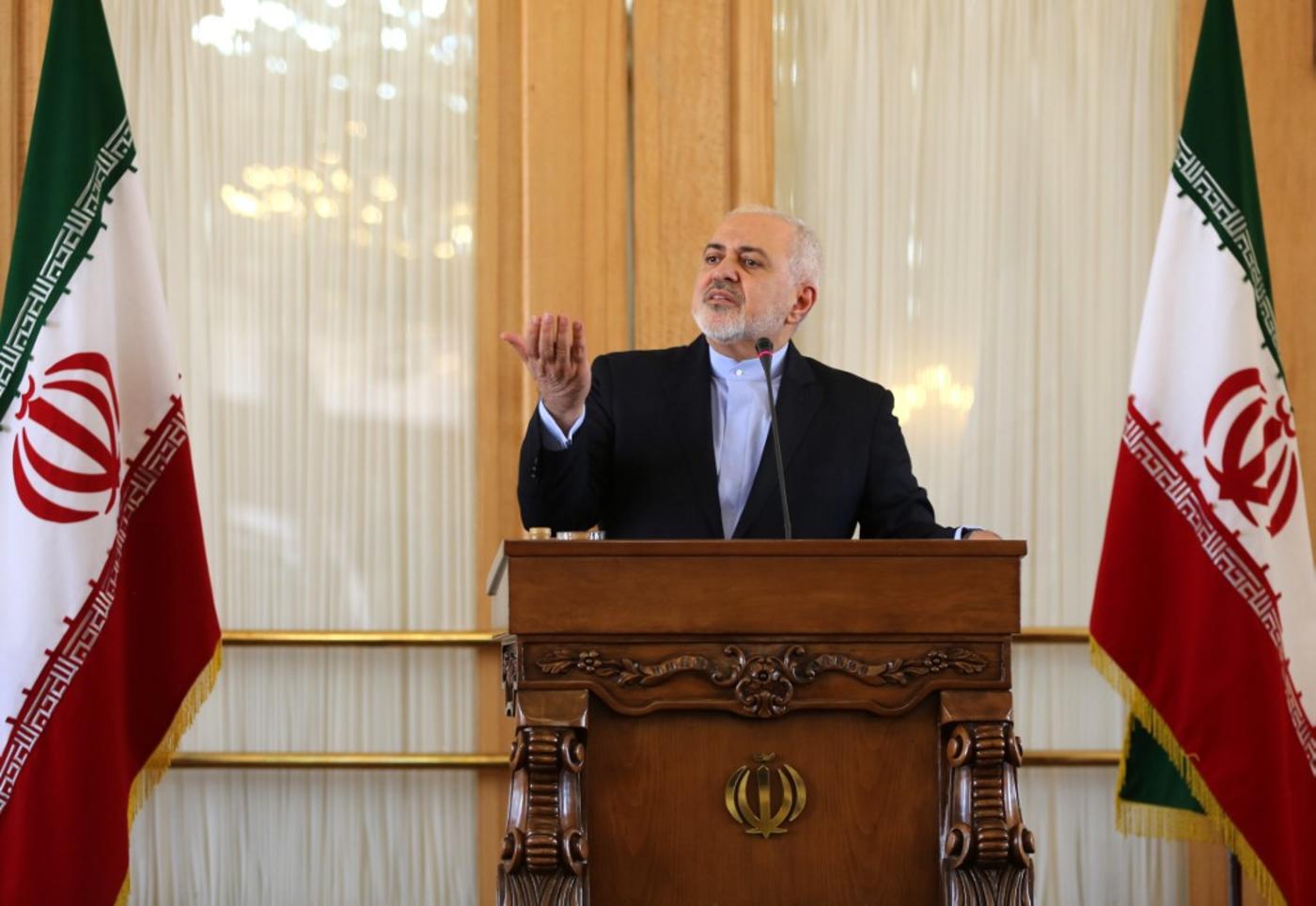 In a series of tweets, Mohammad Javad Zarif criticised the US for pursuing 'endless wars' (AFP)
By
MEE staff

Iranian Foreign Minister Mohammad Javad Zarif hit back at what he described as Donald Trump's "genocidal taunts" on Twitter, amid the ongoing row between Washington and Tehran, which once again escalated over the weekend.

In a series of tweets on Monday, Zarif called members of the US president's administration the "B-team" and criticised the United States for pursuing "endless wars".

Zarif also said that while Trump is right to question the "military-industrial complex", the president has surrounded himself with people who "trash diplomacy & abet war crimes".

"Goaded by #B_Team, @realdonaldTrump hopes to achieve what Alexander, Genghis & other aggressors failed to do. Iranians have stood tall for millennia while aggressors all gone. #EconomicTerrorism & genocidal taunts won't 'end Iran'," he tweeted.

Tensions between Washington and Tehran have been on the rise this month after the United States accused Iran of unspecified "threats" and deployed a aircraft carrier group and B-52 bombers to the Gulf to send a message to the Iranian government.

Iranian leaders have decried the US's recent moves as "psychological warfare", while saying that a direct military confrontation between the two countries is in no one's interests.

A United Nations spokesman said on Monday that the international body was "concerned about the rising rhetoric".

"We would ask all parties to lower the rhetoric and lower the threshold of action as well," said Stephane Dujarric.

Dujarric also said UN officials were in contact with both countries at various levels in an effort to calm the ongoing tensions, but he did not provide more details about those efforts.

The spokesman for Iran's nuclear agency, Behrouz Kamalvandi, told the country's Fars and Tasnim news agencies that Iran alerted the International Atomic Energy Agency that it would reach 300 kilograms of enriched uranium "within weeks", AP said.

That amount is the limit Iran can acquire under a 2015 nuclear deal, which the US pulled out of last May, AP reported.

That multilateral accord, which several European countries remain committed to, saw Iran agree to curb its nuclear programme in exchange for a lifting of international sanctions.

Trump on Monday reiterated his call for Iranian leaders to get in touch with him, saying that Iran "will call us if and when they are ever ready".

"In the meantime, their economy continues to collapse - very sad for the Iranian people!" he tweeted.

But only a day earlier, Trump threatened Iran with war, saying that "if Iran wants to fight, that will be the official end of Iran".

According to former US officials and analysts, Trump's hawkish national security adviser John Bolton is pushing the Trump administration to take a hardline position on Iran.

"He's been an advocate of regime change in Iran for decades, and that's one of his main goals," Peter Bergen, director of the national security studies programme at the New America Foundation, told Middle East Eye last week.

Trump himself said recently that he has to "temper" Bolton.

Still, since he took office, the US president has authorised a series of measures that aimed to exert "maximum pressure" on the Iranian government, including a series of harsh economic sanctions on Iran's oil and metals industries.

On Sunday, a Katyusha rocket was fired into Baghdad's Green Zone, which houses government offices and embassies, including the US mission. It was not immediately clear who was behind the attack.

Zarif downplayed the prospect of a new war in the region on Saturday, saying Tehran opposed it and no party was under the "illusion" that Iran could be confronted.

"We are certain... there will not be a war since neither we want a war nor does anyone have the illusion they can confront Iran in the region," Zarif told state-run news agency IRNA at the end of a visit to China.