Gaza-based ministers sworn in to unity government through video 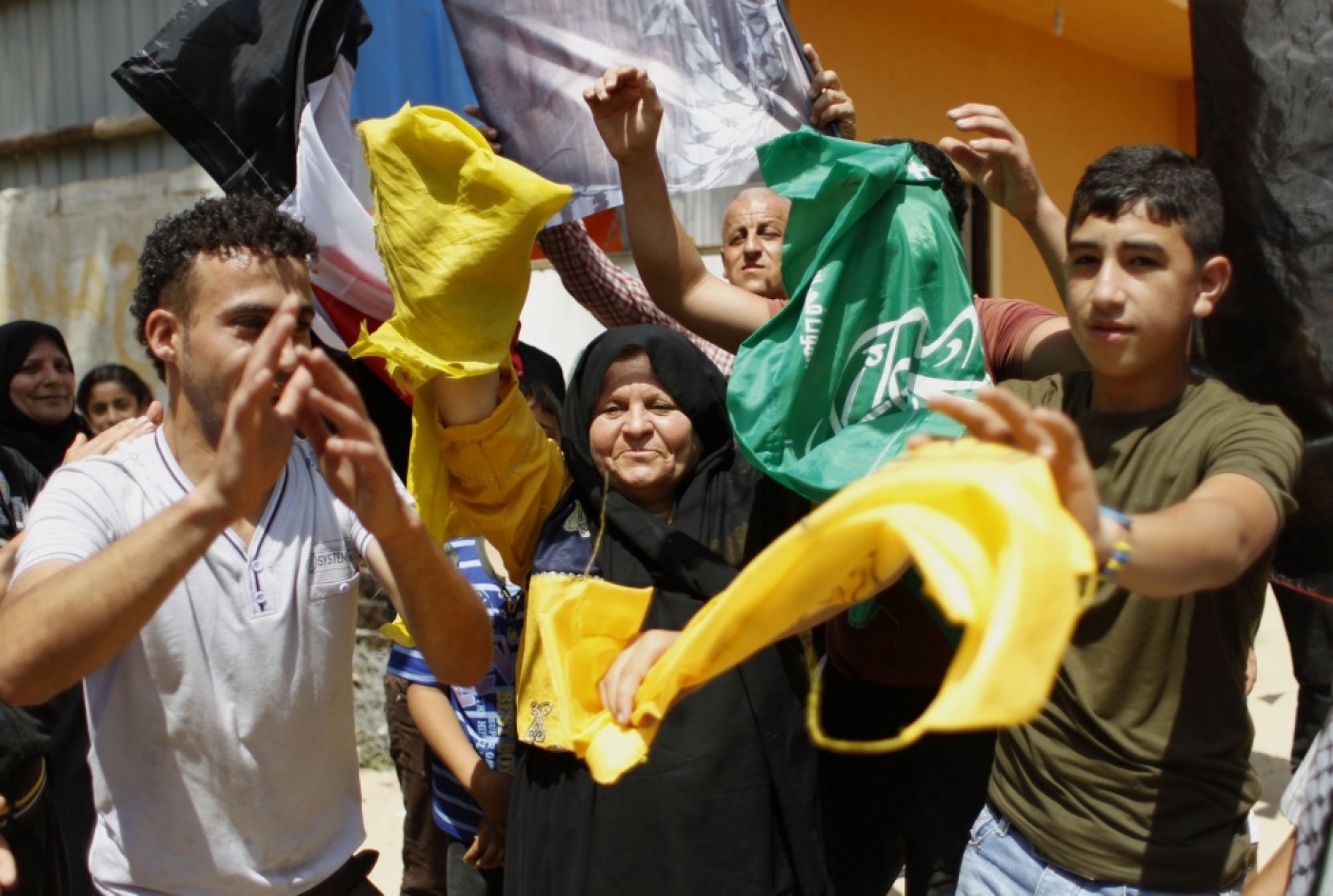 The final four ministers of Palestine's new unity government took their oath of office on Thursday through video conference to the West Bank.

Palestinian Authority President Mahmoud Abbas and Prime Minister Rami Hamdallah swore in the Gaza-based ministers of women affairs, justic, public works and housing and labour through the video link who were blocked by Israeli authorities from attending the official 2 June swearing in ceremony.

The government was formed as part of a national reconciliation deal signed in late April by rival Palestinian movements Fatah and Hamas.

None of the ministers will be politically affiliated in the new government which will run the affairs of Gaza and the West Bank until legislative elections are held within months.

The decision followed a phone call late Wednesday from the Israeli army, threatening to close Al-Ayyam's offices if it did not stop publishing the papers, said Al-Ayyam's managing editor, Abdel Nasser al-Najjar.

Al-Ayyam has been printing the three papers since April, when a surprise reconciliation deal between the Hamas rulers of Gaza and its Fatah rivals brought the Islamist group's publications back to West Bank newsstands.

When Hamas and the Palestine Liberation Organisation - which Fatah dominates - unveiled their reconciliation deal in April,  Israel said it would not negotiate with any government backed by Hamas, putting the final nail in the coffin of the latest round of US-brokered peace talks.

In a separate crackdown on Palestinian media, Israeli police raided the Jerusalem studios of Palestine TV on Friday and briefly detained three staff for questioning.