10-year-old Yassin went to sleep prepared for school; he never made it to class 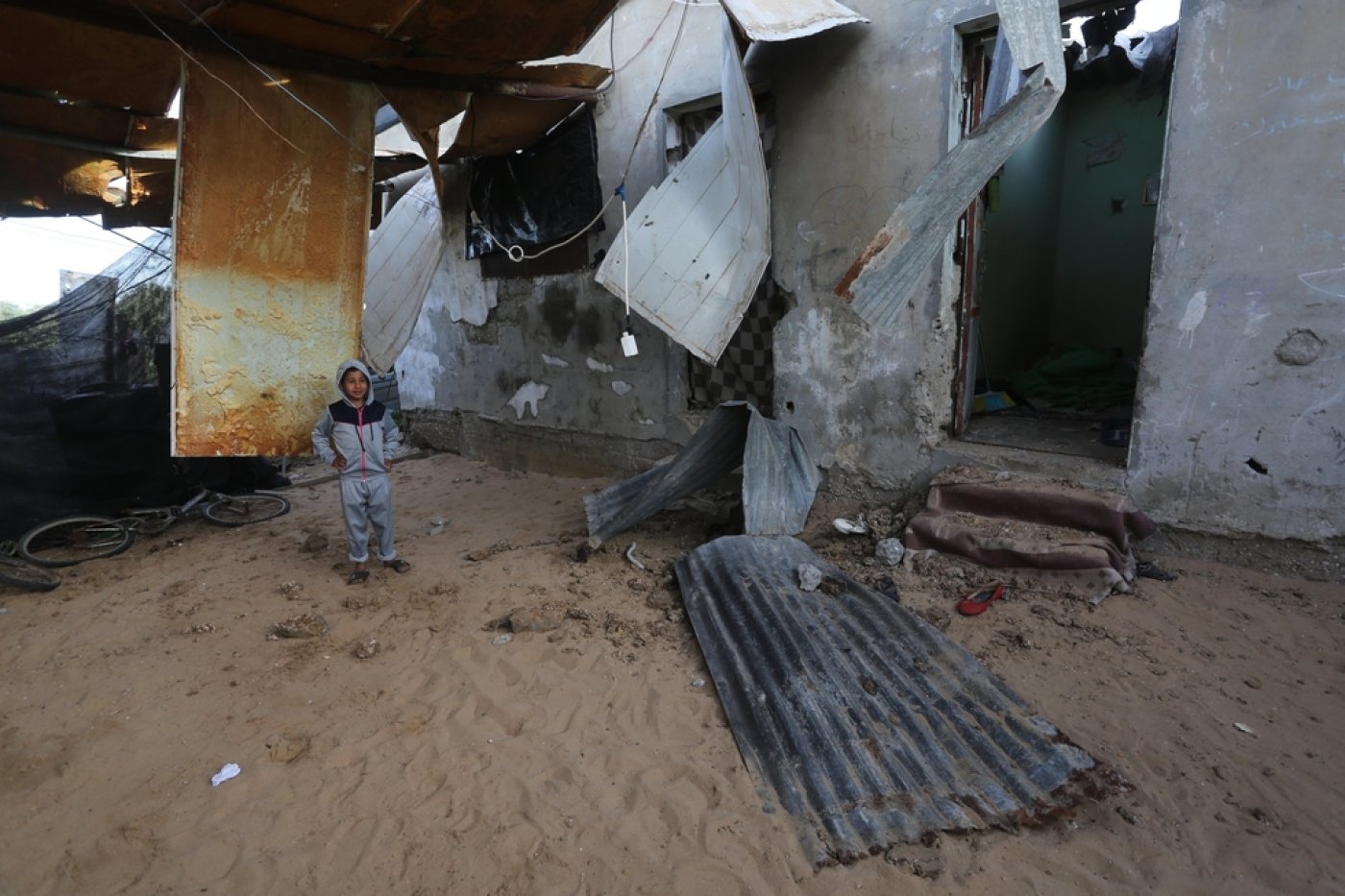 BEIT LAHIYA, Gaza - Before 10-year-old Yassin Abu Khoussa went to sleep, he prepared his schedule for school on Saturday, checked his bag on the floor next to his bed and tucked himself in, sleeping on a pink pillow. He would be getting up at 6am to leave for school to be present, in line, at 7am with his classmates.

He didn’t make it to his school line. Instead, people were waiting in line at the morgue of Kamal Adwan Hospital to see his body and pay final respects.

Yassin was asleep early Saturday when a missile from an Israeli F-16 hit nearby and shrapnel tore through his bedroom. Israel officials described the attack as a raid on four separate Hamas military-training camps in response to rockets fired from Gaza into southern Israel, although no Israeli casualties were reported. Israel said in a statement the four rockets fired from Gaza landed in open fields.

Gaza's Interior Ministry said the targets in Gaza were empty training camps, which was confirmed by local residents.

Yassin died after shrapnel penetrated the thin roof of the prefabricated hut where his family stayed. Their home has already been partially destoyed in the war in the summer of 2014.

The shelter was adjacent to an empty military camp hit by Israeli missiles.

Several of Yassin’s siblings were wounded in the air strike, including 13-year-old Ayoub, who is now in a hospital.

Later on Saturday, his six-year-old sister, Yasmine, who had been injured in the attack, was also pronounced dead by local medics at Shifa Hospital in Gaza City.

The attack was the first F-16 airstrike since a wave of Israeli-Palestinian violence began at the end of last year. Since 2015, seven rockets have been launched from Gaza into Israel, including the four on Friday.

Most rockets from Gaza are fired by small factional groups, often groups that are in conflict with Hamas. Still, Israel has ultimately held Hamas responsible and has retaliated against the group's facilities.

In October, a two-year-old Palestinian and her pregnant mother were killed in an Israeli air strike that hit their home in Gaza City.

A five-year-old was killed by an unexploded missile last month, in addition to others wounded and killed during protests against the Israeli fence with Gaza.

Both Hamas and Israel, it seems, wish to continue the shaky ceasefire that has been in place since the war in the summer of 2014, during which 2,100 Palestinians, the majority civilians, were killed, as well as six Israeli civilians and 67 Israeli soldiers.

Early Saturday morning, neighborhood children and friends, many of whom were awakened by the explosion, gathered at Yassin's makeshift home, now with holes in its roof, to find out what had happened.

Together, they cleared away the rubble to find the toys and books that belonged to the Abu Khoussa children. Many seemed to be in shock.

“This was his book. This is where he was lying," he said.

Another friend stared at bloodstains on the torn mattress. “Yassin was killed in his sleep," said one of the mourners.

At the funeral later on Saturday, a mourner said: "At least Yassin never knew what happened. But the question remains, when does this madness end?"

In fact, Yassin did wake up, said his father, who didn't want to be identified by name, and he was bleeding.

“There was this massive strike nearby, and suddenly we found the roof falling in over our heads," the father said.

“The children were sleeping in the early dawn hours. I ran into their room, but panicked because there was so much blood and screaming," he said. “Their mother screamed, and we ran to the hospital with my son’s dead body."

The extended Bedouin family of Abu Khoussa live mostly in the rural areas across the coastal enclave. The mother of the two dead children has been too traumatised to speak about what happened.

As the family prepared for Yassin's funeral - before Yasmine died later on Saturday - she stumbled into the children’s room, ripped apart by shrapnel, and found a pink drawing of roses soaked in the blood of her child.

Standing nearby was Yassin’s older brother, Kareem, who was sleeping in the same room on Friday night.

“I woke to see my brother and sister bleeding from their heads, and mud and stones scattered everywhere, all around," he said.

“The return of the ambulances reminds me of the frightening days we had in 2014. It is terrifying,” he said.

Kareem said that his brother and sister were not the first victims, and they are unlikely to be the last. Gaza Siege
Israel: Gazans can leave via West Bank but can't return for a year 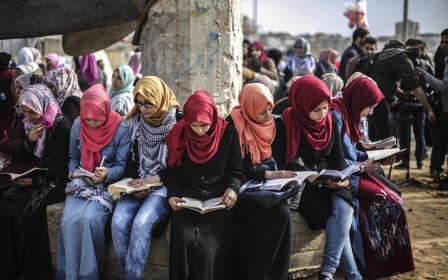