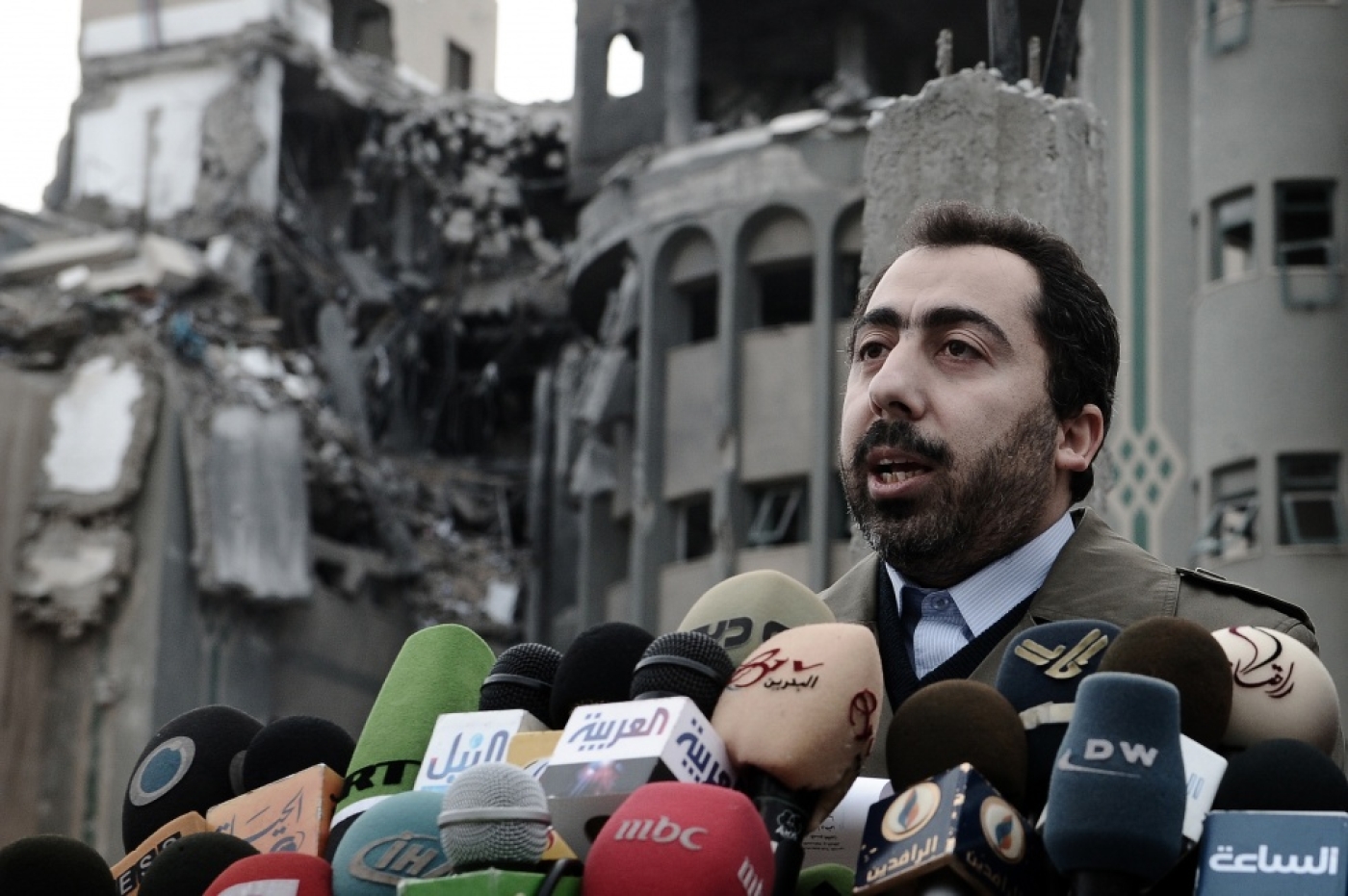 GAZA CITY- An adviser to Gaza Prime Minister Ismail Haniyeh dismissed remarks attributed to him by US newspaper The Washington Post that Hamas, which rules Gaza since 2007, might recognise Israel as part of a deal to join the Palestine Liberation Organization.

Taher al-Nunu, Haniyeh's media adviser, told Anadolu Agency that he has not any contact with the US paper for over two weeks, describing the remarks attributed to him as "lies and devoid of truth."

The Washington Post quoted al-Nunu as saying that the Islamist group did not rule out the possibility of recognising Israel. Yet any such move would have to be discussed "as part of Hamas’s efforts to join the PLO and form a government," the paper quoted him as saying.

However, al-Nunu told AA that recognition of Israel is out of question for Hamas or the Gaza government.

"This issue is out of discussion for Hamas. It is not and will never be on the table," he added.

Hamas doesn't recognise Israel and is strongly opposed to US-sponsored peace talks – currently underway between PA negotiators and Israel – that are based on a two-state solution.

Since its inception, the group has insisted that any future Palestinian state should be established on all of historic Palestine, including territories captured by Israel in 1948.

On Wednesday, Hamas and Fatah signed an agreement aimed at ending years of division between them. The deal, welcomed by most Arab states, calls for the formation of a national unity government to pave the way for presidential and parliamentary polls.

Relations between Fatah and Hamas have remained tense since the latter seized control of the Gaza Strip following deadly clashes with pro-Fatah forces in 2007 – one year after Hamas defeated Fatah in Palestinian legislative polls.