After worst flare-up of violence since 2014 Gaza war, Islamic Jihad and Hamas said late on Tuesday a ceasefire had been reached 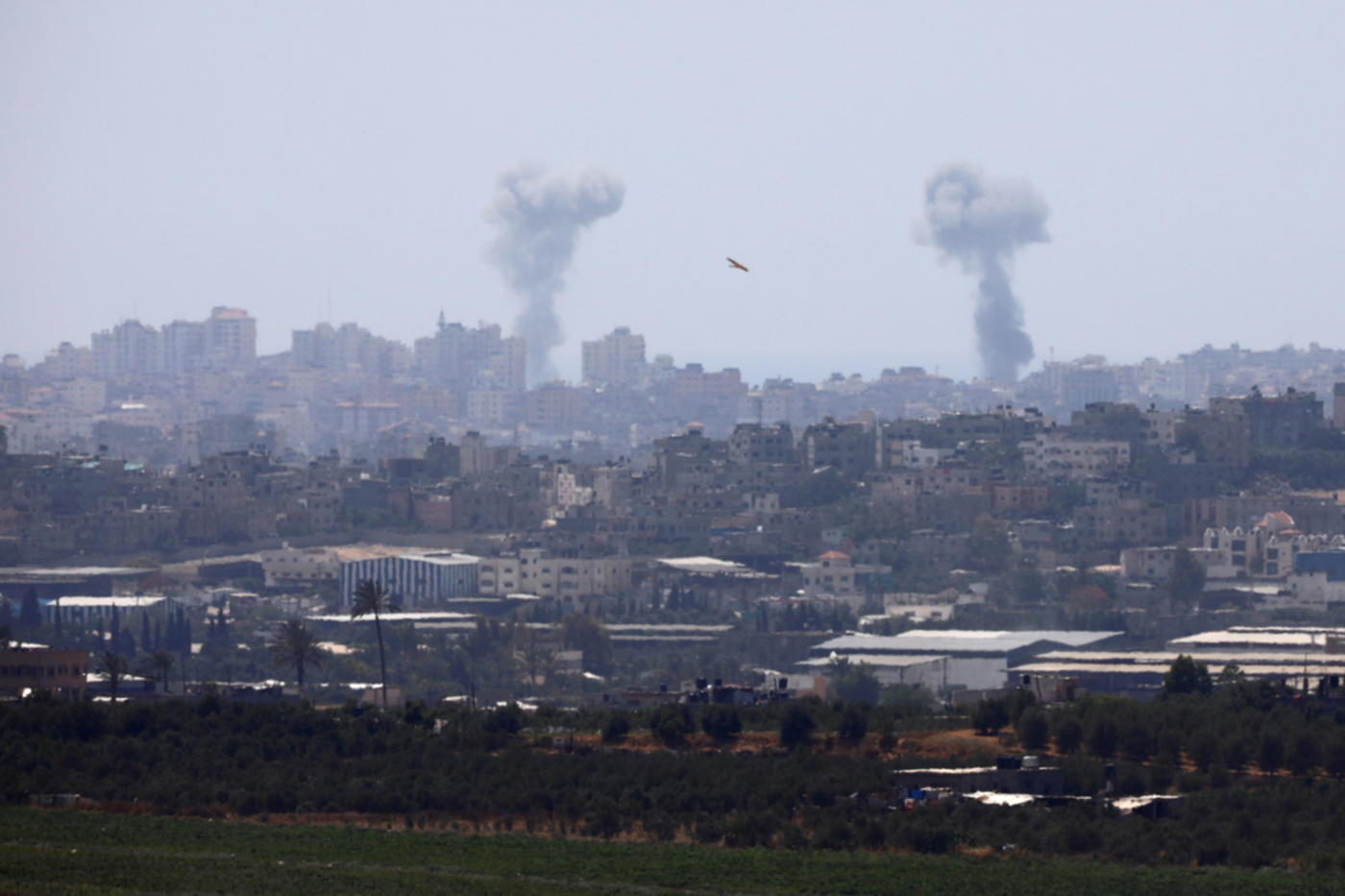 Gaza's streets were filled with morning shoppers and children went to class, and schools opened as usual in Israeli towns near the border a day after the worst flare-up in violence since the 2014 Gaza war.

Late on Tuesday, Islamic Jihad and Hamas said they had agreed to a ceasefire, and vowed to stop firing mortars and rockets if Israel also halted its bombardment of the Gaza Strip.

Early on Wednesday, Israel reportedly hit 25 Hamas targets on the Gaza Strip. Israeli ministers have made contradictory statements about the ceasefire, and the security cabinet is scheduled to convene on Wednesday night to discuss the situation.

'Gaza is fed up': Palestinians to send out boats defying siege
Read More »

But there have been no reports of further fighting as both sides appeared to back away from a slide towards a new war after weeks of violence along the border.

On Tuesday, Israel struck more than 60 military targets in the coastal enclave, with some 70 rockets and mortars fired from the territory throughout the day.

The violence followed weeks of deadly unrest along the border between Israel and the blockaded Palestinian enclave.

On Wednesday, a Palestinian shot by Israeli forces during recent protests on the border died of his wounds, according to the Palestinian health ministry.

Tuesday's nights ceasefire was announced in a rare joint statement from Hamas and Islamic Jihad. The two groups declared shared responsibility for the rocket and mortar fire, saying it was in retaliation for Israeli attacks targeting their positions.

Hamas' deputy chief in Gaza, Khalil al-Hayya, said Egyptian mediation led to the ceasefire, but the terms of the "understanding" did not go beyond "a restoration of calm by both sides".

"After the resistance succeeded in confronting the (Israeli) aggression ... there was a lot of mediation in the past hours," al-Hayya said late on Tuesday.

"An agreement was reached to return to the (2014) ceasefire understandings in the Gaza Strip. The resistance factions will abide by it as long as the Occupation does the same," he said in a statement, using militant groups' term for Israel.

The latest escalation of fighting between Israel and Palestinian Hamas has pushed Gaza to the brink of war, the UN envoy for the Middle East warned the Security Council on Wednesday.

Nickolay Mladenov delivered the stark warning as the council remained deadlocked over how to respond to the flare-up between Palestinian militants in the Gaza Strip and Israel.

"This latest round of attacks is a warning to all of how close to the brink of war we are every day," said Mladenov, who spoke via video link from Jerusalem.

Tuesday's incidents took place as a flotilla set sail from the Gaza Strip and attempted to break the siege on the area.

Passengers from one of the leading flotilla boats were arrested and escorted to the Israeli port of Ashdod.

This latest episode also followed weeks of deadly demonstrations and clashes along the Gaza-Israel border, beginning on 30 March.

Protesters have demanded that Palestinians who were expelled in the 1948 war amid Israel's creation be allowed to return to their former homes, now inside Israel.

They peaked on 14 May, when at least 61 Palestinians were killed in clashes as tens of thousands of Gazans protested the US transfer of its embassy in Israel from Tel Aviv to Jerusalem the same day.

Low-level demonstrations and clashes have continued ever since.

Israel says its actions are necessary to defend its borders, accusing Hamas of encouraging thousands of Palestinians to break through the border and attack Israelis.

But Israel has faced international criticism and calls for an independent investigation over its use of live fire during the protests and border clashes.

The Gaza Strip has been under Israeli blockade for over a decade, which Israel says is necessary to prevent Hamas from obtaining means to attack.