Over the past 15 years, around 1,000 people were granted asylum in Germany in exchange for intelligence tip-offs The entrance to the intelligence headquarters in Pullach, southern Germany (AFP)
By
Mary Atkinson

The German intelligence agency released figures on Friday showing that it granted asylum to nearly 1,000 people in return for intelligence tip-offs over the last 15 years.

The figures were released by the Federal Intelligence Service (BND) in response to questions asked in parliament by the opposition Left Party.

The vast majority of those granted asylum after giving information between 2000 and 2015 were originally from the Middle East, the figures show, although the BND did not specify their nationalities.

US intelligence officials were present at many of the interrogations although this was not made clear to the asylum seekers being interviewed, German daily Die Zeit reported.

A total of 998 people were granted asylum between 2000 and 2015 after giving information to the German intelligence services, many on the basis that their contact with the service would lead to them being tortured or killed if they returned to their countries of origin.

Opposition politicians have criticised the practice, calling into question the reliability of information gained from people seeking international protection in return for helping the intelligence services.

Martina Renner, the Left Party MP who asked the parliamentary questions that led to the data’s release, said it was “amazing to see the extent to which the state authorities have put refugees under pressure”.

“It is highly suspect that intelligence services, customs and police promise people seeking protection residence for working with them," she said. “This means the quality of the information recovered is highly questionable.”

One of the people likely to have been involved in the BND’s asylum scheme was an Iraqi man codenamed Curveball, later identified as Rafid Alwan al-Janabi.

Janabi is originally from Iraq, but left for Germany in 1999 – before the period covered by the BND’s new figures began.

On arriving, Janabi testified that he had worked as an engineer at a plant that produced mobile biological weapons laboratories, as part of Iraq’s programme to manufacture weapons of mass destruction.

His testimony was a key pillar of evidence used by the US and UK governments to justify the 2003 invasion of Iraq, despite warnings from the BND about the veracity of his claims.

The story was revealed to be false in 2004, with a former CIA official describing Janabi as “a guy trying to get [residence permission] in Germany and playing the system for what it was worth”.

Though the numbers of people being granted asylum on the basis of intelligence tip-offs have been falling, with around 50 cases a year since 2006, the intelligence-gathering programme remains in place.

Intelligence officials are stationed in reception centres for asylum seekers, Die Zeit has reported, and frequently attempt to recruit new arrivals as informants. 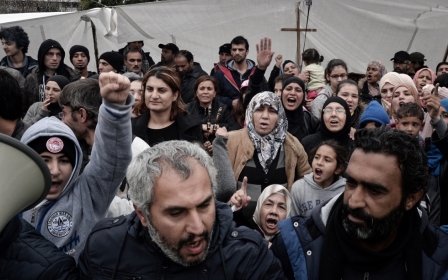