German leader rules out nuclear deal with Iran in near future 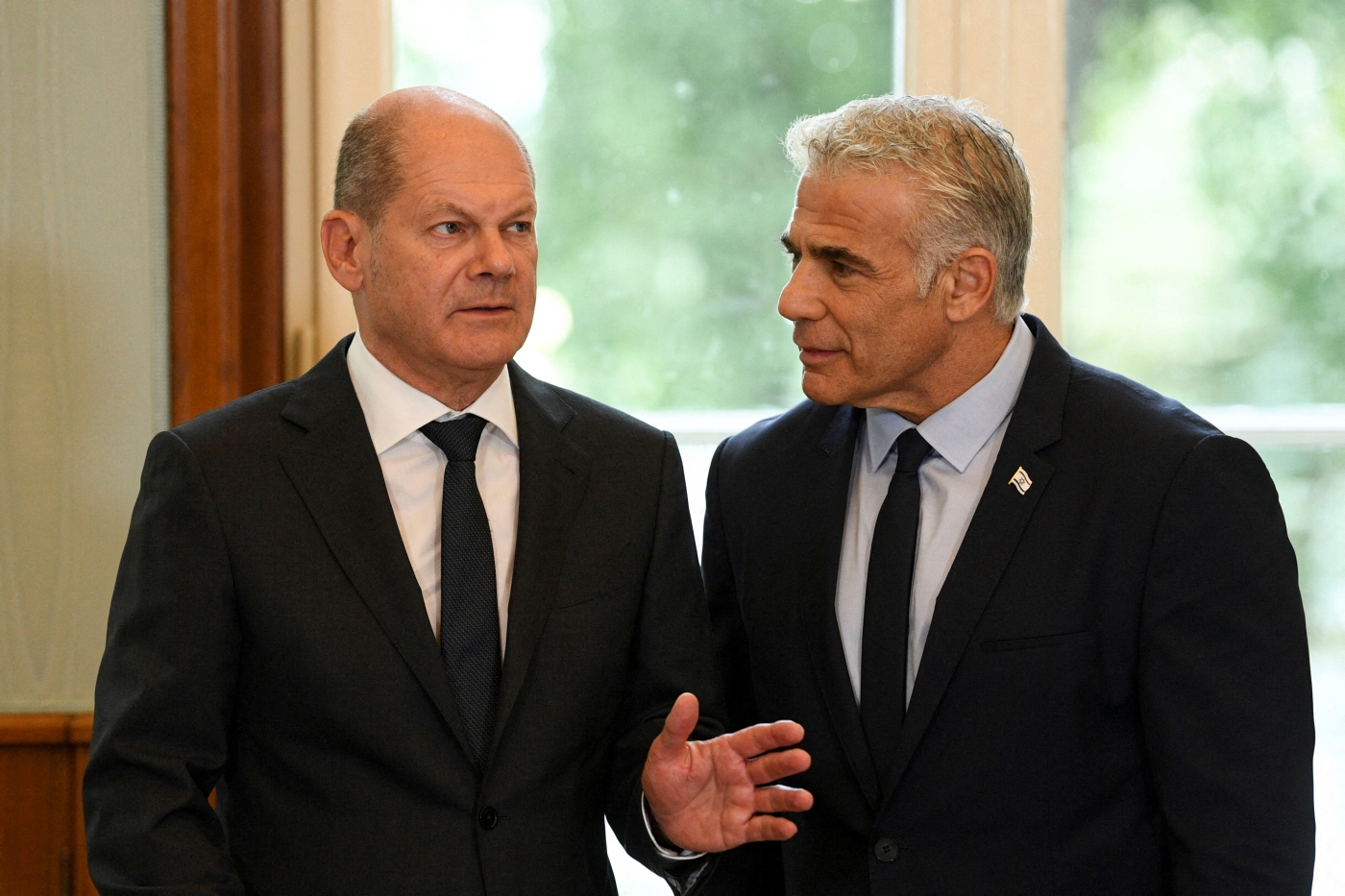 A nuclear deal with Iran will not happen "in the near future", German Chancellor Olaf Scholz said on Monday, providing the most senior-level indication to date from a Western official of the agreement's faltering prospects.

Israel has long opposed a revival of the 2015 accord that seeks to tame Tehran's nuclear ambitions.

In recent weeks hopes for a revival of the pact have diminished with the three European parties to the deal, Germany, France, and Britain, all expressing doubts about Iran’s sincerity.

In a joint statement over the weekend, the countries claimed that Tehran "has chosen not to seize this critical diplomatic opportunity". “Instead, Iran continues to escalate its nuclear programme way beyond any plausible civilian justification," it added.

Further complicating efforts to revive the deal, the UN nuclear watchdog said in a report last week that it "cannot assure" the peaceful nature of Tehran's nuclear programme.

Iran on Monday reaffirmed its "readiness" to cooperate with the International Atomic Energy Agency.

Speaking alongside the Israeli leader in Berlin, Scholz said he regretted that Iran "has not yet given a positive response to proposals" from the Europeans.

"There is now actually no reason for Iran not to agree to these proposals. But we have to note that this is not the case, and will not happen certainly in the near future,” he said.

Germany, along with other world powers, was critical of former US President Donald Trump’s 2018 decision to unilaterally withdraw from the deal and have generally been more willing to engage with Tehran.

While many US companies held back on investing in Iran following the nuclear deal, some European companies looked for new commercial opportunities in the country.

More recently many also hoped that a quick resolution to the talks in Vienna would enable the release of Iranian hydrocarbons back onto the market and so lower the prices of oil and gas, which have risen sharply since Russia’s invasion of Ukraine.

Lapid said it was "time to move past the failed negotiations with Iran".

"They cannot and will not achieve the goal we all share to stop Iran from getting a nuclear weapon.” Since the summer Israel has become more public about its efforts to prevent a deal.

Before flying to Berlin, Lapid told his cabinet that "Israel is conducting a successful diplomatic campaign to stop the nuclear agreement and prevent the lifting of sanctions on Iran".

"It is not over yet," he added. "There is still a long way to go, but there are encouraging signs."

A senior Israeli official said that everyone was asking them what comes next in terms of the nuclear deal.

"It is time to have a dialogue with the Americans and the Europeans... to put on the table a credible military threat to pressure Iran into a better deal", than just returning to the JCPOA, said the official.

The US has been pushing for greater military cooperation between Israel and its Arab partners, floating the idea of a potential “Middle East Nato,” however, Gulf Arab states have been lukewarm to the idea.