The announcement of the submarine deal in 2012 had angered Israel, which bought the same model from Germany Germany has exported the first of four state-of-the-art military submarines to Egypt, it was announced on Wednesday.

One of the vessels was inaugurated in Germany on 10 December, Berlin’s ambassador to Cairo, Julius Georg Luy, told the state-run Egyptian MENA news agency.

The submarines are being built by the German construction juggernaut ThyssenKrupp. The company’s share price jumped by over seven percent after completion of the deal was announced on Wednesday night.

The submarines are being built in the northern coastal city of Kiel, which is famed for its ship-building and last week exported the fifth of six new ThyssenKrupp vessels bound for Israel.

The first two of the four submarines are thought to have been ordered in 2011, though the deal only became public in August 2012 following statements by Egyptian Rear Admiral Osama Ahmed al-Jundi.

A 10 December statement from ThyssenKrupp about the first vessel’s inauguration was the company’s first acknowledgement of the deal, though the press release gave no other details about the submarines or forthcoming delivery dates.

The second order for two submarines was announced in February 2014.

Announcements of the submarine deals caused friction between Germany and Egypt's neighbour Israel, whose navy contains vessels of the same model and whose territorial waters border those of Egypt in the Red Sea.

All four Egyptian submarines are thought to be Type 209, 64-metre long vessels armed with torpedoes and capable of firing land- and ship-striking missiles from on deck.

The value of the deal has not been made public, although the same model has previously been purchased by South Africa at a cost of $285mn per unit.

Announcing the submarine deal, Luy celebrated a positive year for German-Egyptian relations, which has seen an 18.5 percent increase in German exports to the North African country.

Germany became the world’s fourth-largest arms exporter in 2015, overtaken for the first time by China.

Egypt imported almost $3bn worth of arms in 2014, with figures for 2015 not yet available.

However, the past year has seen Cairo announce a number of high-value purchases, including a $5bn deal with France for fighter jets and deals with Russia. Arms Trade
Bulgaria sells arms to Saudi and UAE, likely for use in Syria war 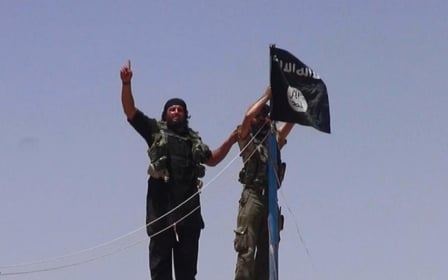