Germany, which is providing arms and weapons training to Kurdish forces, says US and Iraqi specialists will investigate if IS attack was chemical A German military expert (L) speaks with Kurdish Peshmerga fighters during training at a shooting range on 2 October 2014, in Arbil, Iraq (AFP)
By
MEE and agencies

Kurdish forces fighting Islamic State (IS) militants in northern Iraq appear to have been attacked with chemical weapons, the German defence ministry said on Thursday.

The allegations follow claims in March by the autonomous Kurdish government in northern Iraq which said it had evidence that IS used chlorine in a car bomb attack on 23 January.

"We have indications that there was an attack with chemical weapons" against Kurdish peshmerga fighters that left many suffering from "respiratory irritation", a German defence ministry spokesman told AFP.

The Wall Street Journal cited US officials as saying they believe mustard gas, which may have come from stockpiles of banned poisons that Syrian President Bashar al-Assad was forced to get rid of in 2013, was used in the attack.

But the peshmerga official, speaking on condition of anonymity, suggested the attack used chlorine and did not mention mustard gas.

"Last Tuesday afternoon, peshmerga forces in the Makhmur area 50 kilometres (30 miles) west of the city of Erbil were attacked with Katyusha rockets filled with chlorine," the official said.

The German defence ministry, which is providing arms and weapons training to the Kurdish forces, said that "American and Iraqi specialists from Baghdad are on their way to find out what happened".

A ministry spokesman later stressed that German forces were not present during the attack.

Germany has been supporting peshmerga fighters since September in their push against IS, and currently has about 90 personnel on the ground.

"German soldiers were not affected or in danger" during the reported attack, the spokesman said. "The protection of our soldiers in northern Iraq is already at the highest level."

A US official, speaking on condition of anonymity, said claims IS had used chemical weapons on the Kurds were "plausible".

The Pentagon, meanwhile, said it was "seeking additional information" about the alleged attack.

"We continue to take these and all allegations of chemical weapons use very seriously," said Pentagon spokesman Navy Captain Jeff Davis.

IS has previously been accused of using chlorine against Kurdish forces in Iraq.

Along with the January attack, the Conflict Armament Research group and Sahan Research group said last month that IS had also targeted peshmerga with a projectile filled with an unknown chemical agent on 21 or 22 June.

The chemical used had characteristics and clinical effects "consistent with a chlorine chemical agent", the groups said.

The organisations said they had also documented two such attacks against Kurdish fighters from the People's Protection Units in Syria's northeastern Hasakeh province on 28 June.

It said that upon impact, the projectiles had released a yellow gas "with a strong smell of rotten onions".

There were no deaths but troops exposed to it had experienced burning of the throat, eyes and nose, severe headaches, muscle pain, impaired concentration and mobility, and vomiting. 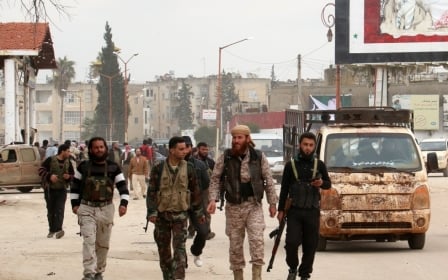 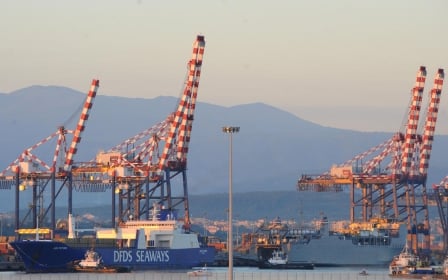