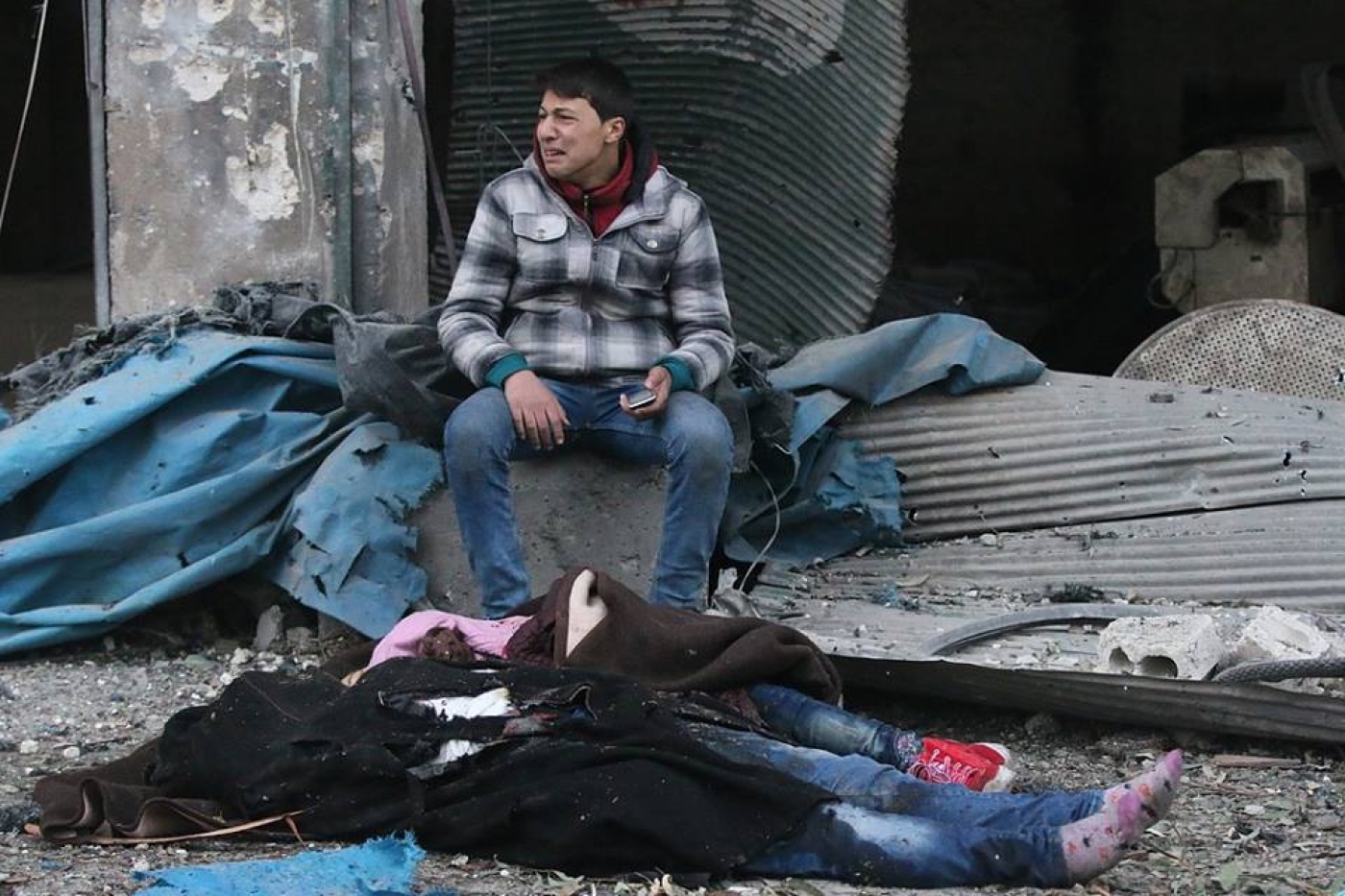 Syria's army has been accused of killing dozens of civilians in Aleppo as they tried to flee a rebel-held area engulfed in violence to districts controlled by the government.

The alleged attack is just one in a bloody day for the city, which ended with the UN issuing a desperate plea for the Security Council to help break a months-long siege.

"For the sake of humanity we call on - we plead - with the parties and those with influence to do everything in their power to protect civilians and enable access to the besieged part of eastern Aleppo before it becomes one giant graveyard," said Stephen O'Brien, the UN under-secretary-general for humanitarian affairs.

The Syrian civil defence group, known as the White Helmets, on Wednesday said that a government artillery attack killed at least 45 people, including many children, as they tried to escape fighting in Jub al-Quba in the east of the city.

Graphic footage released by the White Helmets showed bodies littering the streets. Jub al-Quba is one of many rebel-held areas that has experienced an influx of civilians desperate to flee fighting in the east of the city.

The UK-based activist group, the Syrian Observatory for Human Rights, claimed it was the second time the Jub al-Quba had been struck in as many days, after an air attack killed 25 civilians on Tuesday.

The attack came as the Syrian government was accused of arresting and executing some of the tens of thousands of civilians who reached government areas this week.

The Observatory said hundreds of people hade been arrested after crossing into government-held areas of the city, and that 300 people were "missing". It claimed some of the young men could be taken to join the army, while others may be investigated for links to rebels.

A Syrian military source denied any arrests had been made, but told Reuters news agency that some were being put in "specific places" and questioned to determine if they were "terrorists".

"A large amount of people came out," the source said. "There are enormous numbers that need checking and follow-up. That's the situation."

Brita Hagi Hasan, the president of the Aleppo local council who is in exile in France, said there was "documented evidence" that civilian men under 40 had been targeted by government forces.

"The regime is occupying some (new) areas of Aleppo. We have documented evidence, proof of executions and reprisals," he said. "The civilians are calling for the world to help. In the name of humanity let the civilians leave the city. Help the civilians. Protect the civilians."

Violence continued to rage across the city on Wednesday, with the Syrian army saying eight civilians had been killed in a western area of the city by rebel rocket fire.

The Observatory also said on Wednesday as many as 50,000 people had fled rebel areas of the city during the last 72 hours of fighting, as Syrian government forces rolled through opposition frontlines, mostly in the northeast of the city.

Middle East Eye could not verify the figure, and the International Committee for the Red Cross hours earlier put the numbers closer to 20,000. An estimated 250,000 people have been trapped for months in rebel-held areas by a Syrian army siege.

The Syrian government has said on several occasions it would offer amnesty to rebels who crossed into its territory in Aleppo, and would accept civilians as part of a "national reconciliation" against "terrorism".

However, both rebels and civilians have until this week largely refused the offers - with many fearing they would be arrested. The Syrian government says fighters have prevented civilians from leaving their areas of control.

On Tuesday, the Guardian reported that Syrian government loyalists had arrested men in the Masakan Hanno district of the city after rebels retreated from the area on Sunday, and they had not been seen again.

A senior official in the pro-Damascus military alliance said on Tuesday that Syria and its allies aim to drive rebels from Aleppo before 20 January, when Donald Trump takes office as US president.

Zakaria Malahifji, head of the political office of the Aleppo-based Fastaqim rebel group told Reuters that his men would not abandon the city.

"A withdrawal by the factions is rejected," he said from Turkey. "This is the decision of the factions. I spoke to them about everything that was tabled and they said they would not withdraw; other things may also happen." 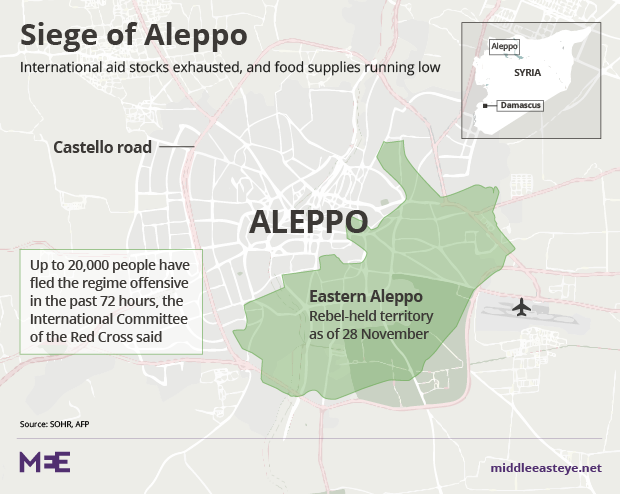 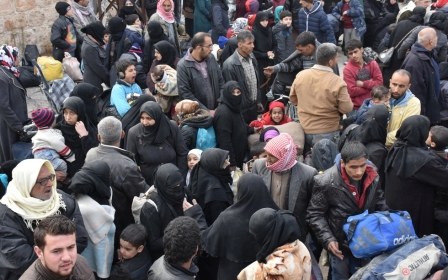 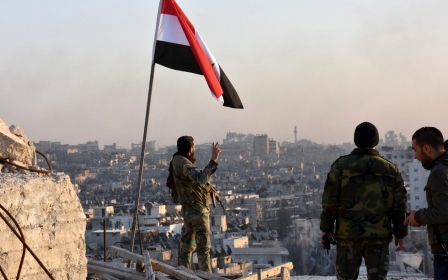 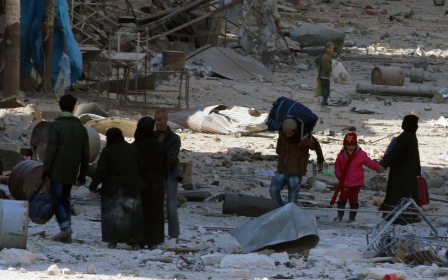