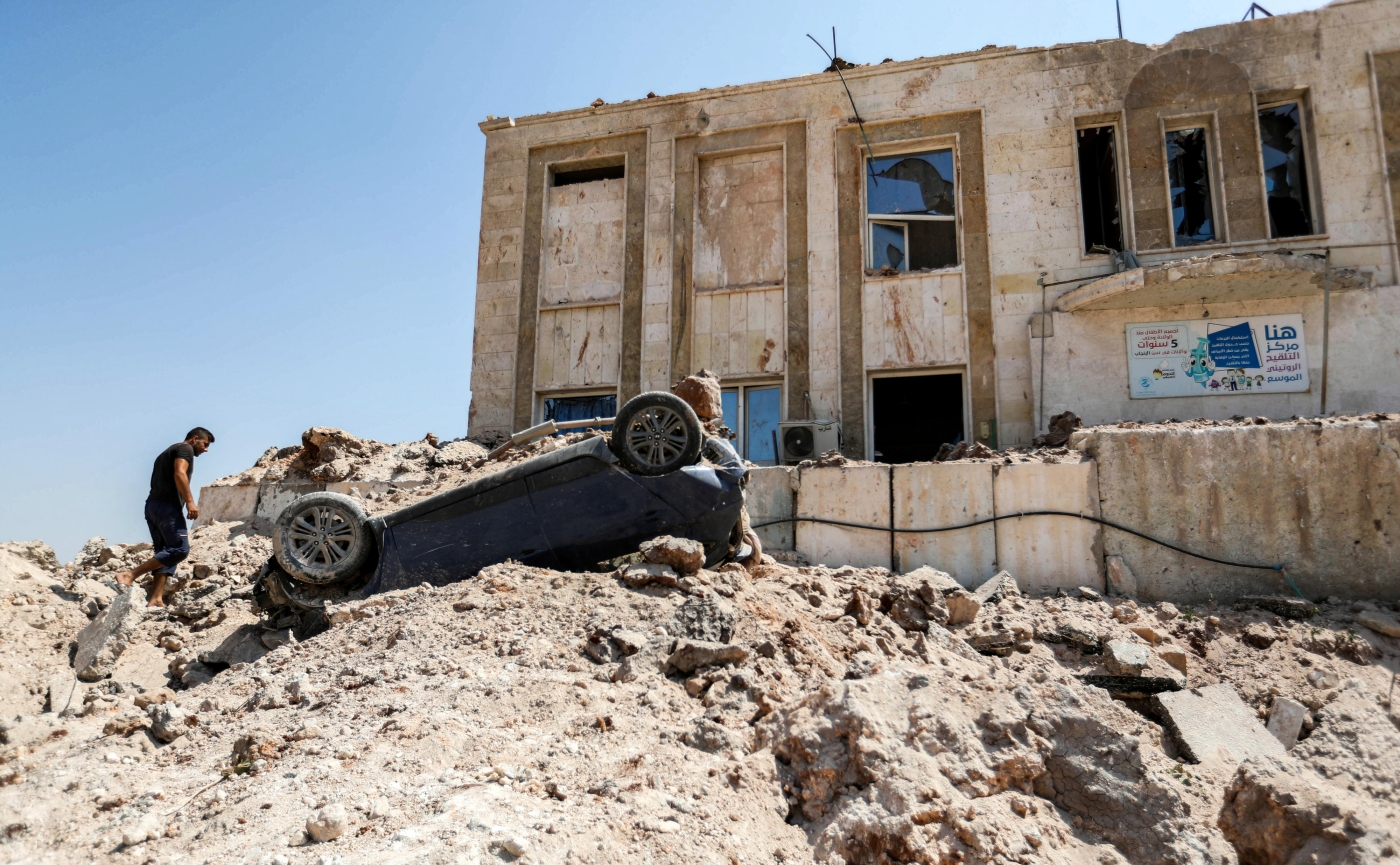 A view outside a health facility that was hit by a reported Russian air strike after midnight in town of Orm al-Kabir in the western countryside of Syria's northern Aleppo province, just before a truce went into effect (AFP)
By
Harun al-Aswad

A US-led coaltion air strike killed dozens of militants in Syria's Idlib province on Saturday, the first day of a ceasefire in the rebel-held enclave.

At least 40 militants belonging to the Hurras al-Deen, an al-Qaeda affiliate, and other militant groups such as Ansar al-Tawhid were killed in a training camp, sources and the Syrian Observatory for Human Rights activist group said.

The Pentagon confirmed responsibility for the strike. The US-led coalition fighting the Islamic State group has struck militants in the rebel-held enclave previously.

'There is a very high security alert. I think the attacks targeted Hurras al-Deen leaders'

A source, who spoke on condition of anonymity, said the attack hit the militants on the road between the cities of Maarrat Misrin and Idlib, and targeted a militant headquarters.

"There is a very high security alert. I think the attacks targeted Hurras al-Deen leaders," the source said

A ceasefire came into effect in Syria’s northwestern Idlib province on Saturday after the pro-Syrian government forces agreed to halt their aerial bombardment as part of a Russian-backed deal.

However, sources on the ground have told MEE that the hours leading up to the start of the ceasefire were marked by heavy bombardment by government and Russian forces, which disabled a health centre.

And though aerial bombardment may have eased, heavy artillery continued to pound some areas of the rebel-held enclave, targeting three villages. Clashes between government forces and rebel fighters also stopped on the edges of the Syrian opposition stronghold after the ceasefire went into effect.

Mohammed Rashid, spokesperson for Jaish al-Nasr, a rebel group that fights under the National Liberation Front, told MEE: "Most clashes occurred during the night. Since 6am today, the timing of the ceasefire announcement, there have been no clashes or attempts to advance by Syrian government forces and their allies,"

Damascus ally Russia said that government forces would observe the ceasefire in an effort "to stabilise the situation" in Idlib, which is controlled by opposition forces.

The Syrian government agreed to the deal, but a military source said the army "reserves the right to respond to violations" committed by militants, state news agency SANA said.

Despite some respite, the hours leading up to the truce saw heavy bombardment, and villages near the front line in Idlib province's south have been pummelled by artillery, Rashid said.

"During the hours of the night before the ceasefire began, Syrian government forces tried to advance from the village of Khirbat al-Naqus in the al-Ghab Plain. The area witnessed violent clashes, and all attempts to advance on the fronts of the al-Ghab Plain north of Hama were countered," he said.

"Clashes are often violent because they are against Russian special forces."

Russia has previosuly acknowledged its special forces are operating in the area.

Rashid added that a Russian reconnaissance plane went down earlier today after a technical fault, but Hay'at Tahrir al-Sham, the militant alliance controlling Idlib and neighbouring regions, has claimed that it downed the aircraft, which some have suggested was Iranian-made.

The truce comes after a visit by rebel-backer Turkish President Recep Tayyip Erdogan to Moscow, where he sought Russian assistance to de-escalate the conflict.

The Turkish military has come under intense pressure in Idlib in recent days, after an observation point was surrounded by hostile pro-Syrian government forces and a convoy was intercepted and struck by Damascus' warplanes.

As a sign that Turkish troops were now able to operate with greater ease, sources told Middle East Eye that a Turkish military column was seen on to the M-5 Highway, the most important route through the country.

Activist Masood Sayah, who lives close to the highway, told MME: "A Turkish column crossed the highway at around 12pm.

"I think the column is a monitoring patrol between Turkish checkpoints, because the column is small, and no new Turkish column has been detected entering from the border areas in this day," he added.

"The rockets caused large craters and destroyed some parts of the hospital."

The activist identified the type of aircraft as Russian according to the type of missiles that targeted the hospital.

"Eight members of the medical staff were wounded and the hospital was put out of service. It was providing obstetric and childcare services," said Jaber.

'The hospital was completely evacuated and the injured were taken to hospitals surrounding the area.'

Abu al-Joud al-Halabi, an activist based in  western Aleppo, told MME: "The hospital was completely evacuated and the injured were taken to hospitals surrounding the area."

The UN has said 43 hospitals and clinics and 87 educational facilities have been impacted by fighting since April in the region.

Most of the province and parts of neighbouring Aleppo and Latakia provinces are controlled by Hay'at Tahrir al-Sham, a militant alliance led by Syria's former al-Qaeda affiliate.

Russia-backed regime forces have been pushing for a full invasion of the region despite a deal with rebel backer Turkey in September last year to protect the area.

The increased bombardment by Damascus and Moscow since the end of April has displaced 400,000 people, the UN says, and killed around 1,000 civilians according to activists.

Almost half of the displaced are living in camps, reception centres or in the open air, it added.

Earlier this month, Damascus scrapped a similar truce agreement only three days after it went into effect, accusing rebels of targeting a Russian air base.

Syrian President Bashar al-Assad, who now controls around 60 percent of the country, has vowed to reclaim the rest, including Idlib. 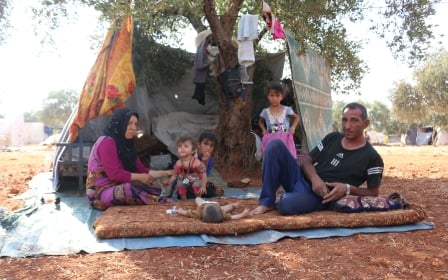