Gulf monarchies back Saudi in row with Iran The GCC "forcefully condemns the attacks on Saudi diplomatic missions in Iran", said a statement, referring to the sacking of Riyadh's embassy and consulate by demonstrators angered over its execution of a prominent Shia cleric and dissident.

The statement, following an extraordinary ministerial meeting of the six-member group, criticised "Iranian interference in Saudi Arabian affairs" over its denunciation of Nimr al-Nimr's execution a week ago.

The GCC "totally supports decisions taken by Saudi Arabia to combat terrorism" and "has total confidence in the independence and integrity of Saudi justice".

Nimr was a highly respected cleric in Saudi Arabia's Shia community who was behind demonstrations calling for better treatment of the minority, but he was executed for terrorism.

His death touched off anti-Saudi demonstrations elsewhere in the Shia world, including the attacks in Iran. Riyadh was accused of silencing his criticism by killing him.

In response to the Iran incidents, Riyadh and Bahrain, which has a Shia majority, severed diplomatic relations with Tehran. Kuwait recalled its ambassador, the UAE downgraded its ties, and Oman and Qatar condemned the attacks.

And they threatened Saturday to "take other measures against Iran if it continues its aggression", without spelling them out. 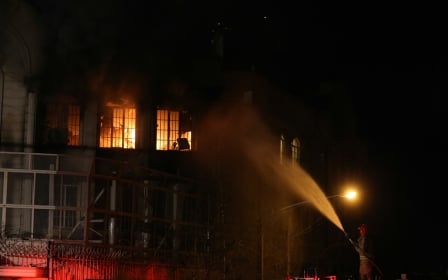 Diplomacy
Saudi deputy crown prince: War with Iran not foreseen 'at all'